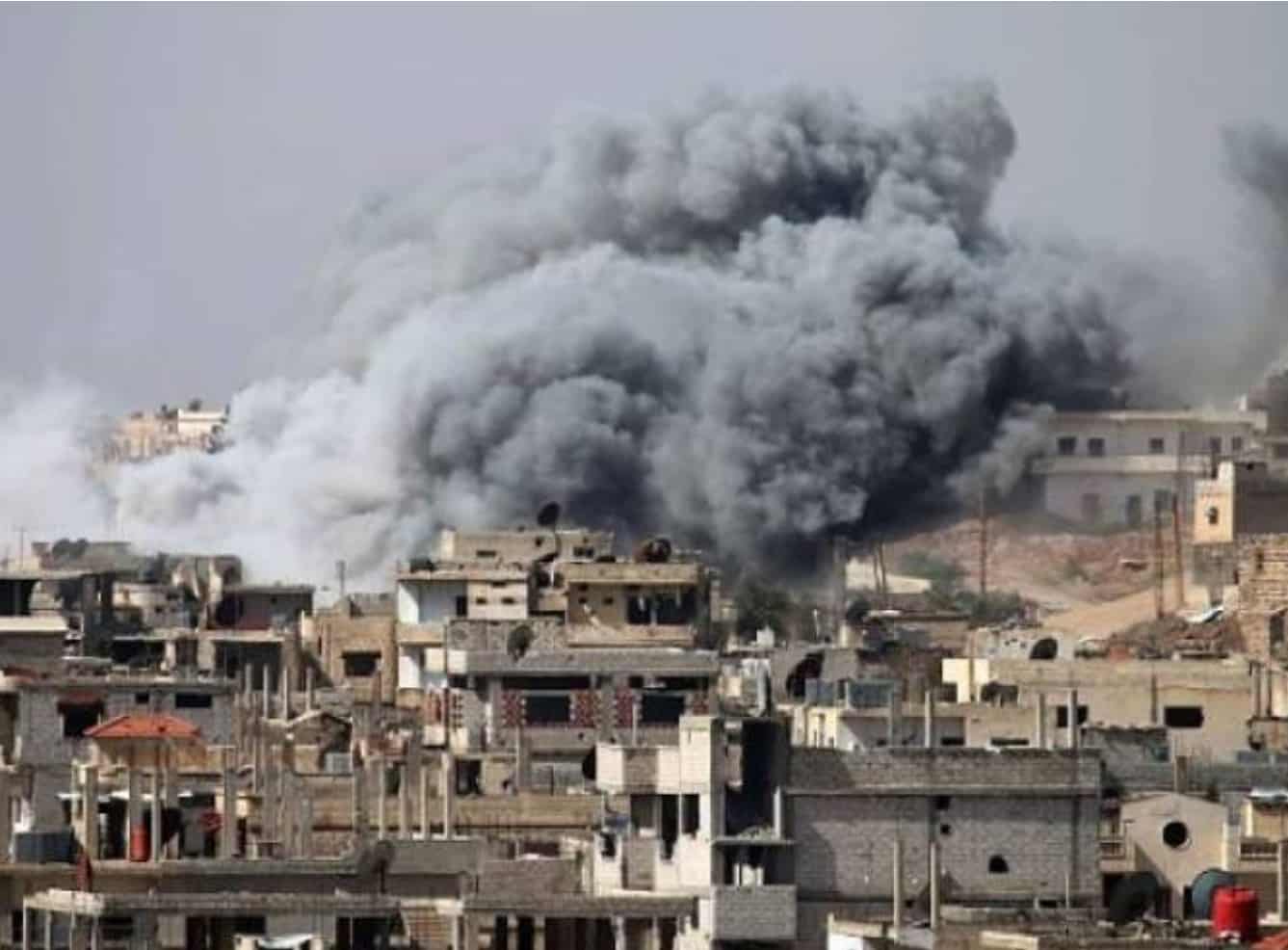 It was a normal day the day before September 11, 2001 in New York City. September 10 was ignorant that the next day events that shake the world would happen.

The same thing we can imagine on the eve of that day when violence broke out in Daraa, in Syria in March 2011, it was a day without any incident, ignorant that we were the morrow of a rebellion about to begin. This was not the case because Daraa was overflowing with activity and with foreign visitors long before the organized insurgency fired its first shots.

Al-Omari Mosque used to play the same role as the scenes in the theater, where clothes were changed and exercises would take place. Yes, the Libyan terrorists arrived in Daraa long before March 2011. They came directly from the battlefields after the US-NATO aggression on Libya with the aim of regime change.

The imam of the Al-Omari Mosque at that time was Sheikh Ahmed Al-Sayasneh, an old man who suffers from a major vision problem that forces him to wear special black glasses, and these glasses in turn affect his eyesight. He was not only visually impaired, but also had a sensitivity to light, forcing him to stay inside the mosque most of the time. He was accustomed to recognizing the people he was talking to by their accent and their voices.

And the people of Daraa have their distinctive accent. All the men who visited the Al-Omari Mosque were residents of the area, and they spoke the local dialect. Of course, visitors from Libya warned that the cleric would not know them, which would lead to their detection. They contented themselves with some important people who bought them with money and remained in complete secrecy. The participation of local Muslim Brotherhood members, who would later assist Libyan terrorist mercenaries, was an essential component of the CIA’s scheme drawn up and directed from Jordan.

The assistance and cooperation of local Salafis allowed the Libyans to enter the city without arousing suspicion. These local hires were the front for the operation.
CIA agents, who were running the operation from their offices in Jordan, had sent the weapons and funds needed to spark the flames of the revolution in Syria. It is easy to spark a revolution anywhere in the world with so many weapons and money.

In fact, the Daraa rebellion did not erupt in March 2011 because of some graffiti of teenagers, as it was said, and there were no disaffected parents calling for the release of their children. It was a chapter in a Hollywood scenario written and cooked by expert CIA agents with a single mission: to destroy Syria for the sake of regime change. And Daraa was chapter number one – scene number one.

The fact that these so-called teen artists and their parents have not been found, have not been named, and that there is no picture of them is proof that their identity should remain a secret.

It assumes that every rebellion must be supported by the people. It usually happens that the demonstrators take to the street. Then the security forces intervene to maintain order and clear the streets, and when “violent repression” occurs, the remaining “peaceful protesters” will react in anger because they feel persecuted and deceived, and the number of people on the streets increases at that time. This is the moment when the demonstrators have to take one of two directions: either they retreat and return home, or they respond violently and with this violence the security men will respond with more violence in return, which leads to an all-out rebellion.

In the pre-organized rebellion that took place in Daraa, there were local elements on the street who were unaware that they were participating in a Hollywood play that was orchestrated by the CIA. These were none other than the volunteer humpbacks for the movie that was going to start filming. Those “enthusiasts”, unaware of the role they were playing, certainly had grievances that are a generation or more old, and perhaps Wahhabism has been inculcated in their minds, and Wahhabism is a political ideology that was exported to the world from the Kingdom of Saudi Arabia, from the royal family and its pawnbrokers.

Libyans were amassing weapons in the Al-Omari Mosque long before the rumors of teenagers arrested for their graffiti on the walls began. The blind and elderly sheikh was not aware of what was going on inside his mosque, nor of foreign agents sneaking into it.

The weapons entered Daraa from the CIA in Jordan. It is known that the US government has close relations with the Jordanian king and that 98% of Jordanians are of Palestinian origin, which did not prevent Jordan from concluding a permanent peace agreement with Israel, and despite this agreement, five million Jordanian heads of family are denied any human rights in the Palestinian territories.

The Jordanian king is forced to walk daily on the ropes of balance between his citizens, the peace and security of his country, and the interests, or rather the projects of the United States, in the Middle East. And King Abdullah must be not only a juggler but a crook, and the pressure he is being put on is burdening him and Queen Rania, his wife, who is of Palestinian origin. These facts must be seen in the backdrop formed by the Syrian Arab Republic, which considers the principle of the human rights of the Palestinians and their right to freedom and justice the cornerstone of its domestic and foreign policy.

The American policy of attacking Syria with the aim of changing the regime there is not only the motive behind the gas pipelines, oil wells, the strategic location, and gold, but its goal is to turn this cornerstone into dust. Getting rid of President Bashar al-Assad means getting rid of one of the rare Arab leaders, whose voice did not diminish, demanding the rights of the Palestinians.

The fact that Daraa is located directly on the Jordanian border is the only reason for which it was chosen as the place where the first act of the Syrian rebellion will be filmed. And if you asked most Syrians whether they went to Daraa once or whether they intended to visit it, the answer would be: “No.”