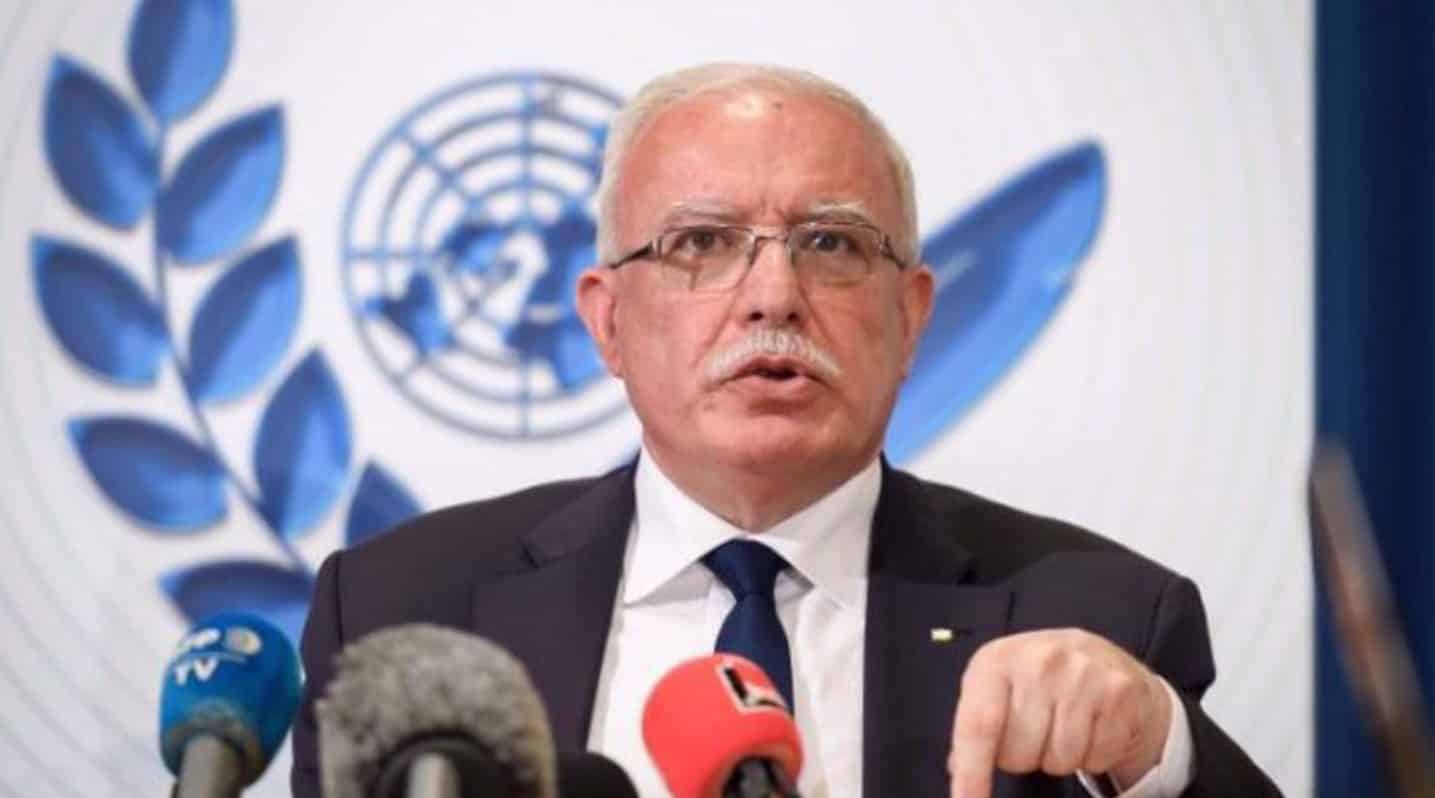 Israeli authorities have confiscated the VIP border pass of Palestinian Foreign Minister Riyad al-Maliki as he was returning to the West Bank from a meeting at the International Criminal Court (ICC), a Palestinian official says.

Press TV: Ahmed al-Deek, an official at Maliki’s office, told Reuters on Sunday that the move by Israeli officials was linked to Maliki’s meeting with ICC’s lead prosecutor, Fatou Bensouda, at her office in The Hague on Thursday.

The Palestinian official added that Israeli officers detained and questioned Maliki’s aides for 90 minutes at the border crossing between Jordan and the West Bank.

Bensouda has announced that she would formally investigate war crimes in the Palestinian Territories. Although her decision has been hailed by the Palestinian Authority, Israel has denounced it.

Maliki’s office said on Thursday that he met with Bensouda to urge that the investigations be accelerated.

The new development came after a UN expert said on February 9 that the ICC’s ruling on its jurisdiction to investigate Israeli war crimes in the occupied territories “opens the door” for justice in Palestine.

Michael Lynk, the UN special rapporteur on the situation of human rights in the Palestinian territories, made the remarks in reference to the ICC’s ruling that it has jurisdiction to investigate the atrocities committed by the Israeli military in the occupied West Bank and the besieged Gaza Strip since 1967.

“The leading political organs of the United Nations have repeatedly failed to enforce their own significant body of resolutions on the Israeli occupation”, Lynk said, adding, “This ruling opens the door for credible allegations of Rome Statute crimes to finally be investigated and potentially reach the trial stage at the ICC.”

Israel occupied East Jerusalem al-Quds, the West Bank and the Gaza Strip, territories the Palestinians want for their future state, during the six-day Arab-Israeli war in 1967.

About 700,000 Israelis now live in over 230 illegal settlements built in the West Bank and East Jerusalem al-Quds since then. The international community views the settlements as illegal under international law but has done little – if any – so far to pressure Israel to freeze or reverse their exponential growth.