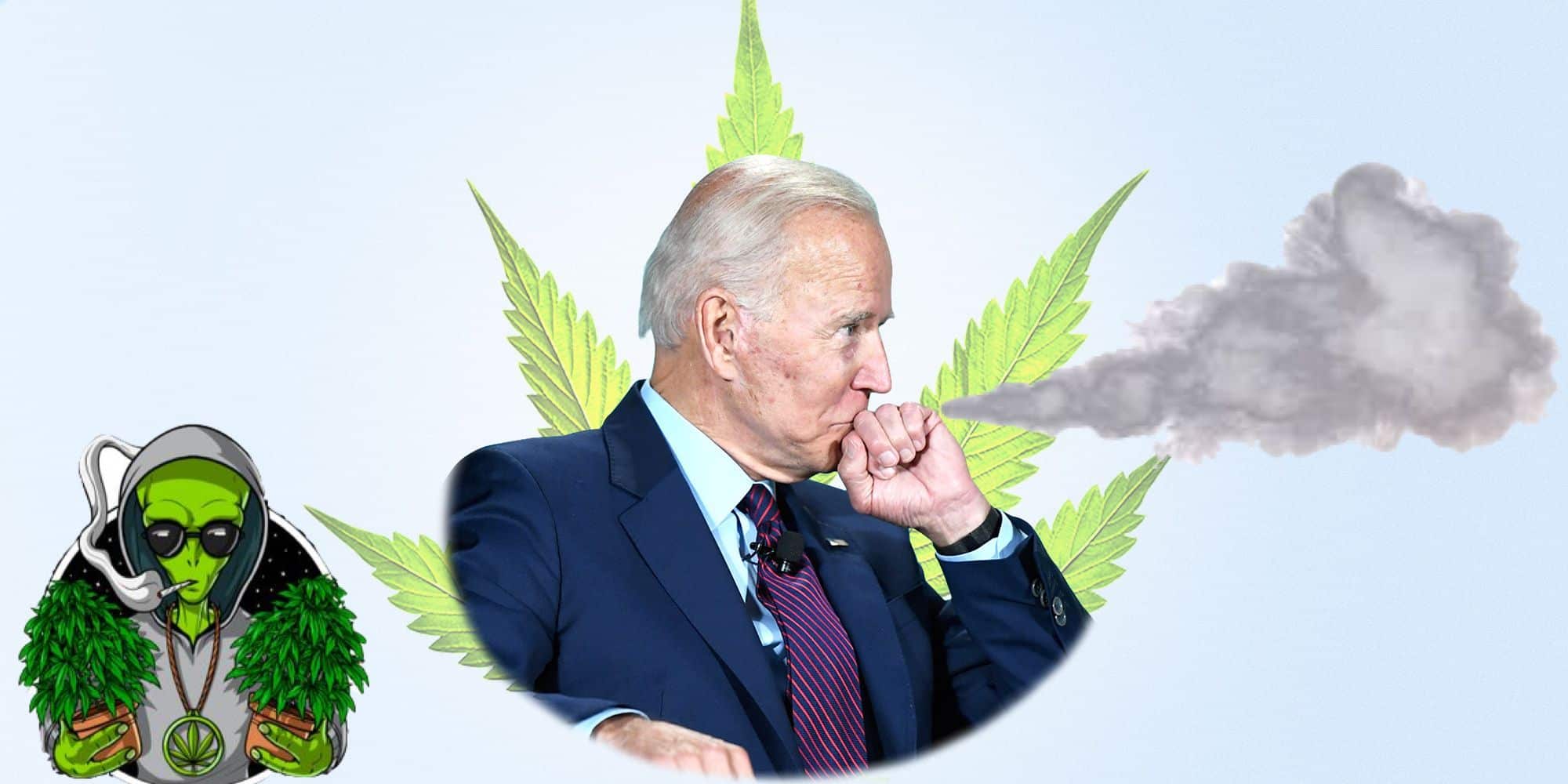 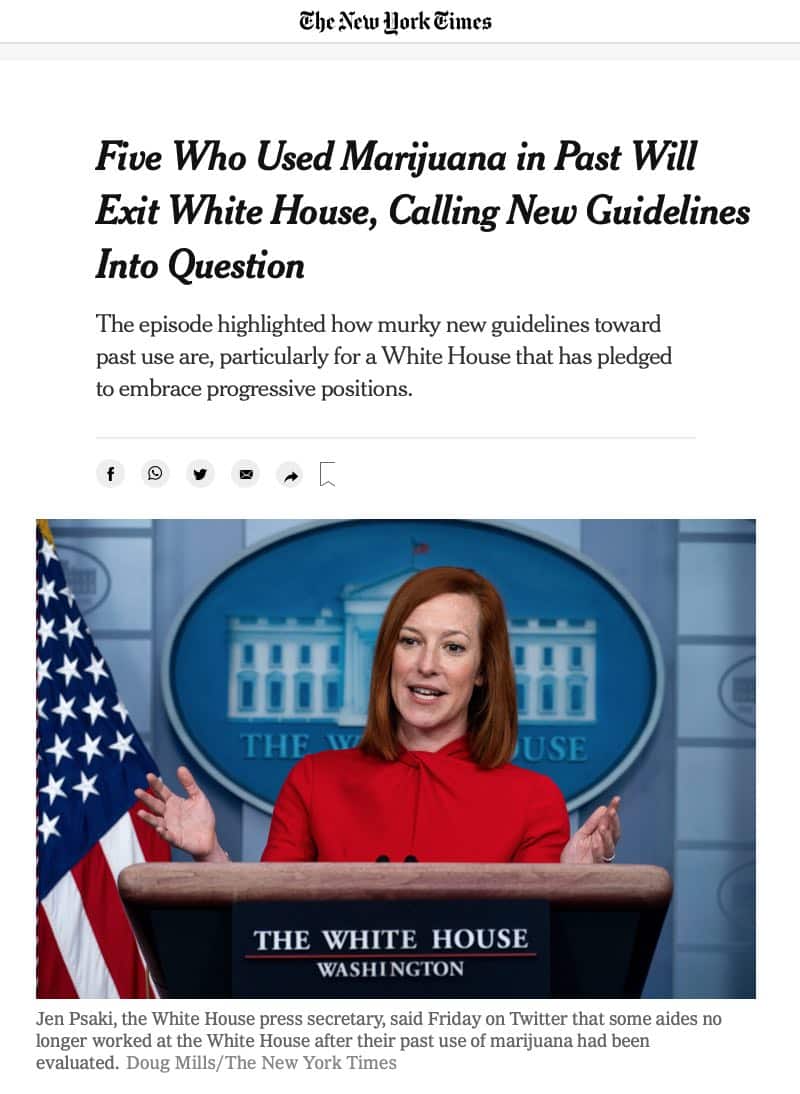 Five White House advisors who used marijuana in the past, but have given it up in the present and vowed not to partake in the future, have been ignominiously booted from the Biden Administration.  Press Secretary Jen Psaki explained: “The President (cough, cough) wants only fully-qualified stoners—people who are truly high on America, and who are smoking weed right now at this very moment (whushshshshshsh) and who will keep right on toking till doomsday. Ex-users, T-breakers, and others who are not fried, stoned, baked, bouldered, blitzed, blazed, dazed & confused, short-term-memory-impaired, and looking just as clueless and brain-dead as the Burnout-in-Chief himself, are not welcome in this Administration.”

Biden, stumbling down the stairway from Air Force One, collapsed on the tarmac and rolled around laughing his ass off, sputtering: “Lying dog-faced pony soldiers say they stopped smoking hahahahahahahhahahahahah! You don’t smoke-a de ganja mon den you ain’t black, you ain’t no bad dude wif no buncha bad boys like my man Corn Pop. You! Off the plane or I’ll come drag you off! Where’s President Barack America? Who’s bogarting the bong? Hey President Harris, you’ve got a slight Indian accent, so how’s about getting me me some Dunkin’ Donuts RIGHT NOW!”

Inspired by the now-mandatory ganja, the Biden Administration is reportedly contemplating a 50 gazillion dollar bailout package, including a Green New Deal featuring Guaranteed Basic Bong-hits (GBB) for every American.