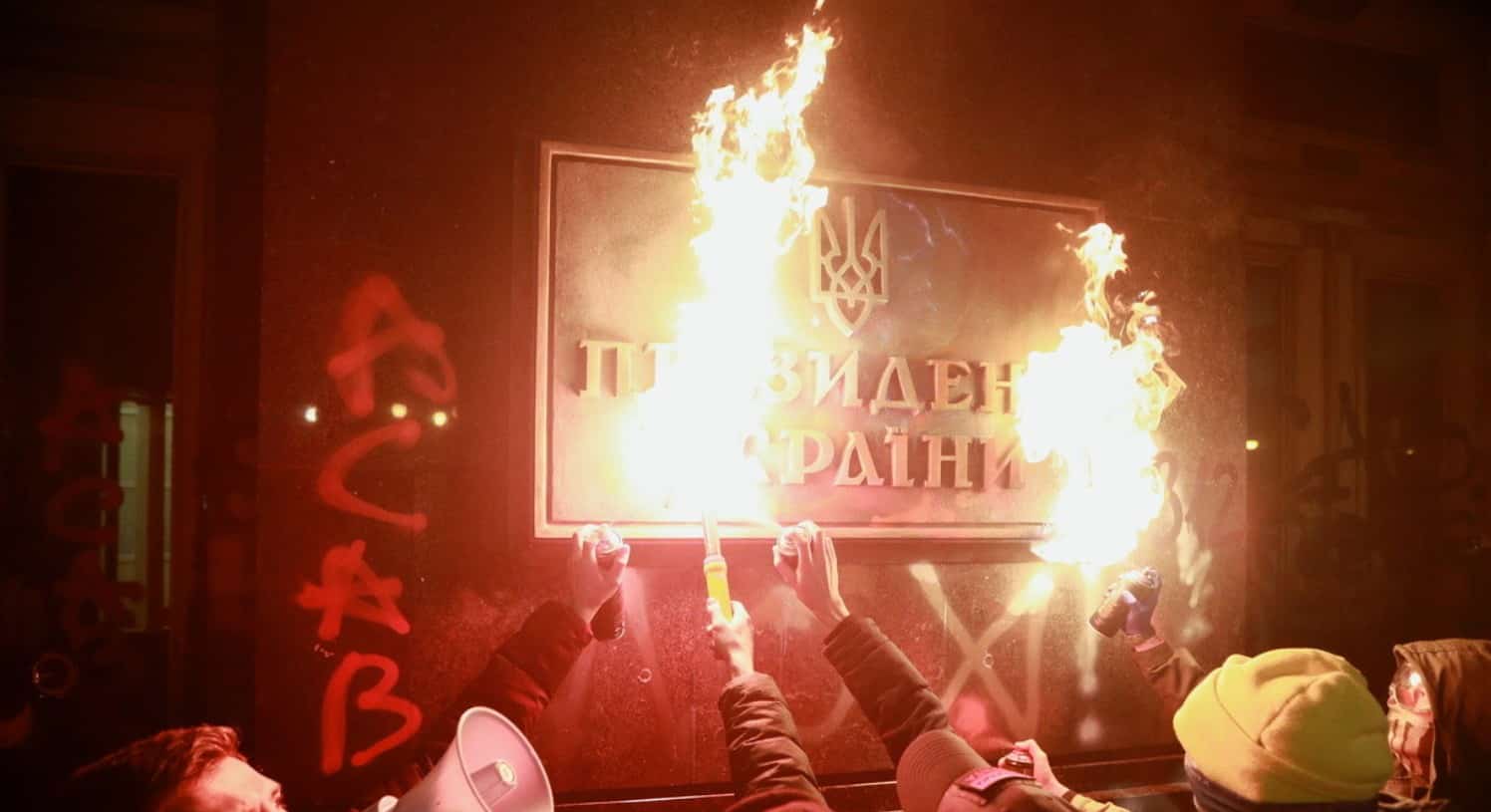 The Russian media is supporting this story.
RT: A crowd supporting a notorious Ukrainian far-right leader, sentenced to seven years in prison for the kidnapping of a politician, has vandalized the presidential office in Kiev as they demanded his release. No arrests were made.

Some 3,000 radicals gathered in front of the landmark building, on Saturday, to mark the birthday of Sergey Sternenko, the former head of the Odessa branch of the Right Sector, an association of radical anti-Russia Ukrainian Neo-Nazi organizations. The ultranationalists used the occasion to call for him to be freed.

In late February, Sternenko was sentenced to seven years and three months in prison for the kidnapping of a district council MP, Sergey Shcherbich, in 2015. The man himself denies the charge and his backers see him as a victim of “political persecution.” Sternenko is also accused of premeditated murder after killing a man in a street fight in 2018. He is yet to be tried on this charge.

The crowd that gathered in front of the presidential office pelted it with flares and smoke pellets. They also broke its windows and sprayed the walls with paint, while chanting slogans such as ‘Freedom to Sternenko!’ and demanding the resignation of Ukrainian President Volodymyr Zelensky. At some point, they managed to set the plaque reading ‘The President of Ukraine’ on fire.

Police were deployed to the scene. However, the officers did not prevent the crowd from vandalizing the building and did not arrest any of the rioters. Later, Ukraine’s deputy interior minister, Anton Geraschenko explained that the police did not want to give the group a reason to claim the officers “quelled a peaceful protest.” He also described the rioters’ actions as a “provocation” against law enforcement.

Sternenko’s supporters also staged another protest right after the far-right leader was given his sentence by a Ukrainian court in late February. At that time, the protest in central Kiev ended up in clashes with police that saw 27 officers injured.