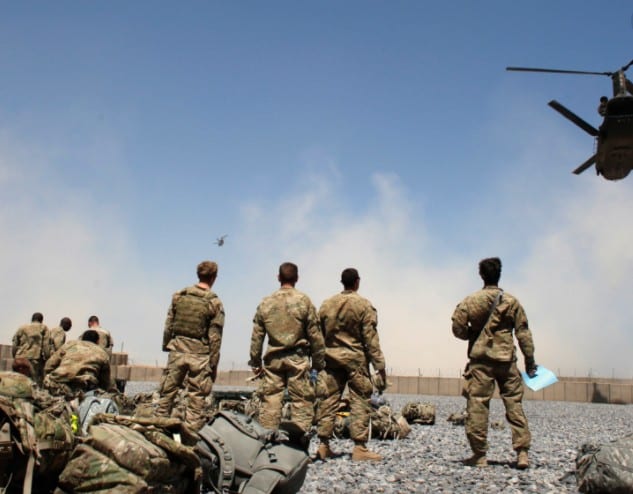 ICYMI: Quincy Institute Applauds Bipartisan Congressional Letter Urging President Biden to Withdraw U.S. Troops from Afghanistan by May 1 Deadline As He Mulls Decision
Washington, DC — Representatives Barbara Lee (D-CA) and Ken Buck (R-CO) released a letter on Friday to President Biden urging him to adhere to U.S. commitments and his own pledges as a candidate and president to end forever wars by withdrawing U.S. troops from Afghanistan by May 1st. Defense Secretary Lloyd Austin made an unannounced trip to Afghanistan over the weekend and said of the May 1 deadline that President Biden is still “work[ing] his way through making that decision and no decisions have been made.”
Reps. Lee and Buck commend the Biden administration’s early and aggressive efforts to accelerate the diplomatic process both within Afghanistan and with key regional stakeholders and global leaders. They argue that “meeting the May 1 deadline is vital to this effort.”
Reps. Lee and Buck note that the Defense Intelligence Agency has concluded that the “Taliban is very likely prepared to resume its campaign of violence against U.S. and coalition targets if it perceives that coalition forces have stalled or reversed course on the agreed upon-withdrawal.” A resumption of violence will likely result in hundreds of U.S. casualties, sucking the United States back into a war already in its 20th year.
The following is a statement by Andrew Bacevich, President of the Quincy Institute for Responsible Statecraft:
“This bipartisan support for withdrawing U.S. troops comes at a critical time in this debate. President Biden should follow through on his pledge to end the forever wars, but I fear that his administration is considering an extension of the U.S. military presence beyond May 1st that has virtually no chance of achieving its objectives. Protecting the fragile gains of the Afghan people since Taliban rule requires giving the peace process the best chance at success. But the presence of U.S. troops beyond May 1st exposes them to resumed attacks from the Taliban which will ultimately undermine President Biden’s ability to facilitate negotiations. We’ll almost certainly be in a worse place in November than we are now. President Biden should know he has bipartisan support for pulling U.S. troops out by May 1st.”