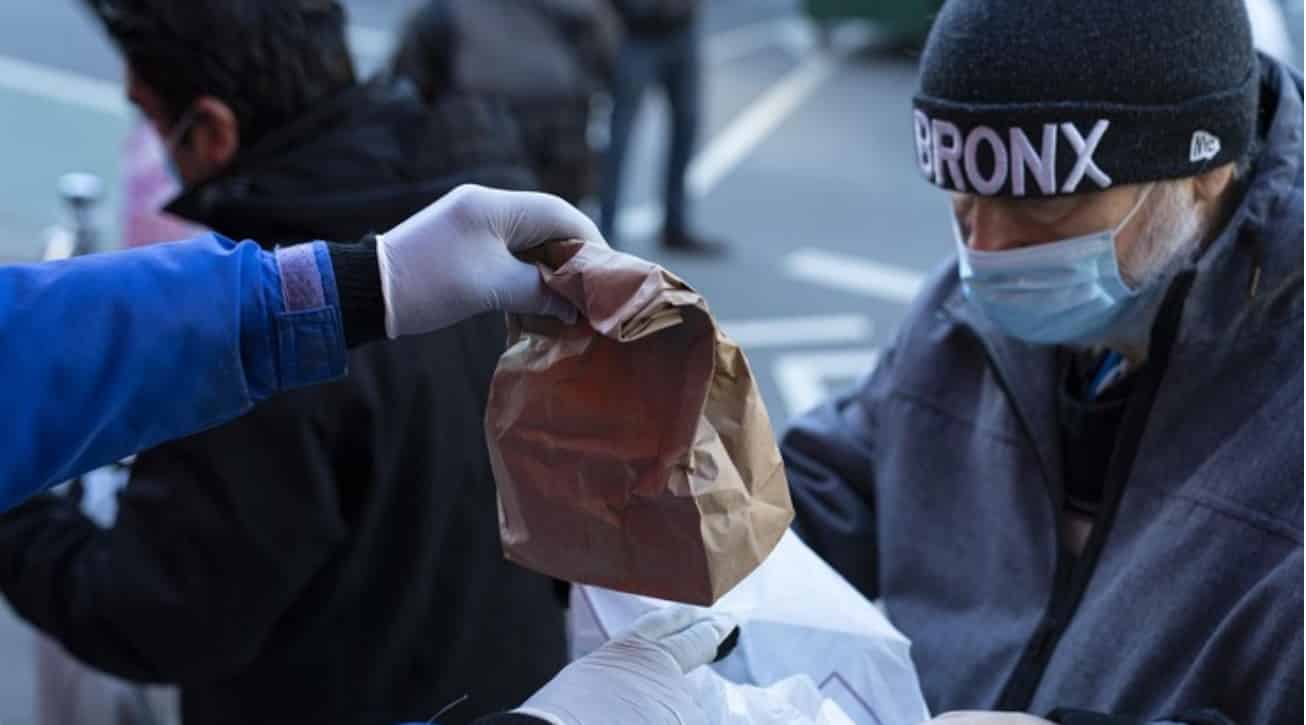 By Gordon Duff and New Eastern Outlook of the Russian Academy of Science (Est: 1816)

The world as it exists at the onset of spring 2021 (Northern Hemisphere) may well be no accident at all. The planet is less free than any time in centuries, with trends toward radicalization of hundreds of millions, increased militarism, decline in living standards and the onset of a global “police state” is a reality.

The supposed gaffs of Donald Trump, disease denialism, discouraging protective measures, a trillion dollars of “bail out” stolen by fat cats and a failed vaccine program are not minor evidence of these assertions.

The US has descended into anarchy with armed mobs bringing government to a standstill.

Behind this uprising is the very seen hand of a festering disease that has been at the heart of America for generations, corrupt police, corrupt politicians, a religious community steeped in fear and hatred and a society that has forgotten its core values.

COVID is a catalyst for change and may well have been deployed specifically for that purpose. Then that other question follows, Cui Bono? (Who Benefits?)

You do not have to be a genius to figure that one out.

It is over a year into the pandemic, according to some sources, longer, dating initial outbreaks in China or Italy and Spain as early as August 2020.

This has given intelligence organizations, public and private, not just massive data but more, an endless flood of inconsistencies, in the disease itself, in records of research into the background of SARS-COV 2 and how some governments have dealt with the pandemic.

We will begin with a warning, COVID 19 is a real disease with real dead, real disabled, uncounted disabled and the current vaccines all work.

Assertions made about vaccines, particularly AstraZeneca tied to blood clots are curious. Let us look at one of them, dated March 20, 2021 and republished from Reuters to right wing websites around the world.

When we say, “right wing,” that brings up something else, something examined long ago, that conspiracy theories and hoaxes are fabricated and disseminated into not just websites and blogs but onto powerful networks, Fox, OAN, Newsmax, UK Daily Mail/Mirror, and through the Murdoch worldwide empire by a consortium of one or more national intelligence agencies.

Considering that the “non-right wing” press openly, if you excuse the abuse of the term “openly,” censors or fabricates fake news on an industrial scale, the publicly “stewed” narrative swings from “mostly false” to “utterly false.”

Now for that Reuters story:

COPENHAGEN (Reuters) – Denmark said on Saturday that one person had died and another fell seriously ill with blood clots and cerebral haemorrhage after receiving the AstraZeneca COVID-19 vaccination.

The Danish Medicines Agency confirmed it had received two “serious reports”, without giving further details. There were no details of when the hospital staff got ill.

Now we add the kicker:

The two, both hospital staff members, had both received the AstraZeneca vaccine less than 14 days before getting ill, the authority that runs public hospitals in Copenhagen said.

What are we talking about here, medically? We are talking thrombosis, an occlusion of a blood vessel caused by the interaction of collagen and platelets caused by glycoproteins. The reasons are most often genetic or air travel.

A similar story came out of Italy March 19, 2021 claiming three Italian police officers dropped dead within minutes of being vaccinated.

The problem here is that in Britain, which tracks vaccine side effects thoroughly, tens of millions have been vaccinated with AstraZeneca and there is no evidence there, in a nation overrun with anti-vaxx groups, that a problem exists.

What does this prove? By “prove,” nothing at all, for or against but it does prove that governments will act on “information” fabricated by the press, “information” that is free of science, free of statistical certainty or even remote probability and do so out of fear.

This is “press terrorism.” They have been doing it a long time, and as we stated earlier, the press itself is now and has been controlled, lock stock and barrel, by intelligence agencies forever.

Intelligence agencies are controlled by powerful malign interests and secret societies. This is not an “overreaching” statement, unless, of course, you look to the press itself for confirmation.

So, what else have we learned about COVID?

COVID 19 was most probably created in a lab by scientists at the University of North Carolina in 2017. The evidence tells us that the former biological warfare laboratory at Ft. Detrick, Maryland “offloaded” its capability to the FDA (Food and Drug Administration), universities such as North Carolina and Harvard and uses facilities in the Republic of Georgia, Kazakhstan and Romania and maintains dark financing through USAID and CIA sources.

Though Google has been cleaning the trail that led inexorably to this conclusion, enough documentation remains for researchers even at this late date.

What does this mean?

It means that COVID either escaped the lab, and there is evidence of 3 “accidents” involving a disease nearly identical or totally identical at the University of North Carolina.

It may also mean that COVID 19 was purposefully created, something that can be scientifically supported, despite statements to the contrary by Dr. Fauci of the Center for Disease Control.

It may also mean that COVID 19 was both created and released to serve an agenda.

If we are going to be looking at potential reasons and explanations for the Wuhan outbreak, we must remember that the Chinese government suggested that the United States brought COVID 19 to China in October 2019 at the Military Games in Wuhan.

The US brought well over 300 participants to the games and yet scored 37th behind the Dominican Republic. China called the US athletes “soy sauce warriors.”

The Chinese government suggested the US had brought the disease to China. That claim is now being reasserted as the US is now deep in turmoil over the recent killing of Asian women in a racial attack, one many tie to Trump’s “Kung-Flu” rhetoric. China was very specific in its “suggestion” that the US created and deployed COVID as a weapon against China:

“It might be US army who brought the epidemic to Wuhan,” Zhao suggested, calling for the CDC – and the US in general – to “be transparent” and share what they know about where and when “Patient Zero” was first diagnosed.

In fact, nation after nation has suggested COVID 19 originated in the US and was spread around the world based on a globalist agenda. However, these stories long disappeared, censored from media, banned by Facebook and Twitter, erased by Google and attacked by the media making any journalist that reports them subject to being ostracized or arrested. From Veterans Today:

“Zhao is not the only high-profile political figure to voice suspicions about the timing of the Games and the introduction of the coronavirus in Wuhan. Former Malaysian PM Matthias Chang offered similar speculation back in January, zeroing in on the event as the launch point for what he deemed a biological war waged by the US against China.”

This statement by a world leader will no longer “historically” exist. Even Zhao has, it seems, been silenced.

We live in a different world than we did a year ago. 30% of the global economy is gone. The West is drowning in debt, its economy is in tatters and confidence in government is gone.

In nations like the US, police have been exposed as not just corrupt and racist but have been shown to belong to well financed and highly organized Fascist militias created by elites to undermine limitations to corporate power.

COVID 19 hoaxes, anti-lockdown protests, anti-vaccine scares worldwide, all carefully coordinated, all supported by Murdoch press organizations, all backed by cash and even weapons stockpiles, are very much a part of this effort, but what effort is this?

Is this effort fomenting new strains of COVID? Will the new strains kill quicker, kill younger or target only the sick or certain ethnicities? Are there people in power who would do such things?

Who would help them? Who would look the other way?

Simply answer, too many.

Gordon Duff is a Marine combat veteran of the Vietnam War that has worked on veterans and POW issues for decades and consulted with governments challenged by security issues. He’s a senior editor and chairman of the board of  Veterans Today, especially for the online magazine “New Eastern Outlook”.