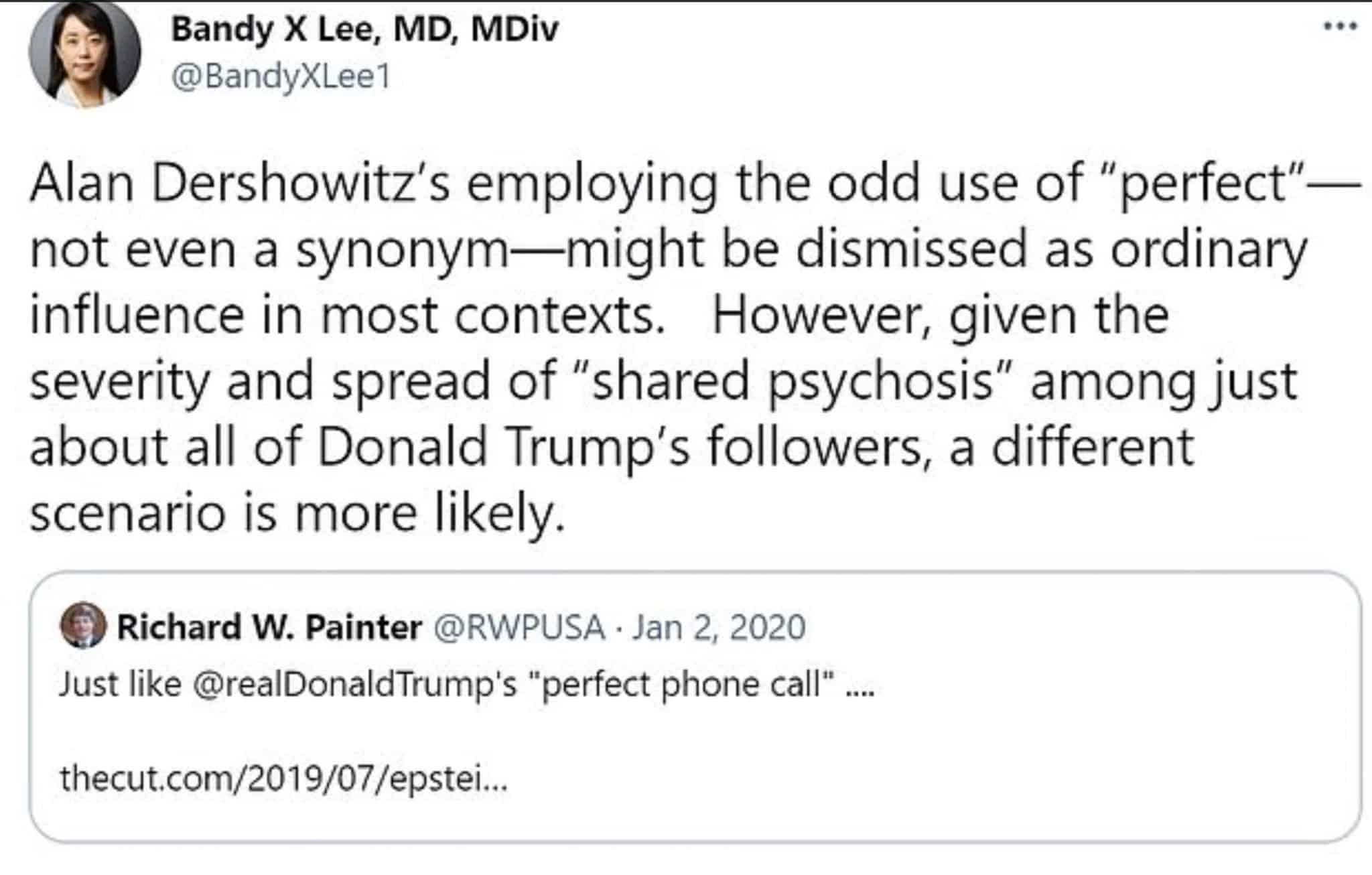 UK Daily Mail: A former Yale professor is suing the university after she was allegedly fired for tweeting about a ‘shared psychosis’ that ‘just about all’ of former president Donald Trump supporters suffered from.

Dr Brandy Lee, a former faculty member in the Department of Psychiatry in School of Medicine, filed a complaint against the Yale Monday claiming that she was unlawfully terminated ‘due to her exercise of free speech about the dangers of Donald Trump’s presidency.’

Dr Lee has been a vocal critic of Trump over the years, notably sending a letter to the Senate Judiciary Committee in 2019 claiming that former President Trump was showing signs of delusion at his impeachment inquiry.

The former professor said in her complaint that Yale fired her for a January 2020 tweet where she described how ‘just about all’ of Trump’s supporters suffered from ‘shared psychosis.’

Dr Brandy Lee, a former faculty member in the Department of Psychiatry in School of Medicine, filed a complaint against the Yale Monday…read more..