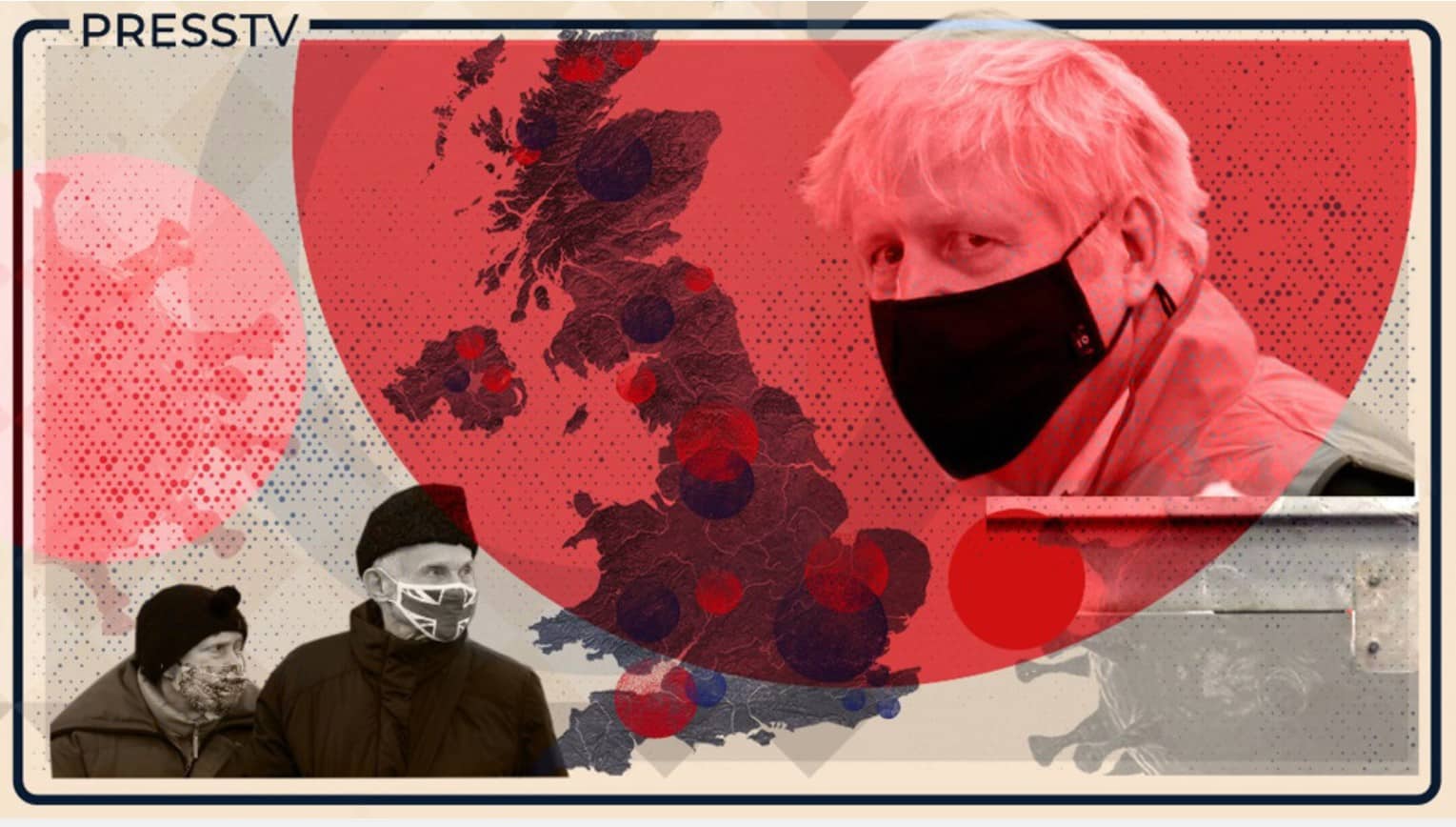 (John Wight is an author and political commentator, based in Scotland.)

If history really is, as the 18th-century statesman and philosopher Edmund Burke declared, ‘a pact between the dead, the living, and the yet unborn,’ we the living in this accursed state known as the United Kingdom are — on the anniversary of Britain going into lockdown on March 23, 2020 — obligated to rage at a Tory machine responsible for one of the highest COVID death tolls in Europe and one of the highest per population globally.

To date, 126,000 people across the UK have died due to COVID-19. Just think about that for a moment! A hundred twenty six thousand and this government expects us to believe that it did everything possible to fight the virus. Its action and inaction at critical moments prove otherwise.

Whether the mad dalliance with herd immunity at the outset in March last year, conjured up in the diseased mind of Prime Minister Boris Johnson’s then-chief adviser, the likewise mad Dominic Cummings; whether the failure to lock down until almost two weeks after the WHO declared COVID a global pandemic, allowing the annual Cheltenham Festival horse racing event to proceed as normal, along with the Champions League football match between Liverpool and Athletico Madrid at Anfield, thus proving the best friend COVID could have; whether the griveous lack of ventilators and sufficient PPE for the NHS at the start of the first wave; and finally, whether the huge government COVID contracts handed out to friends of government ministers in the private sector with no procurement or transparency involved, what we have is criminal negligence, corruption, and nepotism on a scale never before seen in a supposed democracy underpinned by the rule of law and accountability.

“A nation of sheep begets a government of wolves,” legendary US journalist Edward R Murrow reminds us, and in our time, it must be said that England, as opposed to Scotland, is today a nation of sheep, having elected this current government of wolves back in 2019 on the basis of nothing more substantive than retrograde ethno-nationalism and the misplaced sense of exceptionalism enshrined in Brexit.

You can only dine out on the myths surrounding the Second World War for so long, and while British obscurantism has no place at anytime, in the midst of a pandemic, it is death itself.

And yet, despite his grievous and negligent leadership vis-à-vis COVID, Boris Johnson is still polling ahead of Labor’s Sir Keir Starmer. This, to my mind, tells us two things. The first is that, per Francisco Goya, the sleep of reason produces monsters. The second is that Keir Starmer’s Labor Party is part of the problem, not the solution.

The UK is a sinking ship of fools, of this there is now no doubt. Never has it been more divided across its regions and constituent nations. Never has its political class been more compromised by its lack of ability, probity, and integrity. And never has the UK’s mainstream media been more supine in its abject failure to hold the aforementioned to account.

A one-percent pay rise for NHS nurses, despite the literal carnage they’ve experienced over COVID this past year, despite hundreds of them perishing due to insufficient PPE, and despite the warm words of tribute to them that have been issued from the well-fed mouths of government ministers throughout, is rendered even more unjust by the pledge to increase the UK’s nuclear arsenal. If this does not constitute a provocation and insult to the intelligence of every right thinking person in Britain, nothing can or ever will.

Simon Bolivar was never more right than when he averred that, “An ignorant people is the blind instrument of its own destruction.” The extent to which they — meaning this Tory political machine and establishment — are able to beguile so many in the UK into loving the whip-lashing of their backs instead of ripping it out of their hands is a metric, surely, of the British public’s infantilization.

Boris Johnson and his Brexit gang have indeed, since coming to office, gone out of their way to peddle emotive paens to patriotism and British nationalist tropes. They’ve been successful in doing so on the back of a rising tide of nativism and xenophobia across large swathes of England. Such a rebartative dynamic becomes all the more grotesque when you factor in the indispensable role that ethnic minorities and migrants have and continue to occupy in the country’s National Health Service.

It is, with all the aforementioned in mind, long past time that this prolonged experiment in semi-feudalism at home and colonialism abroad was brought to an end. Thus, the knowledge that the train of Scottish independence has left the station and is hurtling down the track as these words are being written is the one ray of hope amid the grim reality of the UK after a year of COVID mayhem.

A hundred twenty six thousand dead people are 126,000 reasons to rage in Britain, not reason on this first anniversary of the UK going into lockdown.