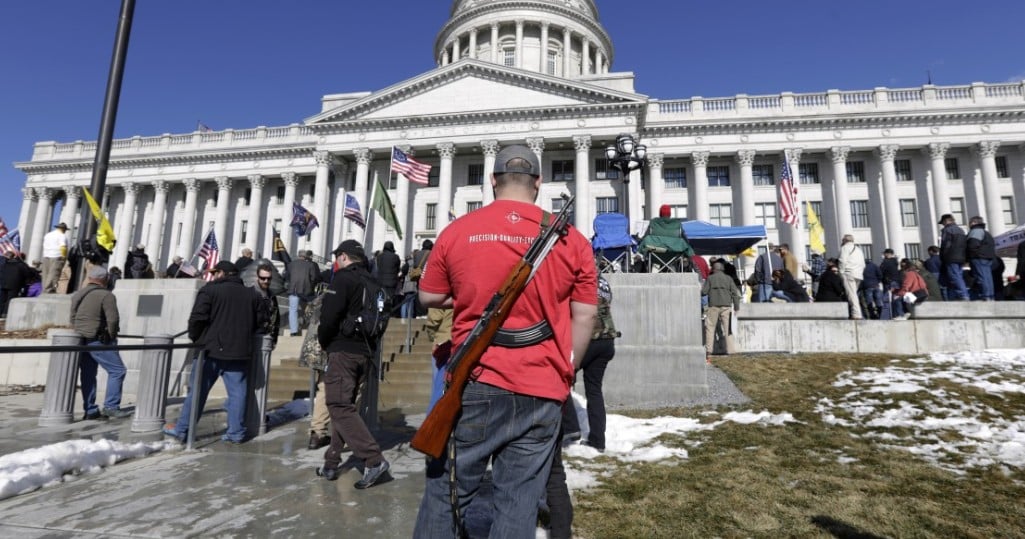 A federal appeals court based in California decided on Wednesday that Americans have no right to open carry guns in public – ruling that states can restrict them without violating the Second Amendment.

A federal appeals court has ruled that states may restrict the open carrying of guns in public, a major ruling that is certain to be appealed to a US Supreme Court hostile to limits on the Second Amendment right to bear arms https://t.co/DjsmvnKmgb

The en banc U.S. 9th Circuit Court of Appeals issued a 7-4 decision that reviewed 700 years of legal history from the United States and England and determined laws have never given people ‘an unfettered, general right to openly carry arms in public for individual self-defense.’

7-4 Ninth circuit ruling: government may ban "carrying of small arms … whether they are carried concealed or openly"

Opinion written by a Bush-appointed judge

The court argued that numerous laws throughout the centuries have upheld the government’s responsibility to protect citizens in public and have prohibited certain weapons in public.

The ruling stems from a lawsuit filed by George Young in 2012 – in which he sued the state of Hawaii for denying permit applications to carry a concealed or openly visible handgun.

Hawaii state law requires a license to carry a gun in public and a Hawaii County regulation dictates that licenses are only granted by the police chief to those who need it for their jobs or otherwise have a ‘reason to fear injury.’  read more…