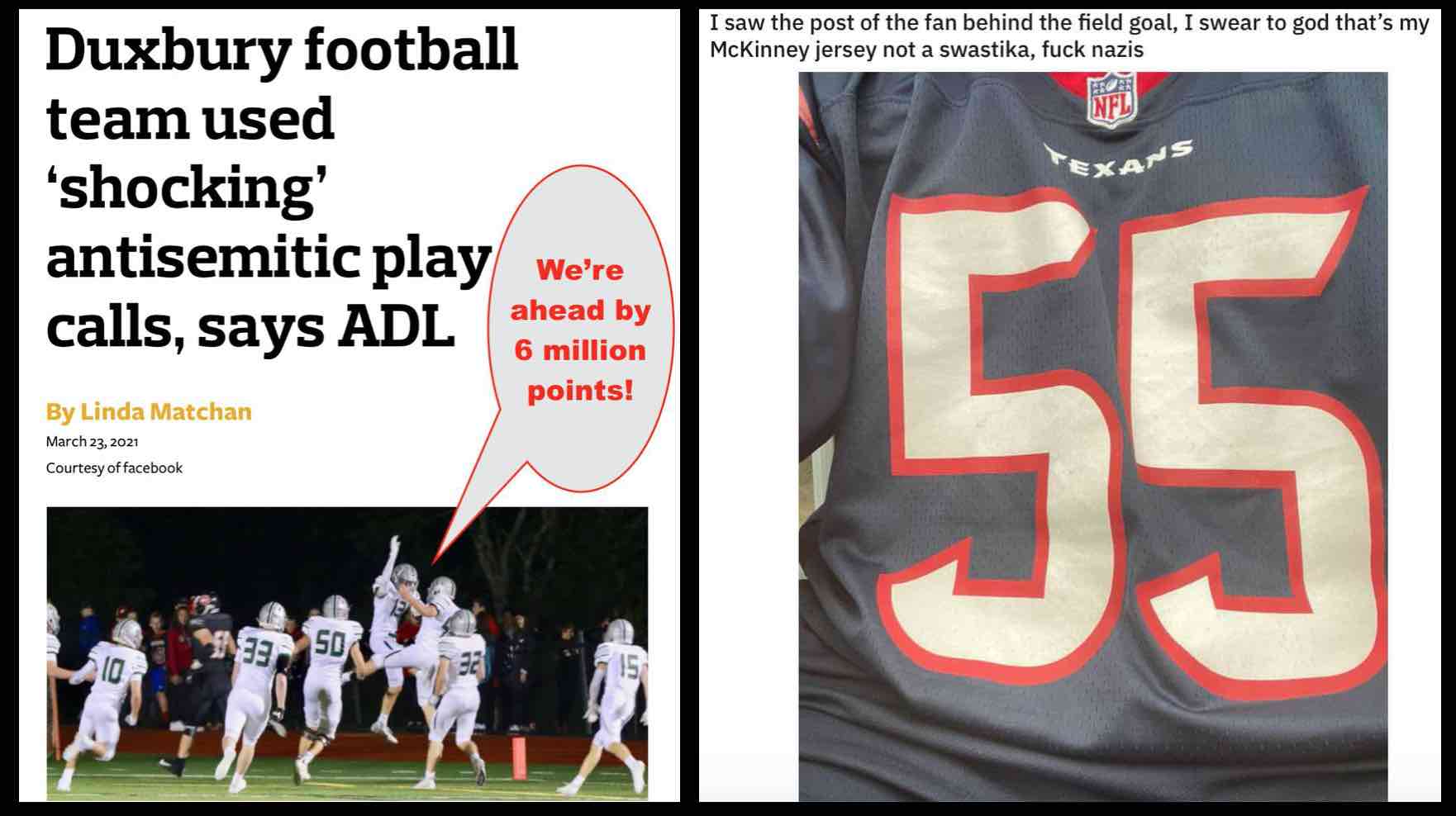 Fortunately the coach was fired. He’ll never work in this town again. Nor will any of his players, nor the cheerleaders, nor anybody else from that school. Even the janitor will never mop floors again. They’re on our list, and they’ll never get off.

Satisfying as such punishments are, they don’t address the underlying issue: pervasive anti-Semitism in American football. Of the 1,696 active players on NFL rosters, only ten are even part-Jewish—and, let’s face it, most of them suck. That means that Jews, who make up two percent of the US population, represent considerably less than 1% of NFL players—making the NFL and pro sports in general the only obscenely-overpaid sector of the US economy without gross Jewish overrepresentation. (Yes, Jews are over-represented in ownership positions by 1600%, but that still isn’t good enough for us, since goy billionaire owners still outnumber Jews by almost two to one.)

We need to find a way to ensure that almost all NFL owners and players are Jews. But how can we do that, given the pervasive anti-Semitic bias in American football culture?

Simple: We need to wipe anti-Semitism right off the gridiron. Here’s how to start.

First, we have to make sure that quarterbacks always call for the snap by barking out “hup hup hup” instead of “hike hike hike.” Have you ever yelled “hike hike hike” really fast? No? Try it. You’ll discover that the second two “hikes” sound suspiciously like the anti-Semitic slur that Leonard Myers unknowingly uses when he plays video games.

Next, we have to abolish the blitz. This anti-Semitic play, in which linebackers unexpectedly rush the passer, was named after a Nazi military maneuver. 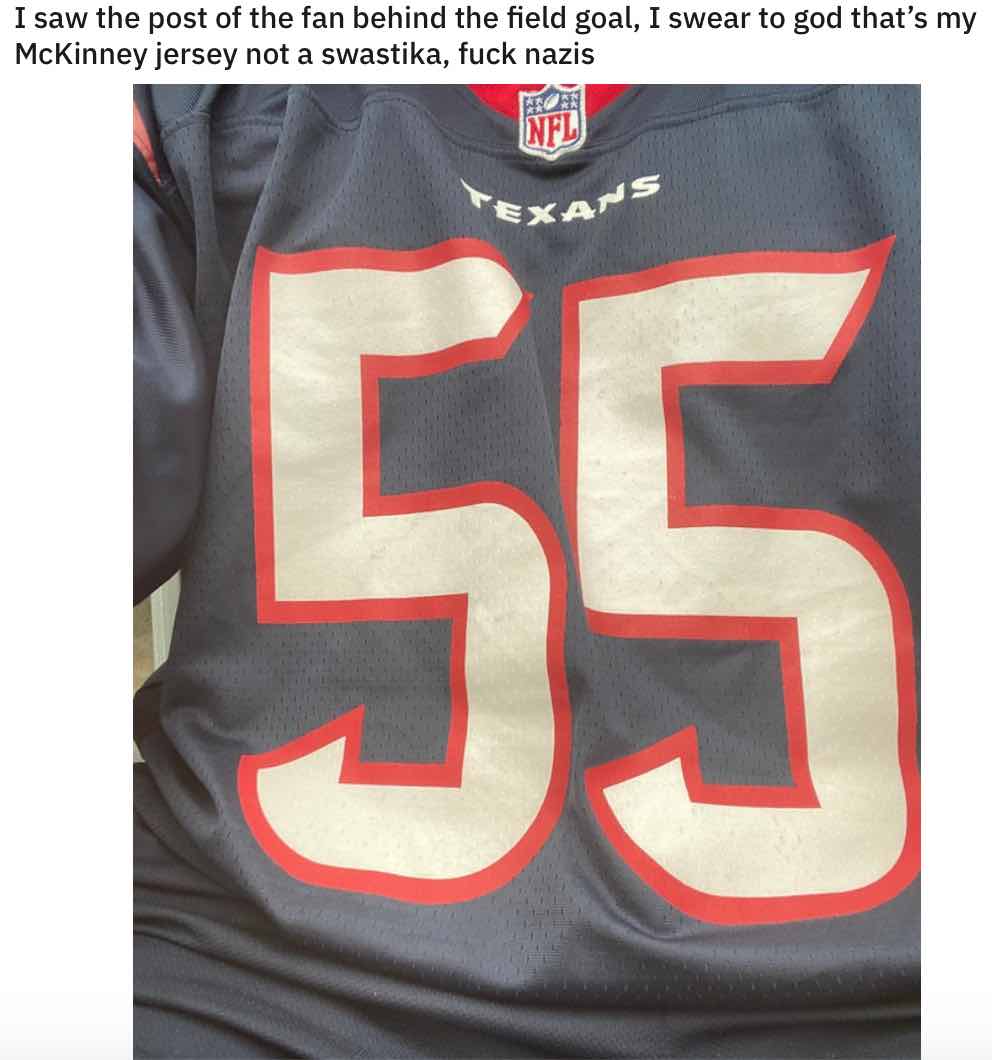 After that, we need to change the number of points awarded for touchdowns. The number “six” has been copyrighted as part of the sacred expression 6 million(TM) and should not be used for profane purposes. Beginning next fall, teams should be awarded only five points for a touchdown. If we eliminate the one-point conversion, and change field goals to two points each, the number of sixes in NFL scores should drop to a more acceptable level.

Another problem is that some players wear numbers on their jerseys that look sort of like swastikas. We need to retire all those numbers as well as the numbers with a 6.

Other players wear mustaches. That has to stop. A mustache is a Hitler icon! 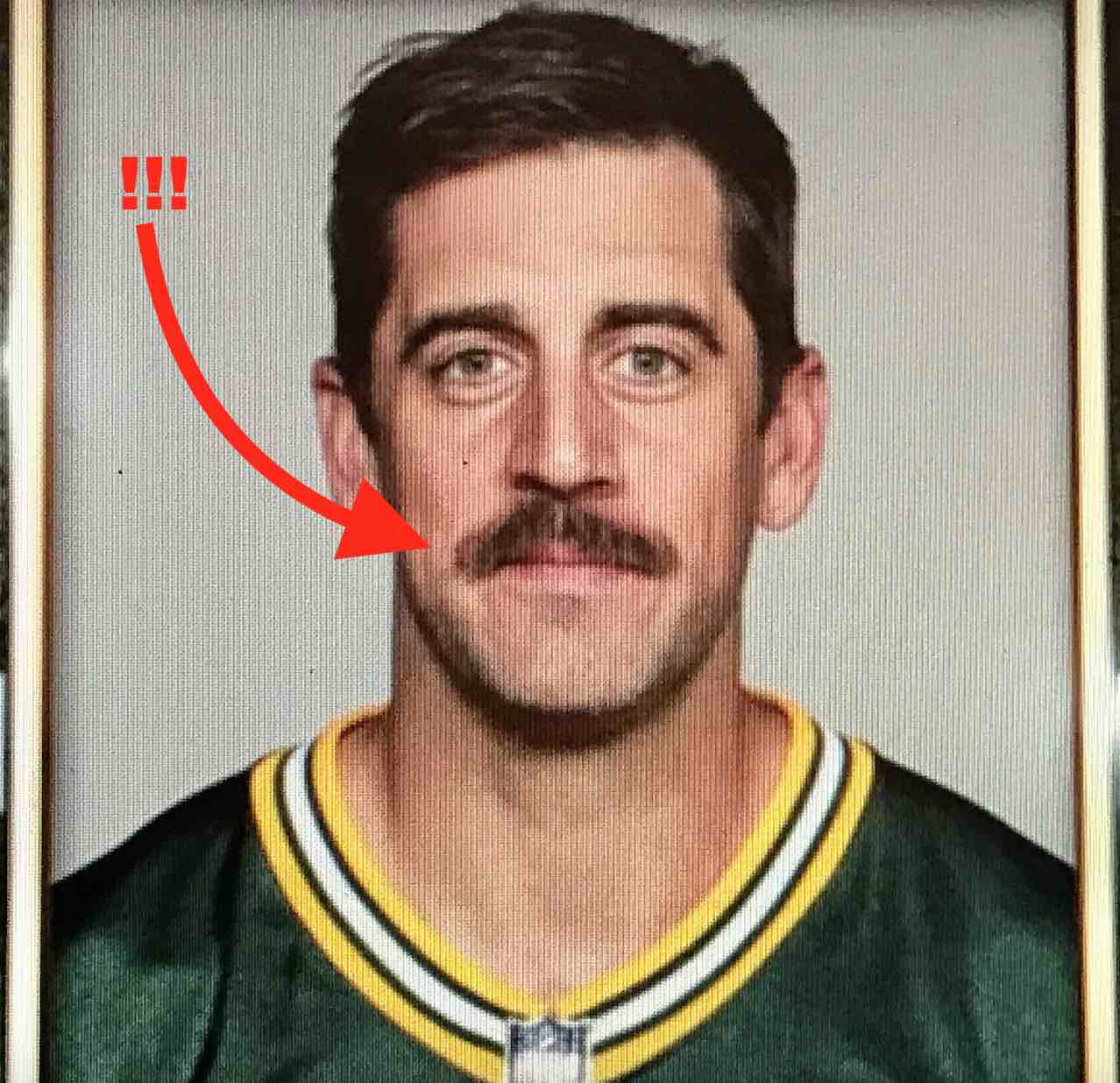 And then there are the locker room showers. They remind Jews of the fake showers in the Auschwitz gas chambers and hurt our feelings. Instead of taking showers, naked players should just get hosed down in front of their lockers by attractive female reporters. This would not only assuage Jewish sensibilities, but also increase ratings.

And last but not least, the NFL is still using non-kosher footballs—sort of like Tom Brady, who would have lost the Super Bowl if he’d forgotten to deflate his balls before the game. If a Rabbi blessed every football used in the NFL, not only would Brady be ashamed to tamper with his balls, but the fees collected by the Rabbis could be sent to Israel to help poor little Israeli David fight big bad Palestinian Goliath and keep right on mowing the lawn and running up the score.

So let’s make anti-Semitic football a dark relic of our barbarous past, and kosher football a brave new beginning for our messianic millenarian Zionist-dominated future. 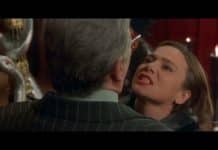