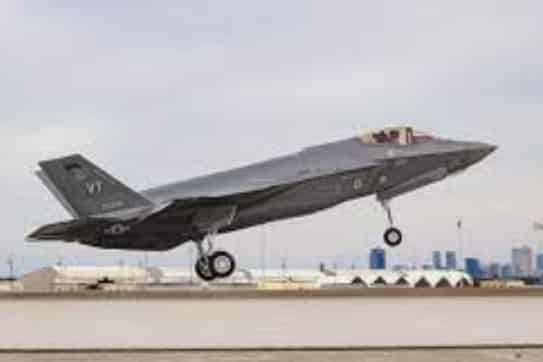 A coalition of more than 25 groups representing a range of political perspectives sent a letter Wednesday to key congressional committees with specific suggestions for slashing the Pentagon’s budget by roughly $80 billion—savings that progressives say could be redirected from war to address pressing human needs.

“The American people know that we can no longer continue the failed strategy of pouring $1 million a minute into the Pentagon.”
—Carley Towne, CodePink

“Well-researched analysis from experts across the ideological spectrum show[s] that the Pentagon can dramatically reduce its spending, meet today’s national security challenges, and continue supporting our troops and their families,” the letter (pdf) reads. “As a coalition of organizations representing diverse political views, we share a common goal of reducing wasteful spending at the Pentagon.”

The letter identifies several ways that military spending could be slashed. Specific opportunities mentioned include eliminating the Space Force created under former President Donald Trump; reducing—rather than expanding—the nation’s nuclear arsenal; and canceling the purchase of additional F-35 fighter jets, a weapons program the coalition called “the most expensive in the Pentagon’s history while also having over 850 design flaws that haven’t been resolved.”

The coalition asked lawmakers to “consider the proposed savings listed below for the Pentagon’s budget request for fiscal year 2022.”

According to the Institute for Policy Studies’ National Priorities Project, the $730 billion that the U.S. spent on its military in 2019—more than the next 10 countries combined—accounted for more than 53% of the federal discretionary budget.

Data for Progress noted last summer that the 2020 military budget of $738 billion was “more than all federal spending on public health, education, housing, and renewable energy combined, while our society strains under the stresses of the ongoing coronavirus pandemic and growing economic crisis.”

Yet, despite the efforts of congressional progressives to cut the Pentagon’s budget by 10% and reinvest the savings in education, healthcare, and housing in poor communities, the overwhelming majority of Republicans as well as the bulk of Democrats in the House and Senate voted in favor of spending $740.5 billion on endless war and military activities in fiscal year 2021.

The bipartisan decision in December to override Trump’s veto of the National Defense Authorization Act—which coincided with the GOP’s refusal to hold a vote on sending $2,000 relief checks to most Americans—demonstrated the extent to which most U.S. lawmakers’ priorities aren’t aligned with those of the public.

According to recent polling, 56% of voters would support slashing military spending by 10% and redirecting that funding toward education, healthcare, housing, and fighting Covid-19. Only 27% would oppose doing so.

“The American people know that we can no longer continue the failed strategy of pouring $1 million a minute into the Pentagon—the only federal agency to never complete, let alone pass, an audit,” Carley Towne, co-director of the anti-war group CodePink and coordinator of the Defund the Pentagon campaign, said in a statement.

Jodi Evans, co-founder of CodePink, said that “even a 10% cut to the Pentagon budget would end homelessness in the United States, which is why we’re continuing to build a grassroots movement to defund the Pentagon and invest in human needs.”

We have a choice: funnel countless trillions of dollars into weapons of war and Pentagon waste, or put our resources toward efforts that will actually make the world safer for all of us.

25+ orgs from across the ideological spectrum identify $80b in much-needed cuts to Pentagon waste. https://t.co/dbTLwDwYfu

Separately, 30+ orgs call for $70b in funding for vital non-military tools like peacebuilding & atrocity prevention. https://t.co/lG5yij15iw

“Part of undoing the damage of the last four years is re-evaluating our spending priorities as a nation,” the lawmakers wrote. “That re-evaluation should begin with the Department of Defense.”

Towne stressed last week that “cutting the Pentagon budget and reinvesting in the needs of our communities is not only morally necessary, it’s also urgent if we’re going to address the biggest threat that faces our planet: climate change. The Pentagon is the world’s single largest consumer of oil and one of the world’s top greenhouse gas emitters.”

“If we’re going to take the future of our planet seriously,” she added, “we need to cut the Pentagon budget now.”