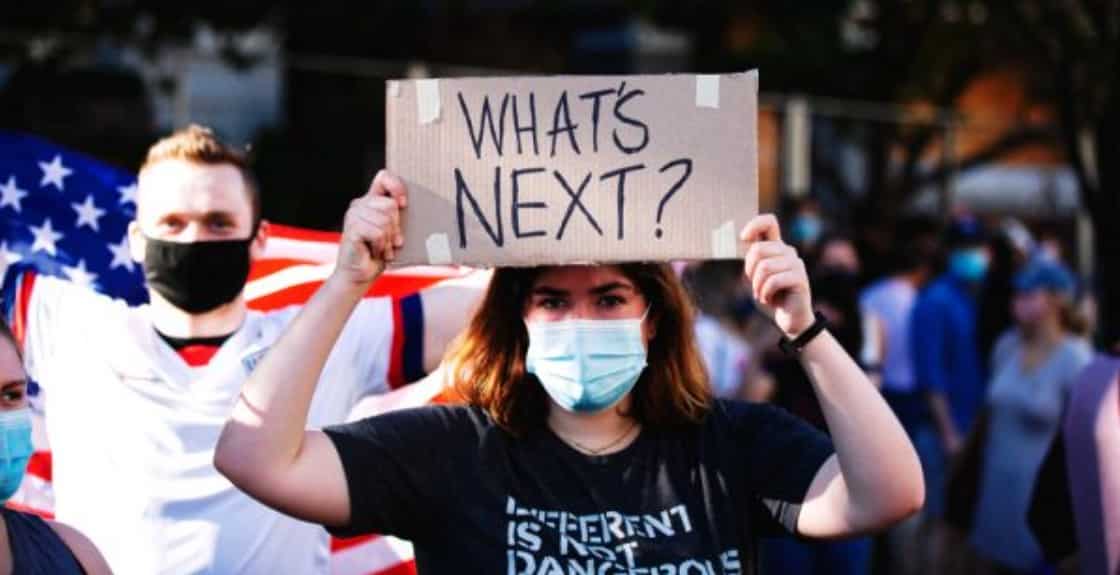 Americans generally applauded the implosion of the USSR and the collapse of communist regimes across Europe. Russia and some others today may not be ideal democracies, but they are a far sight better than 60-odd years ago – and in Russia’s case, more vibrant and more challenging as well.

Ironically, while external pressure and internal failings were bringing Lenin’s dream to ruins there, America and most of the West were rotting from within – victims of their own success in the Cold War and their misguided faith in the robustness of their own systems of government. The past year has brought that into stark relief.

The Democrats and their allies understand this clearly. They hold the upper hand in the Federal government, the media, academe and the streets. They did their best to make the country ungovernable during the Trump years. They needlessly locked down cities and states during the pandemic scare, all but ruining a robust economy. They sat back and watched their Antifa and BLM thugs riot, loot, burn, commit mayhem and even murder in hundreds of cities for months in 2020 in the walk-up to the election.

Then Democrats openly engaged in widespread election fraud to capture that election, aided and abetted by a compliant media and a refusal of the courts to hold them accountable. Now Democrats hold the White House and the Congress, and have begun their purge of Republican “threats” plus the implementation of a legislative agenda to codify their practices and position. They will make a shambles of governing here as their ilk have done everywhere else, but they have no intention of snatching defeat from the jaws of victory on their march to power.

Most Republicans and almost all independents do not really understand this situation. They fail to understand that the Democrats today are not the Democrats of the days of Harry Truman and John Kennedy. If they did understand, they might have armed themselves and risen when Trump foolishly allowed Antifa-BLM rioters to rip the country apart for months on end, virtually unimpeded and often applauded by mostly Democrat mayors and governors, and most of the media.

But they did not. They are deluded by a toxic combination of disbelief and denial – disbelief that it can really be so bad, and denial that the Democrats and their even more radical allies really mean what they say. They foolishly appear to believe that this is simply an unusually brutal phase in our political life – worse than the 1960s but better than the eve of the Civil War – and that they can make some real gains in the 2022 mid-term elections, and regain power in 2024.

They are wrong. “Politics as usual” in America is dead. If the Democrats get their way, there may be some competitive elections in 2022 but not enough to matter, and before 2024 it will be a done deal – the U.S. for all intents and purposes will be a one-party state with, perhaps, some tame Republicans allowed to hold a few seats in Congress for the sake of appearances. It has happened before elsewhere. It can – and most likely will – happen in America now. Here there be monsters, indeed – and we bred them ourselves.

Alan Ned Sabrosky (PhD, University of Michigan) is a ten-year US Marine Corps veteran. He served in Vietnam with the 1st Marine Division and is a graduate of the US Army War College. He can be contacted at [email protected]