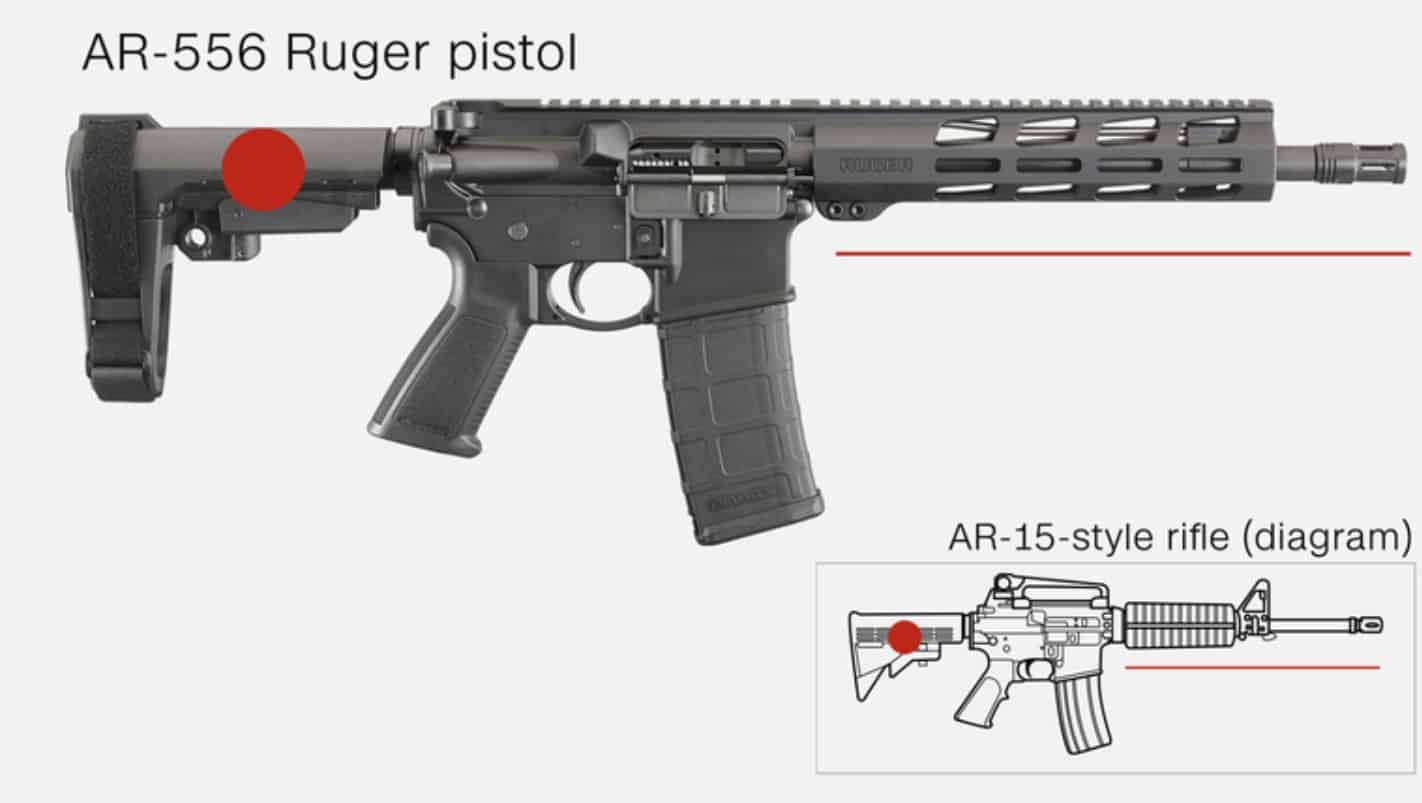 VT: The AR pistol has come under criticism in recent days, particularly by the ATF.  We were notified that building AR pistols that used a “stabilizing brace” that was adjustable or a weapon that couldn’t be fired, because of caliber or accessories, with one hand would now be declared illegal.

Any spacers used, any front grips, now make the AR 15 pistol an “SBR” requiring licensing as a submachinegun. 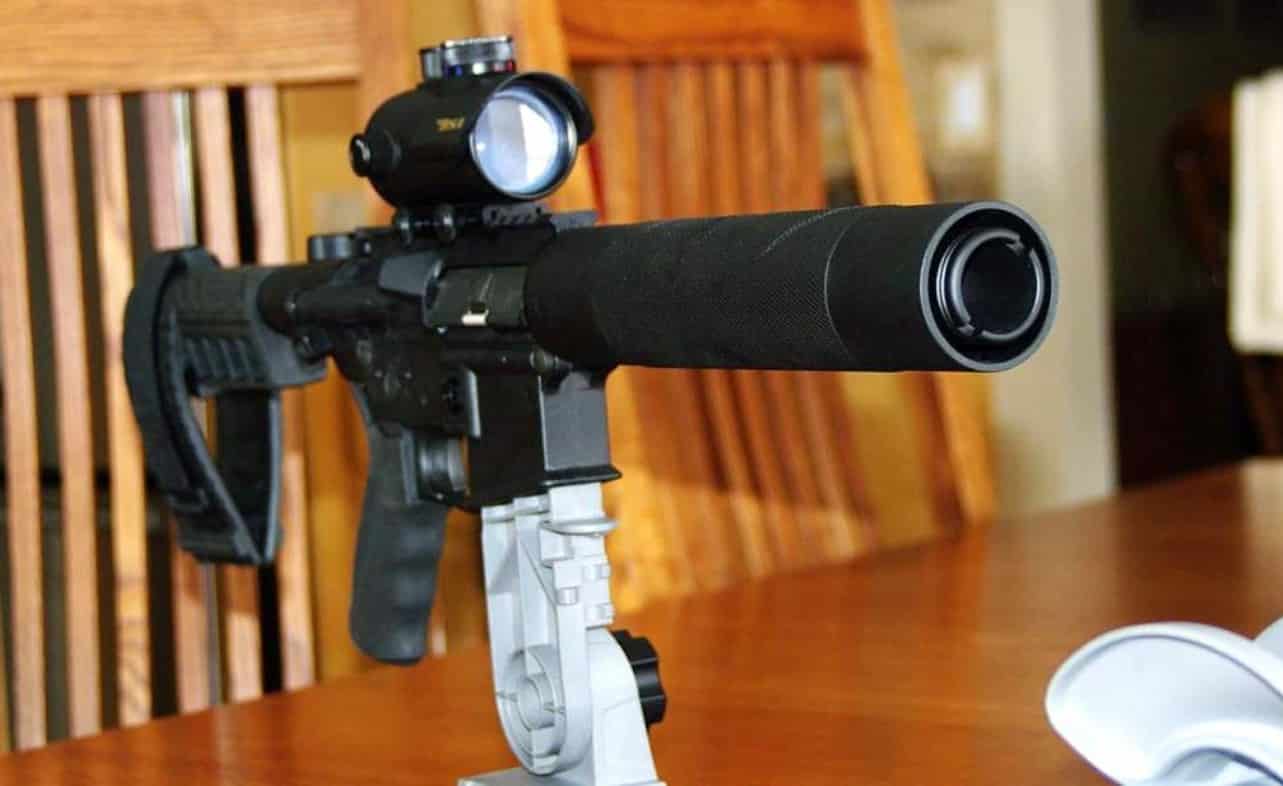 The Ruger used here, with its adjustable “stabilizing brace” is probably illegal according to ATF standards.

This is one of many new gun restrictions under Trump.  The NRA laundered $30 million of Russian mob cash into his campaign but when Trump began banning weapons, they went totally silent.

The AR 15 pistol is used by counterterrorism forces and in the movies and most designs originated from VT’s own shop.

The Ruger is essentially slapped together out of spare parts while this version, the “can within a can” is designed to replace the HK MP5.  In calibers, typically, .300AAC and 5.56, it is much lighter and shorter but not for concealment but rather for tactical use.

VT opposes banning assault rifles or restricting ownership but believes there is merit in restricting open carry of assault weapons as such behavior is intended only to threaten people with mass murder.

There is no other reason to carry a military weapon in public.  This is an early version of the AR pistol using a clear lower receiver: 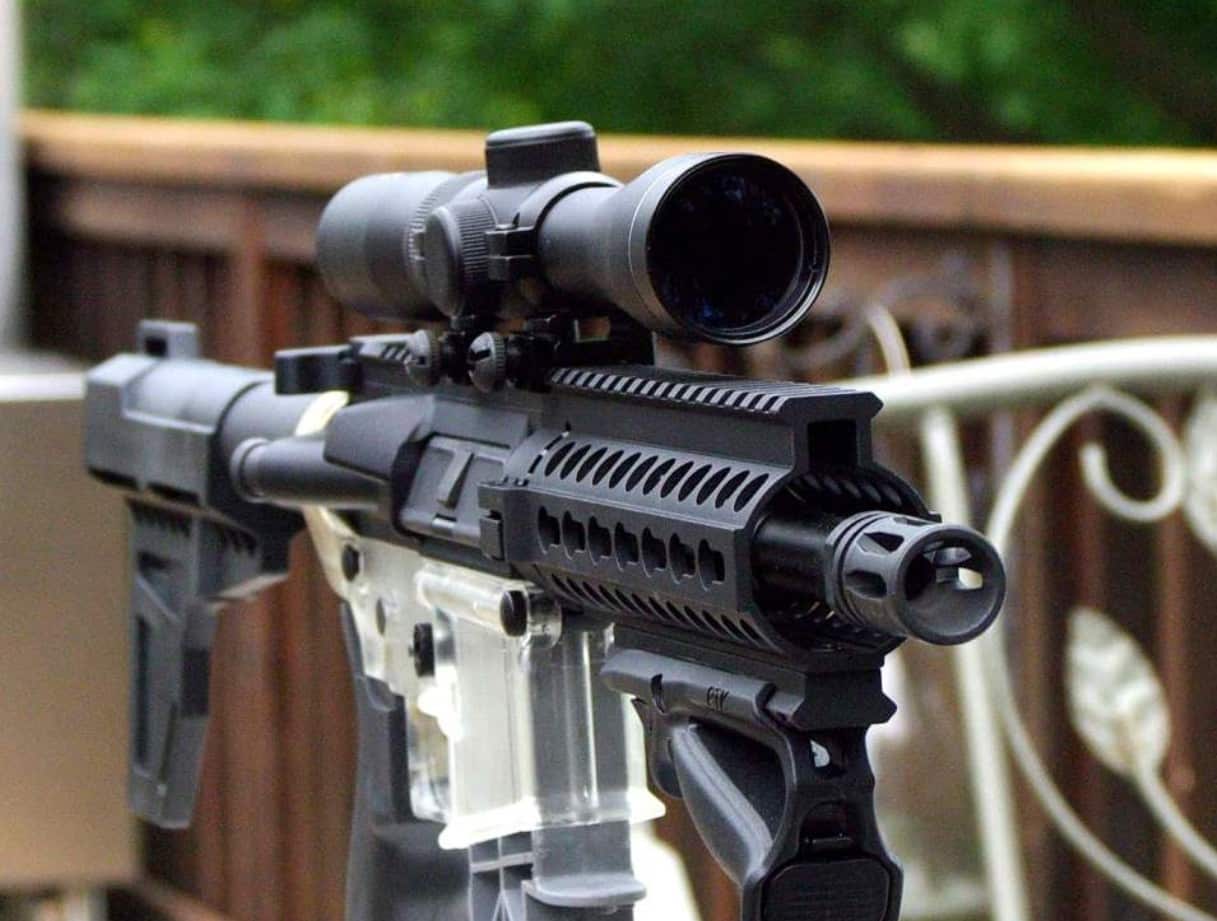 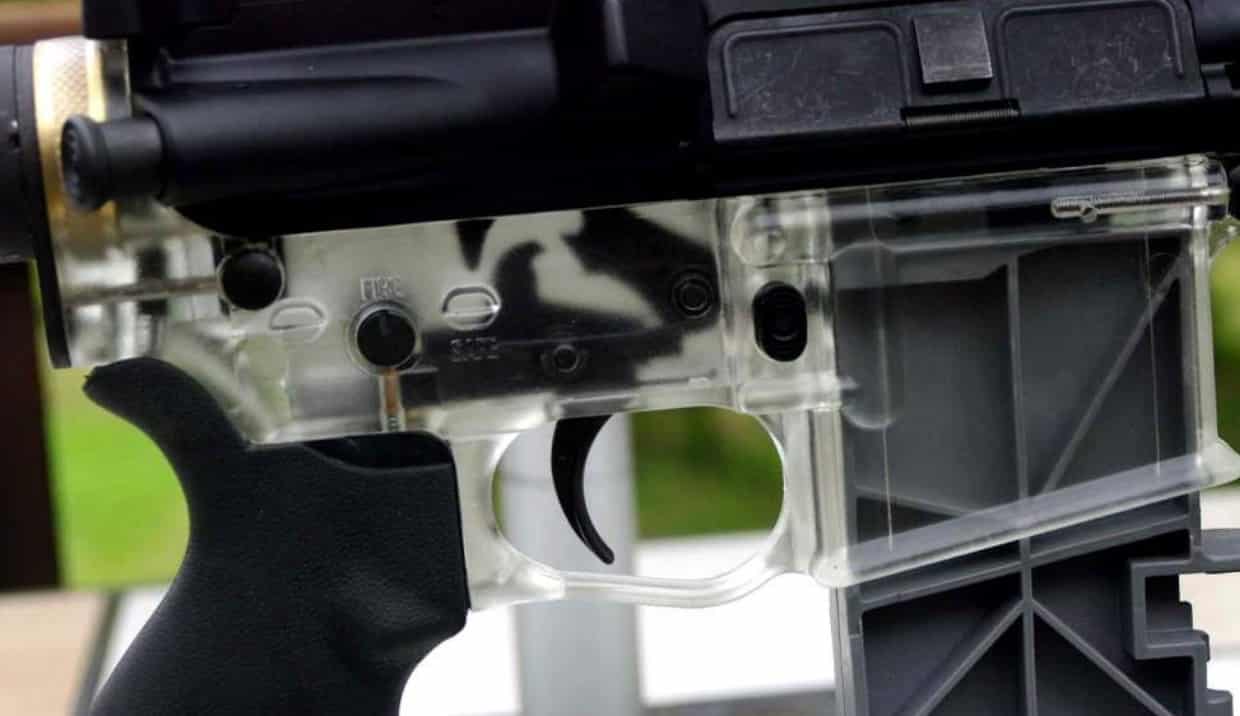 It may be time for a critical discussion about the ownership of military weapons but only when we also begin discussing foreign or domestic criminally backed right wing militias and their ties to members of congress and our police.

Otherwise…we can all arm ourselves and wait for crazies to kill us while we shop.

(CNN)The 21-year-old suspect in Monday’s massacre at a Boulder, Colorado, supermarket allegedly used a Ruger AR-556 pistol — what one expert called “a semiautomatic made for combat” that is easy to carry and has “the firepower of a long gun.”

Ahmad Al Aliwi Alissa purchased the weapon six days before the shootings in which 10 people were killed, according to his arrest warrant affidavit. The weapon had been modified with an arm brace, according to a law enforcement source.
The Ruger AR-556 is a type of AR-15, the military-style rifle that has been used in many other mass shootings. The pistol version is essentially the same weapon as the rifle but with a shorter 10.5 inch barrel and an adjustable stabilizing brace on the back — held against the shoulder — “to aid in accuracy, balance and recoil management,” according to the Ruger website.
“The AR-15 platform weapon — whether it’s in a long gun or pistol — essentially has the same firepower. It’s a semiautomatic made for combat,” said Timothy D. Lytton, a gun industry expert at Georgia State University.
“The AR-15 pistol is almost sort of a novelty. Essentially it’s the same firearm but with a much shorter barrel, and with a shorter stock, and it’s a smaller weapon. So the same way some people might want to drive a sports car because they like the feel of the compactness and the sort of speed, they take essentially a combat weapon or a combat-style weapon and they shrink it all down into sort of a miniature version.”

‘You can stick the thing under a jacket’