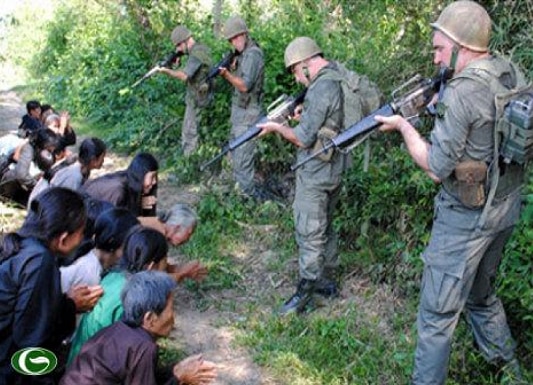 MEMBERS OF THE U.S. special operations forces deployed to 154 countries, or roughly 80 percent of the world’s nations, last year, but information about exactly where elite forces conduct missions, under what authorities they operate, who they’ve killed, and whether they’re adhering to the laws of armed conflict is closely guarded, buried in obscure legal provisions, shrouded in secrecy, or allegedly unknown even to Special Operations Command.

The command, known as SOCOM, will only name half the countries where its forces were active in 2020. It claims that its personnel — Navy SEALs, Army Green Berets, and Marine Corps Raiders among them — have captured or killed “thousands of terrorists” under one obscure program but also that it doesn’t track such data. SOCOM refuses to provide even basic information about publicly acknowledged operations.

“We need greater transparency around counterterrorism,” Luke Hartig, a senior director for counterterrorism at the National Security Council in the Obama White House and now a fellow in New America’s International Security program, told The Intercept. “We need to do it carefully, in a way that doesn’t endanger special operators or their host-nation partners, but greater transparency about where we’re conducting operations and why we’re conducting operations is essential.”

U.S. Special Operations Command has grown exponentially over the last 20 years. “Special operations-specific funding” topped out at $3.1 billion in 2001, compared with $13.1 billion now. Before 9/11, there were roughly 43,000 special operations forces. Today, there are 74,000 military personnel and civilians in the command. Two decades ago, an average of 2,900 commandos were deployed overseas in any given week. That number now stands at 4,500, according to SOCOM spokesperson Ken McGraw.  read more..