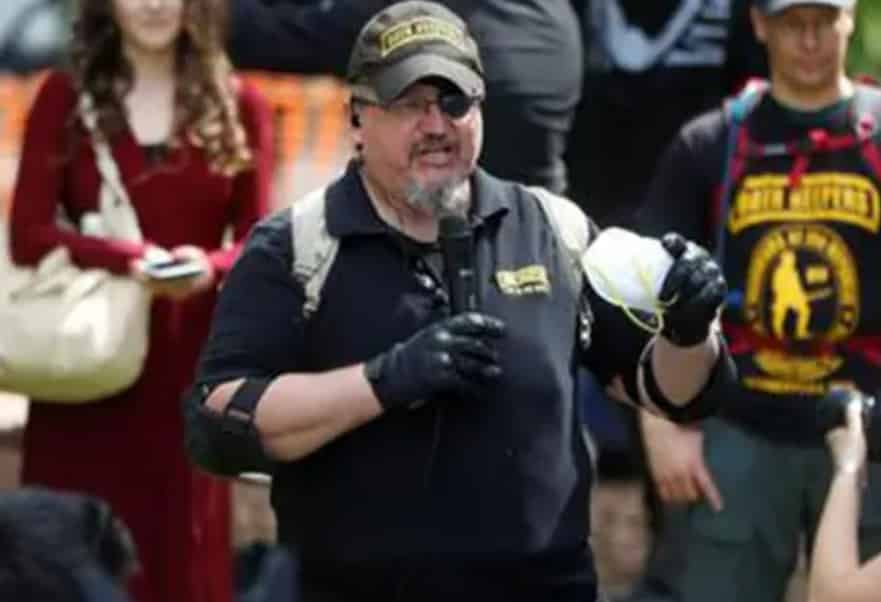 As federal prosecutors appear to continue to home in on Oath Keepers leader Stewart Rhodes for his potential role in the Jan. 6 Capitol riot, court documents describe further communications between Rhodes and members of the militia group during and after the attack, including an alleged message from Rhodes that suggests he was expecting President Donald Trump to take action during the attack.

According to prosecutors, Rhodes, referred to not by name but as “Person One,” exchanged a 97-second phone call at around 2:32 p.m. with Florida Oath Keepers leader Kelly Meggs, who’s been charged in the Capitol riot conspiracy case, as Meggs and other members of a tactical “stack,” dressed in militia gear, pushed through crowds to enter the Capitol.

Minutes later the stack of Oath Keepers forcibly entered the Capitol, according to the court filing.

According to the government’s recent court filings, the call during the riot came after Rhodes, in previously revealed communications in which he was identified as “Person One,” used a Signal group chat titled “DC OP: Jan 6 21,” to share with other members a photograph of the Capitol with a caption that read “South side of US Capitol. Patriots pounding on doors.”

Soon after, as Oath Keepers and others were inside the Capitol, Rhodes posted a photo showing people at the Capitol and wrote, “Trump better do his damn duty.”

Other new messages included in the court filing show Rhodes at 5:50 p.m. asking leaders to “check to be sure you have all your team members. If anyone is missing, post here,” and later in the evening sending a long message that served as a rallying cry, comparing the events of Jan. 6 to the Boston Tea Party in 1773.   read more…