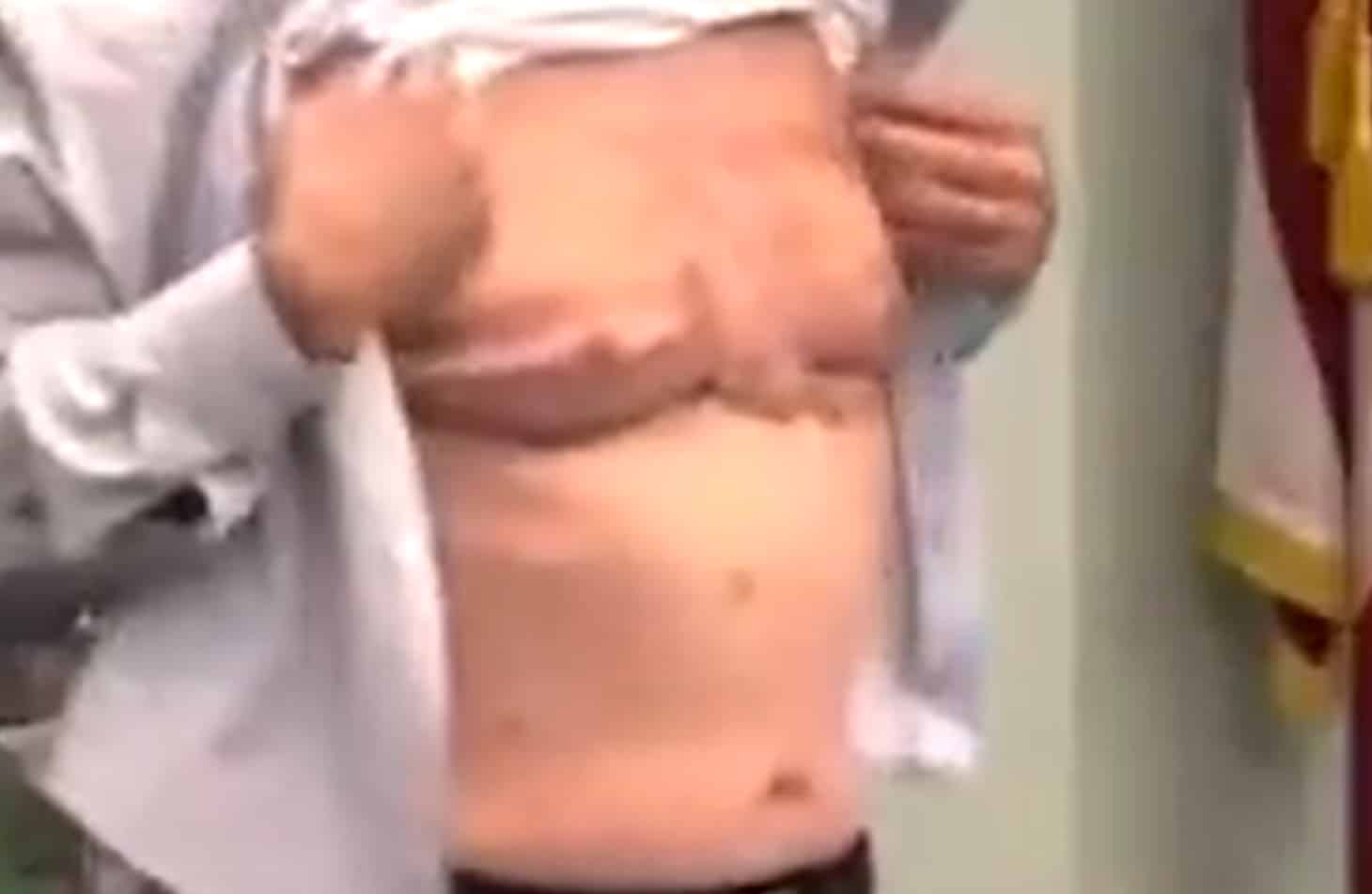 “Is this patriot enough?”

Mr. Wong – thank you for your service. pic.twitter.com/xYy6xpGSKL

VT: Back in 2015, when the DHS decided that Mike Chester and I, during a trip to Germany and Italy, had actually “joined ISIS” (You just can’t make this shit up) I had another really good look at the dumbfuckery of  so many Americans.

It was decided that as we were “middle aged” white people, probably steeped with bad religion and even worse brain chemistry, we must have been looking for some kind of trouble.

The truth, I was taking Michael around as a historian and archeologist…isn’t sexy enough.

Few white Americans know the horrors they have caused, here in America, and around the world.  Fewer still take any responsibility.

I saw it before going to Vietnam when my Californian brothers would shout insults and throw garbage at Marines unfortunate enough to be on a sidewalk.  I began to see one fucking percent of what Asian, Hispanic or African Americans go through.

Then Dick Cheney did it to our Islamic population.  I will probably head into Detroit today, to the Eastern Market, in the heart of the city.  Our family opened a meat packing business there in 1842.  Prior to that we had a fur trading post but Ford built a fucking factory there.  It opened in 1780 but we left in 1792 and fled to Canada.

The Detroit of today few would understand.  Carol and I will be among the few white faces at the Gratiot market…best corned beef…ribs…(wholesale) in the world.  Hundreds who really know food will be there.  It is a very good time…more than just safe.  Nothing really wrong with white folks, excepting maybe that stick so many of them have up their asses..

Since Vietnam I have worked on every continent (except 2) and have been treated with the courtesy and respect I deserve…by people who don’t look like me.  I am far more at home with the Kurds or in Ghana or Kenya than here.  Anyone would.

Read a bit about Lee Wong.  I have been dealing with the Chinese for 40 years and some change and as with so many Americans, have very good friends in China.  They aren’t always the best people to do business with…but who is nowadays?

Racism is a major verboten at VT.


Lee Wong is quite proud to be the leader of West Chester, an affluent suburb north of Cincinnati, Ohio.

With a population of 66,000, a median family income of $100,260, a 94 percent high school graduation rate and a projected job growth rate of 4.48 percent for the next five years, it’s no wonder that for a seventh time West Chester made it onto Money Magazine’s list of the 50 “Best Places to Live” in America.

Wong is serving his fourth term as president of the board of trustees of West Chester, a position equivalent to mayor in an incorporated city where about 3,000 businesses are located with a strong presence of bio-tech companies.

He plans to run for one more four-year term to make his public service career a 20-year affair.

Wong came a long way to become the president of a township where the population is more than 90 percent white.

His parents passed away when he was 12 years old. Later he immigrated to the US from Malaysia to pursue a degree in pharmacology in Chicago in the early 1970s.

Wong, an ethnic Chinese, never intended to come to this country to get into politics and get involved in the government, but one incident changed his life’s trajectory.

Two years into his college program, Wong was attacked by a white male when he was mistaken for Japanese. “It was serious aggravated assault. He pushed me to the ground and I had to go to hospital,” he said.

Wong filed a criminal complaint and took him to court.

“However, he continued to call me ‘Jap’ in court contemptuously. The judge sentenced him to one-year, non-reporting probation only. That meant as long as he did not attack anyone else within a year and get reported, he was free,” Wong recalled.

“I was stupid and only 20 years old, I let it get into my head. I was confused and angry. For two years I was angry at the world and I hated white people, but I married a white woman later,” he said.

“I could not study and thought only of revenge, that’s how stupid I was. I was without parental guidance, living in someone’s basement for $60 a month, doing two jobs at restaurants to support myself.”

Then the movie Justice for All came out, starring Al Pacino. “I got more stupid ideas and decided I’d become a policeman to get my revenge,” he said.

His application was thrown into the trash as soon as he turned his back. He heard them laughing: “That Chinaman wants to be policeman.”

Wong got a stroke of luck and obtained a green card because his older brother was a citizen. “So I joined the army. I scored high and got admitted. They said, you want to be a policeman? I will make you a military policeman.”

“The Army was really good. We shaved our heads and put on uniforms. The drill sergeant told us: ‘You all are the same. Green is the uniform, red is the blood, we are all brothers. Anything in your head is garbage, clean it out. You follow me and I will treat you right.’

Wong took advantage of the benefits the military provided and went to school at night. He got a bachelor’s degree in criminal science and applied for a position in the Army police force’s CID (Criminal Investigation Command). There were only 300 soldiers in the CID at the time.

“I was the first Chinese American to get in one of the most elite US Army organizations, and I was immediately out of a uniform and into suits. We protected the secretary of defense and four-star generals, so I traveled a lot. However, 80 percent of our job was felony investigation. The Army controls violence, but there are many crimes in the Army,” he said.

Wong has seen four wars in his 20-year career in the army. He also learned a lot about politics in the military.

“I said to myself, when I get out, when I retire, I want to do something good for the community, make it a better place than I found it. That is the reason I got into this,” he said.

After working as a police officer for a few years in Indiana, Wong moved his family to West Chester in 2001. He got involved in the community by volunteering to collect tickets for football games. After a few years, he made a lot of contacts and gained good visibility in the community.

In 2005 Wong campaigned and won the board seat. He won three more times after that. His current term will end in 2021 and he plans to run for one more term.

The first thing Wong did was to improve the police department.

“The police used to be like Robocops, cold to people. I got my first ticket here. I replaced the police chief. I wanted the police to be friendly to residents, to be here to protect the citizens,” Wong said.

He also put some effort into improving the quality of life in West Chester. The fire department’s response time is now two minutes. He made sure the tax rate never went up and there is no income tax. The town has paved 220 miles of road and is pushing to build walking trails. The town provides a lot of amenities in the parks, such as free concerts in the summer.

Wong is also focusing on business development. He is joining Cincinnati Mayor John Cranley to lead a delegation visit to China in early November for more than two weeks.

“Some governments come to poach our business. I am not worried because businesses like us and want to stay here. We are constantly going to business conventions in Las Vegas to attract business. We have sent people to Europe. This is the first time I have taken a trip abroad for business,” Wong said.

Wong said another important thing he did as the leader of the town was to set the stage for the next Asian American to run for office.

“I meet them and give classes on how to get involved in the community. That’s very important,” he said.