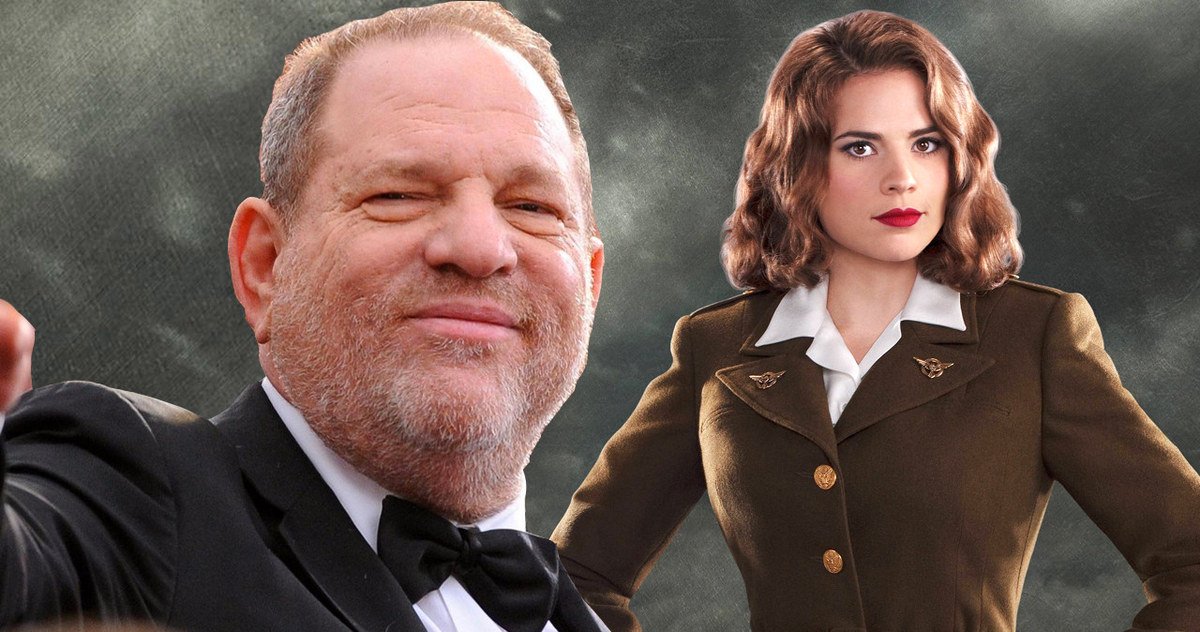 Back in 2015, Harvey Weinstein felt that he had to send so-called anti-Semites an ultimatum, which read: “We better stand up and kick these guys in the ass. We just can’t take it anymore [from] these crazy bastards.”[1]

How was he planning to kick those guys “in the ass”? Pretty simple: through movies. He said, “Too bad that movies can’t all be like Inglorious Basterds, where Hitler gets what he deserves.”[2]

Like Michael Douglas, Weinstein obviously viewed “anti-Semitism” as a disease which always needs to be rooted out of the vast majority of the Goyim’s psyche. This psychological disease, Harvey seemed to believe, needs to be confronted by a powerful force, such as the mafia. “We’re gonna have to get as organized as the mafia.”[1] Harvey expanded on his views this way:

“I think it’s time that we, as Jews, get together with the Muslims who are honorable and peaceful — but we [also] have to go and protect ourselves. We have to build, once again, back into the breach. There’s a quote from Kurt Vonnegut’s book The Sirens of Titan and it always was the motto of Miramax and now The Weinstein Company.

“It says, ‘Good can triumph over evil if the angels are as organized as the mafia.’ That’s how we built our company! And, unfortunately, we [Jews] are gonna have to get as organized as the mafia. We just can’t take it anymore. We just can’t take these things. There’s gotta be a way to fight back….We need to stand up and kick these guys in the ass.’

“While we must be understanding of our Arab brothers and our Islamic brothers, we also have to understand that these crazy bastards [Arab and Islamic extremists] are also killing their own — they’re killing neighbors, they’re killing people from all sorts of different races.

“And, unlike World War II, when we didn’t act right away and we paid the price, we better start acting now. Trust me, I’m the last guy who wants to do anything about it, but I realize if we don’t, we will perish. We can’t allow the bad guys to win. So, as they say in The Godfather, ‘back to the mattresses,’ and back to the idea that we will not ever forget what happened to us.”[3]

Central to Harvey’s prevailing vision is that “anti-Semitism” has nothing to do with Jewish behavior and has a lot to do with people simply hating Jews.

Obviously Harvey was not that stupid. Here is a man who never misses the opportunity to literally humiliate the Goyim and Western Culture in movies such as Concussion, The Reader, Inglorious Basterds, Sin City, Sin City: A Dame to Kill For, Black Christmas, All the Boys Love Mandy Lane, The Cook, the Thief, His Wife and Her Lover, Django Unchained, Killing Them Softly, Only God Forgives, etc., and now he is implicitly asking that the Goyim and everyone else should love him for morally putting them in the Hollywood meat grinder!

There is more: Harvey never told his listeners that he could never keep his pants and underwear up in the presence of the Goyim. It was so bad that one woman by the name of Hayley Gripp declared that she had to pierce Harvey in his testicles in order to stop him from sexually abusing her.

“In a complaint filed Friday in California Superior Court in Los Angeles, Hayley Gripp says the sex-fiend producer forced himself on her in a suite at the Beverly Hilton in November 2012 when she was just 19 years old.”

Gripp was introduced to Harvey by an associate of Harvey, where she was handed a glass of wine and was slowly blacked out. Harvey, then, mobilized on his new prey.

Gripp inadvertently had to go after his testicles. She had to stabbed his genitals with her broken nail. The million-dollar question is this: Is Gripp an anti-Semite? If so, is Harvey going to try to kick her ass as well?