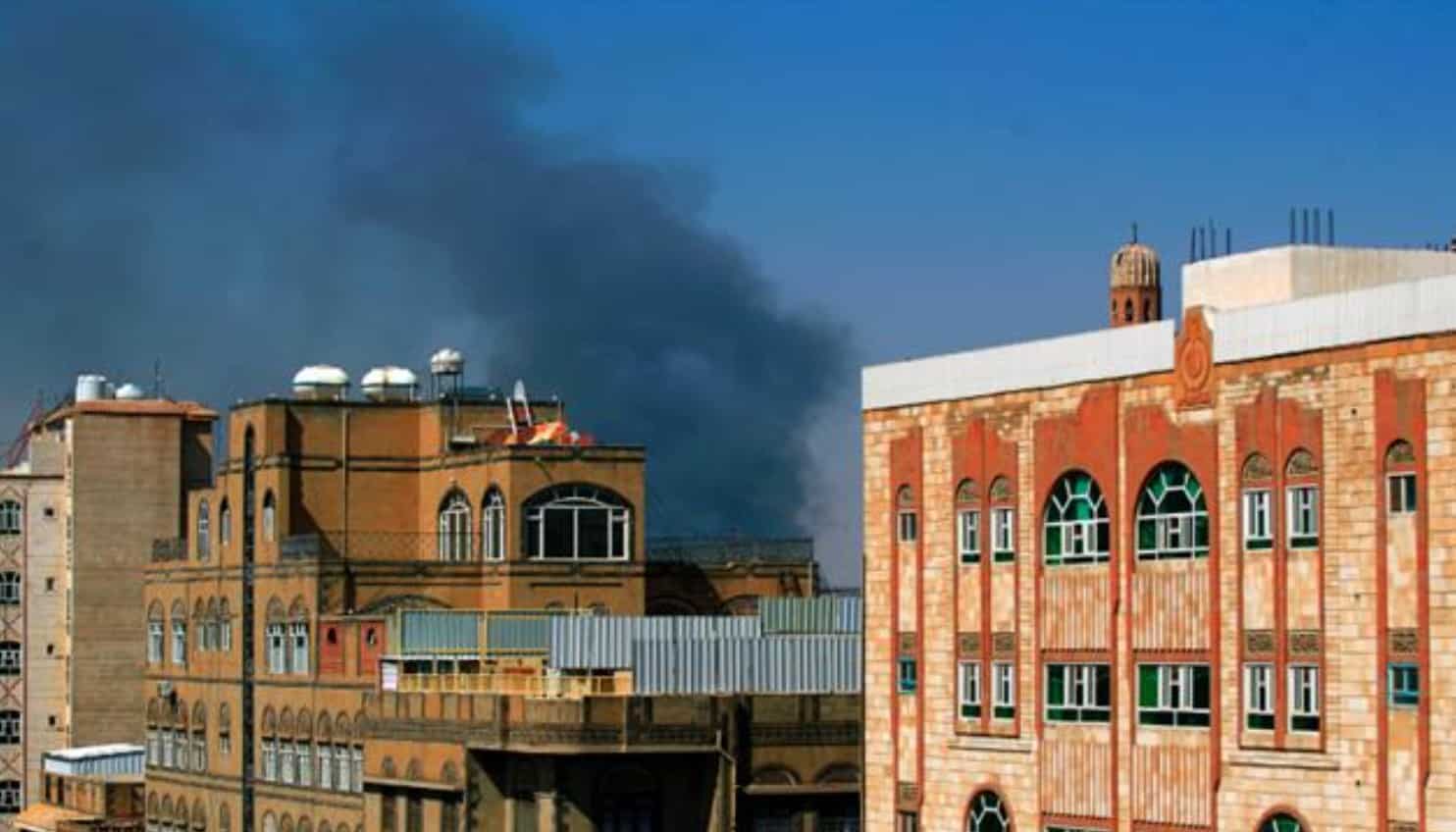 Press TV: Saudi military aircraft have carried out a spate of airstrikes in Yemen’s Hudaydah as the kingdom presses ahead with a military campaign against its southern neighbor, despite announcing a “new peace initiative.”

There were no immediate reports about possible casualties and the extent of damage.

Saudi fighter jets also conducted two airstrikes against al-Faza area in the al-Tuhayat district of the same Yemeni province, with no casualties and damage immediately reported.

On March 22, Saudi Foreign Minister Prince Faisal bin Farhan Al Saud presented a so-called peace initiative to end the war in Yemen, which would include reopening Sana’a airport and allowing fuel and food imports through Hudaydah port — both of which are under the control of the Ansarullah movement.

The top Saudi diplomat told a news conference that political negotiations between the warring Yemeni sides would resume as part of the initiative.

Bin Farhan said the initiative would be enforced once the Yemeni sides accepted it.

Reacting to the proposal, Mohammed Abdul-Salam, the spokesman for Ansarullah movement, said afterwards that it offered “nothing new,” and did not meet the movement’s demand for a complete lifting of the blockade on Sana’a airport and Hudaydah port.

“We expected that Saudi Arabia would announce an end to the blockade of ports and airports and an initiative to allow in 14 ships that are held by the coalition,” he said.

A “humanitarian right” should not be used as a pressure tool, Abdul-Salam pointed out.

An unnamed source in Yemen’s Liaison and Coordination Officers Operations Room said Saudi forces and their mercenaries had breached a ceasefire agreement between warring sides in Hudaydah province 207 times during the past 24 hours.

Yemen’s official Saba news agency, citing the source at the monitor, reported that the violations included formation of fortification lines near 50th Street, Kilo 16, Hays and al-Jabaliya neighborhoods, more than a dozen reconnaissance flights over various districts, as well as 41 counts of artillery shelling and shooting incidents.

The Hudaydah ceasefire was reached in December 2018 when delegates from the Ansarullah movement and representatives of former Yemeni President Abd Rabbuh Mansur Hadi attended negotiations in Rimbo on the outskirts of Stockholm.

A prominent member of Yemen’s Supreme Political Council dismisses Saudi Arabia’s so-called peace initiative, calling for a meaningful end to the ongoing war and siege against the country instead.

The document included three provisions: a ceasefire along the Hudaydah front and the redeployment of armed forces out of the city and its port; an agreement on prisoner exchange; and a statement of understanding on the southern Yemeni city of Ta’izz.

Dubai-based Saudi television al-Arabiya claimed on Sunday that Saudi naval units had destroyed two explosive-laden boats as they were cruising towards the kingdom’s southern regions.

The channel, citing a statement released by the Saudi military, said that both boats had been launched from Yemen’s Hudaydah.

The spokesman for Yemeni armed forces on Saturday praised military achievements made by the country’s troops, stating that advanced home-grown missile systems are going to be unveiled later this year.

“Some of these undeclared systems have already been tested to strike targets at home and deep inside aggressor countries.”

Saree said Yemen now ranks first in the Arabian Peninsula region in terms of quality and range of home-made missiles.

A top member of Yemen

The high-ranking Yemeni military official denounced the ongoing Saudi siege of Yemen, saying the blockade is one of the means of aggression, and cannot be justified through allegations of preventing the supply of weapons.

“Munitions are being manufactured here inside Yemen. The siege has nothing to do with targeting [Yemeni] armed forces, but rather seeks to impact people and subjugate them, as is the case with a military attack,” Saree said.

“If the Saudi regime does not stop its attacks and siege against Yemen, we will inflict a severe blow which it has not experienced before,” he added.

‘Battle for Ma’rib will soon succeed’

“The battle for Ma’rib is proceeding according to the plans drawn up for it. Performance of military forces on the ground is determined by their skills and strong commitment to the plans formulated,” Major General Ali al-Mushki said.

He said military forces from Saudi Arabia and the United Arab Emirates together with local and regional Takfiri militants are fighting side by side in Ma’rib. Some of the militants, he said, had fought within the ranks of terror groups in Chechnya, Afghanistan and elsewhere in the past.

A top member of Yemen’s Supreme Political Council says Yemeni armed forces will soon liberate the strategic central province of Ma’rib along with other regions in the country.

Mushki noted that military operations in Ma’rib will soon attain their set goals, and locals being held hostage by “bullying Takfiri groups” will be liberated.

“Invading forces have turned Ma’rib into a hotbed for Takfiri militants and foreign troops. They even killed young people, who opposed their political agenda,” he said.

“Major General Amin al-Waeli was killed at the Kassara front in the province,” a military source, who preferred not to be named, said.

He added that the commander was killed on the battlefront northwest of Ma’rib.

Over the past few weeks, Ma’rib has been the scene of large-scale operations by Yemeni troops and allied Popular Committees fighters, who are pushing against Saudi-sponsored pro-Hadi militants.

Saudi Arabia, backed by the US and its other regional allies, launched a devastating war on Yemen in March 2015, with the goal of bringing the government of Yemen’s former president Abd Rabbuh Mansur Hadi back to power and crushing Ansarullah.

Yemen’s Ansarullah movement says US and European arms manufacturers are contributing to the Yemen war.

The Saudi-led military aggression has left hundreds of thousands of Yemenis dead, and displaced millions of people. It has also destroyed Yemen’s infrastructure and spread famine and infectious diseases across the country.