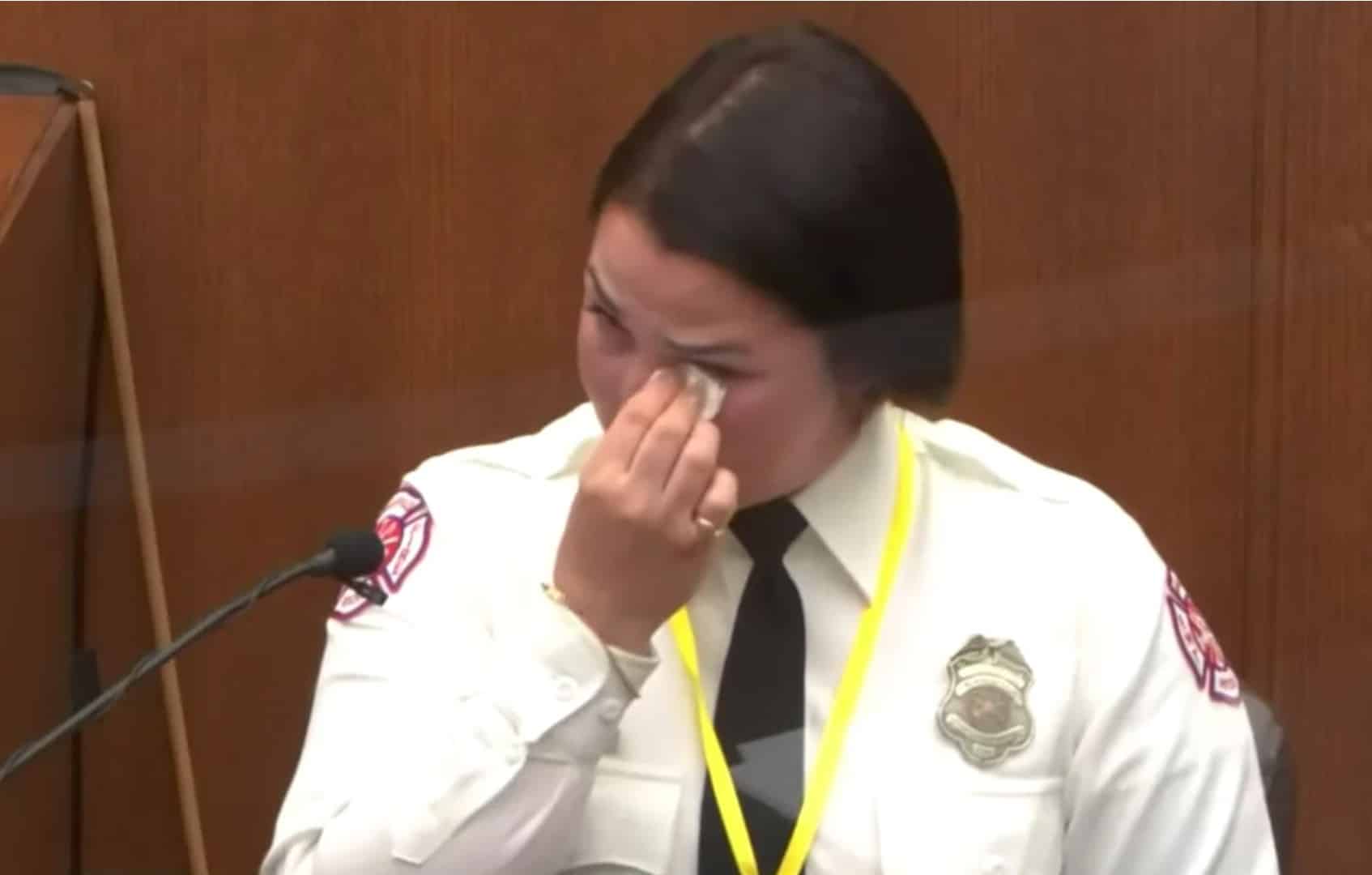 Daily Beast: An off-duty Minneapolis firefighter and trained EMT testified Tuesday that she begged officers to let her help George Floyd as he died—but one of the law enforcers “didn’t let her into the scene” and told her off.

“If you really are a Minneapolis firefighter then you know better than to get involved,” Minneapolis police officer Tou Thao told Genevieve Hansen, according to her testimony in Hennepin County Court on Tuesday.

Dressed in her official uniform, the 27-year-old began to cry as she explained to jurors all the different “tactics” she tried to use to convince the four cops arresting Floyd to let her into the scene. She said she pled, begged, and even cursed at the officers because she was so “desperate to help.”

"I got quite angry after Mr. Floyd was loaded into the ambulance, and there was no point in trying to reason with [the cops] anymore because they had just killed somebody." — Minneapolis firefighter Genevieve Clara Hansen pic.twitter.com/KoIhqKxPtB

“I was really concerned. I thought his face looked puffy and swollen which would happen if you are putting a grown man’s weight on someone’s neck,” she said, adding that she was “totally distressed” when her offers to help were ignored. “I identified myself right away because I noticed he needed medical help right away.”

"I don't know if you've seen anybody be killed, but it's upsetting" — Genevieve Clara Hansen to Chauvin defense attorney Eric Nelson pic.twitter.com/dFQ10UI0Ca

“I was desperate to help and wasn’t getting to do what I needed to do,” she said.

Hansen said she pulled out her phone to record the arrest. After Floyd’s lifeless body was loaded into an ambulance, she said she called 911 “after it all settled in and I wished that I had done that immediately.”

“I literally watched police officers not take a pulse and not do anything to save a man,” Hansen told 911 dispatchers on May 25, according to a recording played in court. As her call was played to the court, Chauvin stared across the courtroom.

Hansen is one of seven witnesses to testify against Chauvin so far as prosecutors seek to prove he used excessive force when he kneeled on Floyd’s neck for over 9 minutes during an arrest over an alleged counterfeit $20 bill.