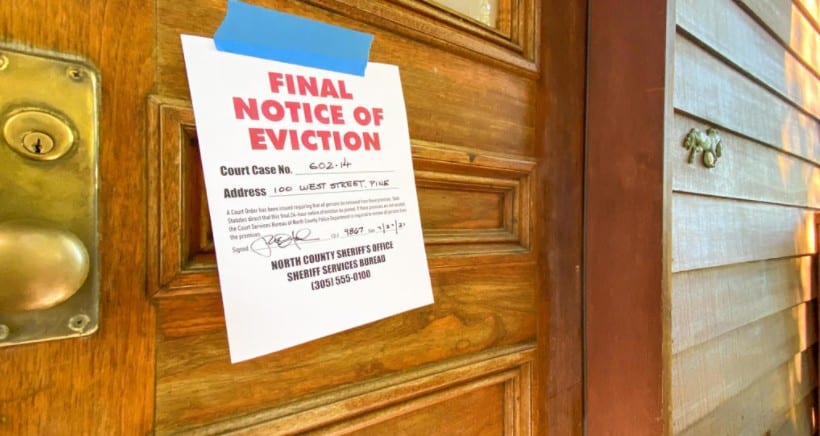 Common Dreams: Although many large landlords have complained that the federal eviction moratorium—which on Monday was extended through the end of June—harms them financially, an analysis published by CBS MoneyWatch revealed that major property owners have largely realized profits, some of them massive, during the coronavirus pandemic.

“With the latest stimulus bill, Congress has now put in billions in rental assistance, with most of that money going straight to landlords.”
—Diane Yentel,
National Low Income Housing Coalition

For example , CBS found that Invitation Homes, the nation’s largest renter of single-family residences, enjoyed its most profitable year ever in 2020, despite the moratorium. Established in 2012 by the private equity firm Blackstone in order to purchase tens of thousands of homes whose previous owners were expelled due to foreclosure during the Great Recession, Invitation Homes collected $50 million more last year than in 2019, a 30% increase. Invitation Homes’ stock price reflected its profitable year, with the company’s shares soaring 64% last year.

Figures from the real estate data firm Trepp also show that apartment owners have relatively low mortgage delinquency rates compared with other property owners, CBS said. In January, just 2.3% of apartment building owners were behind on their rent, compared with 19% of hotel and 13% of mall proprietors.

Apartment building owners are also expected to reap further benefits from the nearly $50 billion in rental assistance included in the American Rescue Plan, the $1.9 trillion pandemic recovery and relief bill signed into law by President Joe Biden earlier this month.

Diane Yentel, president of the advocacy group National Low Income Housing Coalition, told CBS the assertion by some landlords that the rent moratorium should end because it is causing financial hardship “is very hard to make.”

“Some of the larger landlords had access to other resources or protections, including the Paycheck Protection loans and forbearance programs,” said Yentel. “With the latest stimulus bill, Congress has now put in billions in rental assistance, with most of that money going straight to landlords. So help is on the way. It is essential that the federal eviction moratorium is extended, at least until these emergency funds are expended.”

Today, the Biden admin announced a 90-day extension of the CDC's #EvictionMoratorium! Find out what that means & other resources available for those who are having a hard time paying rent during the pandemic 👇👇 https://t.co/hinQaB1fTt

The new analysis came on the same day that the U.S. Centers for Disease Control and Prevention (CDC) extended (pdf) the moratorium—which has protected around 20 million households during the pandemic and was set to expire on Wednesday—through June 30.

“The Covid-19 pandemic has presented a historic threat to the nation’s public health,” said CDC Director Dr. Rochelle Walensky in a statement announcing the extension. “Keeping people in their homes and out of crowded or congregate settings—like homeless shelters—by preventing evictions is a key step in helping to stop the spread of Covid-19.”

Yentel welcomed the renters’ reprieve, tweeting that “extending the moratorium is clearly necessary and appropriate.”

“The pandemic isn’t over, 10 million families are behind on rent, and it will take months to distribute $46 billion in rental assistance to address arrears and prevent evictions,” she said.

The progressive advocacy group Center for Popular Democracy also hailed the extension. In a statement, Jennifer Epps-Addison, the organization’s co-executive director, said that “this critical public health measure is life-changing for millions of families on the brink of eviction. While those facing housing insecurity are breathing a sigh of relief today, it is vital to acknowledge that the moratorium does not do nearly enough to ensure that tenants are protected from evictions during a pandemic.”

“The people deserve more,” she added.

Monday’s CDC announcement came at the start of the National Week of Action, a campaign by the Center for Popular Democracy, Green New Deal Network, One PA, Action NC, Make the Road Nevada, and other activists calling on elected officials “to develop bold plans to address the converging climate and housing disasters.”

Our work is licensed under a Creative Commons Attribution-Share Alike 3.0 License. Feel free to republish and share widely.