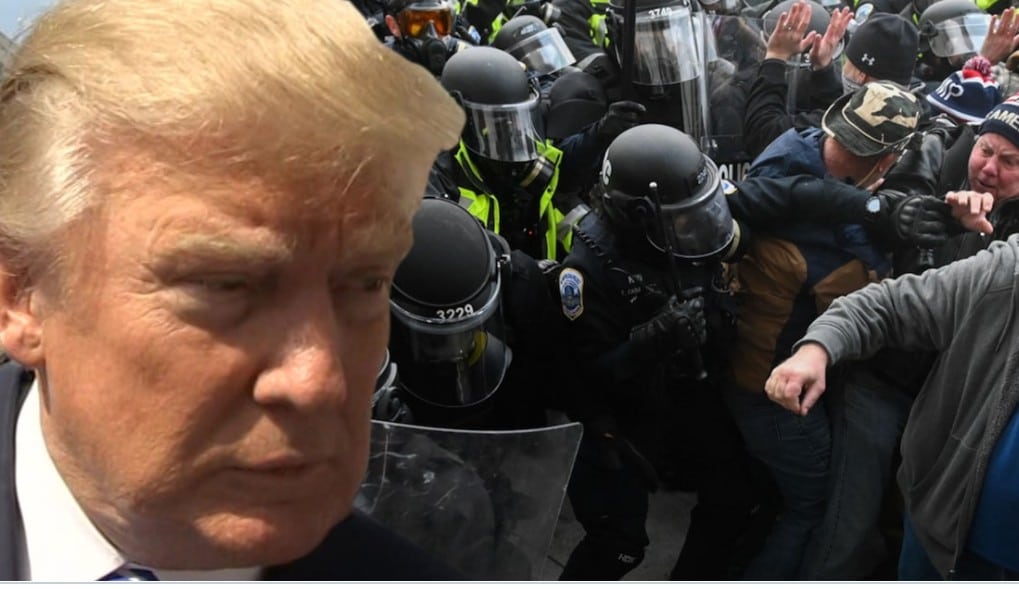 Daily Beast: Two longtime Capitol Police officers who were injured in the Jan. 6 riot are suing former President Donald Trump over the violent mob they say he “inflamed, encouraged, incited, directed, and aided and abetted.”

ICYMI: Two Capitol Police officers are suing Donald Trump for his role in inciting the Capitol insurrection and seeking damages for physical and emotional injuries. https://t.co/Sy6v7LsTDS

In a complaint filed Tuesday in the U.S. District Court for the District of Columbia, James Blassingame and Sidney Hemby accuse Trump of inciting a riot that caused them “physical and emotional injuries.” Hemby is described as an 11-year veteran of the force, and Blassingame a 17-year veteran.

“Both United States Capitol Police Officers reported for duty on January 6, 2021, without any suspicion that they would soon become the targets of Trump’s followers,” the complaint reads. But soon enough, after goading from Trump, according to the complaint, the insurrectionists stormed the Capitol and Hemby was “attacked relentlessly” while Blassingame was beaten all over the body and bombarded with racial slurs, the complaint says.

“Foremost in Officer Blassingame’s mind was the terrifying certainty that the insurrectionists were interested in him and the other officers not going home to their families that night,” the document reads.

Blassingame later guarded the committee room where lawmakers were in lockdown during the riot, and he noted he was unable to leave for hours even though many present refused to wear masks. https://t.co/0KzbMIFcG7

“Trump, by his words and conduct, directed the mob that stormed the Capitol and assaulted and battered James Blassingame and Sidney Hemby,” it states, noting that the “insurrectionists were spurred on by Trump’s conduct over many months in getting his followers to believe his false allegation” that the election was stolen from him.

Officer Blassingame alleged that insurrectionists slammed him against a stone column, where he struck his spine and the back of his head and became immobile as they assaulted him with fists and weapons. They repeatedly hurled racial slurs at him, he said.https://t.co/GLfkQoa7AY

The two officers are seeking unspecified damages for the physical and emotional distress they suffered.

Blassingame claims he was slammed against a stone column, injuring his head and back.https://t.co/Wm7OC8zJ9p

Officers James Blassingame and Sidney Hemby blame Trump for stoking the insurrection in a months-long effort to reverse his election defeat. Trump fans attacked them with aerosol chemicals, including pepper spray and tear gas, the suit says.https://t.co/a5LqYEz5uH via @business