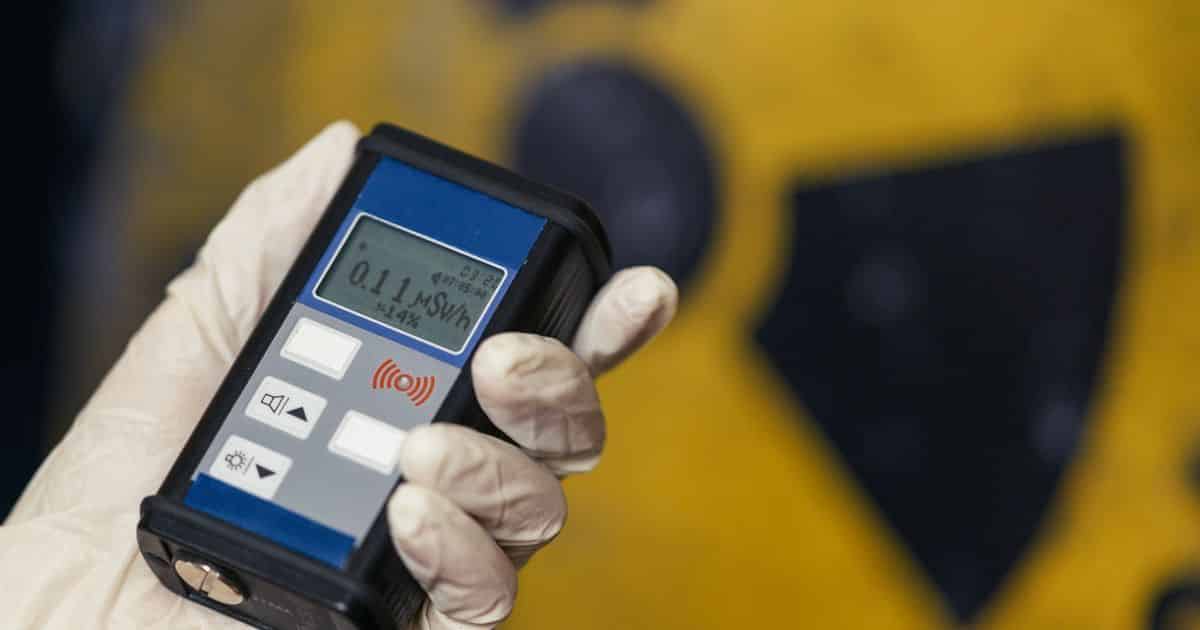 Every day, we are exposed to radiation that comes from nature and man-made objects. From this article, you will get to know which sources of radiation surround you and how safe or dangerous they are.

To be exposed to radiation, you do not need to travel to Chernobyl or Fukushima. Many objects and substances that we use in everyday life are radioactive. Yet you should not worry about it: before they become available for sale, they pass strict governmental control and thus are entirely safe to use. In this article, we will analyze the most common sources of everyday radiation that all of us frequently interact with.

Soil and rocks are radioactive. The water in wells, lakes and rivers absorbs this radiation — but the dose is so low that it does not pose threat to the life and health of humans or animals. Such radiation is known as “terrestrial” or “primordial”.

Bulk shipments of certain products might set off the alarms of radiation monitors at border crossings: bananas, avocados, carrots, potatoes, Brazil nuts, red meat, beer and so on. But when we buy just a few items and put them inside the fridge, the level of radiation they emit reduces significantly and becomes acceptable.

Moreover, even the pottery and glassware that we use to consume food and water can be radioactive too. Radioactive potassium, thorium and uranium can often be found in ceramic materials and especially in the orange-red glaze. Before the 1960s, when radiation measuring instruments were not widespread, pottery and tiles would emit a dose that is today characterized as “above average”.

Vaseline glass or canary glass contains uranium. It is the material that greenish or yellow antique glassware was made of. When exposed to black light, it produces an attractive glow.

However, ordinary glass can be radioactive too because it contains thorium-232 or potassium-40. To alter the index of refraction, manufacturers would apply thorium-232 coating to camera lenses produced from the 1950s to the 1970s.

These are just a few examples of radioactive objects that nearly everyone has at home.

Modern computers and TVs with flat screens do not produce X-rays. But older models used to have cathode ray tubes that would emit minimal radiation doses.

Until now, clocks and watches contain tiny quantities of promethium-147 or hydrogen-3 (tritium) that serve as their source of light. Devices that were produced before the 1970s would rely on radium-226. The owners of such old clocks could open them and sell their hands or dials so that professionals would pick up radium from there.

People worry whether they might head brain or nervous system cancer because of using their cell phones too often. Scientists state that this is a groundless fear. In the last three decades, cell phones became an integral part of our everyday life — but the cancer statistics have not changed drastically.

No, it is not the aircraft itself that is radioactive. There is a lot of deadly radiation in space. When we are on the ground, the Earth’s atmosphere protects us from it. The closer to the Equator we live, the less radiation we are exposed to. However, when on a plane, we leave the atmosphere. The dose of radiation that we absorb when flying from one continent to another is lower than the one that we receive during a chest X-ray.

By 1980, medical professionals from all around the world had carried out 3 million computed tomography scans in total. By 2005, they were making over 68 million scans per year — and this number keeps growing. On the one hand, it is a positive trend because the technique often eliminates the necessity of invasive procedures and exploratory surgeries. On the other hand, in many countries, total per capita radiation exposure has nearly doubled over four decades — even though the level of the radiation has hardly changed. Doctors expose their patients to radiation only when it is absolutely necessary, trying to reduce the dose to a minimum.

Tobacco plants can accumulate polonium-210, lead-210 and radium. Over time, trapped alpha particles of these radioactive materials build up in smokers’ lungs. People’s risk of being diagnosed with cancer increases because of long-term radiation exposure.

By the way, residential smoke detectors are radioactive too. Most of them contain low-activity americium-241. This isotope emits alpha particles that make the air conductive by ionizing it. That is exactly how detectors work: when entering the unit, smoke particles reduce the current and the alarm goes off. When properly handled, such devices are entirely harmless. But when you install them, you should meticulously follow the instructions.

How Much Radiation Do We Consume per Year

The unit in which radiation is measured is called sievert (Sv). 5 Sv is a lethal dose. Cancer might start to develop if a person receives over 100 mSv or 0.1 Sv per year (1 Sv = 1,000 mSv). A chest CT scan produces approximately 6 to 18 mSv at one time. If a person smokes 30 cigarettes per day, that equals 13 mSv per year. From rocks, water and cosmic rays we receive around 2.5 mSv per year. Only 15% of the radiation that we are exposed to comes from natural sources. The rest comes from man-made objects.

This was not a complete and exhaustive list of the sources of radiation that we come across in everyday life. Natural gas that we use for heating and cooking is radioactive too. Many medical preparations made in the first half of the previous century were radioactive and marketed as cure-alls. Yet it does not mean that we should avoid any potential sources of radiation. If they pass the governmental control and the dose they emit is too low to be dangerous, we can go on using them safely.