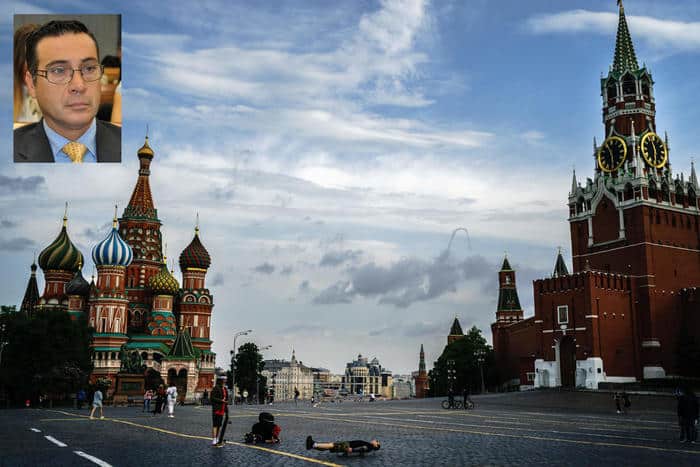 An officer of the Italian navy, Walter Biot (this is his name according to what ANSA learns from investigative sources) was arrested by the carabinieri del Ros, after being arrested together with an officer of the Russian armed forces: both are accused of serious crimes relating to espionage and state security. The intervention took place on the occasion of a clandestine meeting between the two, who were surprised while the Italian officer gave the other some ‘classified’ documents in exchange for money. The position of the foreign citizen is still being examined in relation to his diplomatic status. According to what has been learned, the frigate captain Biot is on duty at the Military Policy office of the Defense Staff.

Biot and the official accredited to the embassy of the Russian federation were stopped on Tuesday evening in a parking lot in Rome. The intervention was carried out by the Carabinieri del Ros, under the direction of the Rome Public Prosecutor’s Office, and the information activity was conducted by the Internal Security Information Agency, with the support of the Defense Staff.

Documents classified exclusively of a military nature. That’s what the frigate captain handed over to the Russian army officer. The exchange, according to what is learned, took place in exchange for money in a parking lot in the capital where the two were blocked. These are copies of documents that were at the attention of the Defense Staff. Biot photographed classified documents from the computer monitor and downloaded them onto a flash drive to be delivered to the Russian military. This is the modus operandi – according to the accusation – of the Italian military. The pennetta was seized yesterday by the carabinieri of the Ros. The documents would concern military telecommunication systems. To classified papers, Biot would have had access as he was on duty in the Defense Staff.

Five thousand euros in cash. This is how much the soldier of the Russian army would have given to the frigate captain in exchange for the documents. According to what is learned, the money was delivered to him in small boxes. The money was seized at the time of the exchange. It would seem that two had also agreed on a lower figure, about four thousand euros, for the transfer of documents that took place in the past. Against the Italian soldier, currently detained, the accusation is of obtaining news concerning the security of the State, political and military espionage, dissemination of news whose disclosure is prohibited.

The investigation. The military prosecutor of Rome will formally open today an investigation file on the arrest of the Italian and Russian officers. This was confirmed to ANSA by the military prosecutor of Rome, Antonio Sabino. Walter Biot’s validation hearing will be held tomorrow. The investigation, due to the coronavirus emergency, will take place remotely from the Regina Coeli prison. The charges against him are of procuring news concerning the security of the state, political and military espionage, espionage of news whose disclosure has been prohibited.

In relation to what was reported by the press about the operation conducted by the ROS carabinieri, under the direction of the Public Prosecutor’s Office of Rome, the Farnesina announces that the Secretary General of the Ministry of Foreign Affairs, Elisabetta Belloni, has summoned the Ministry this morning – on the instructions of Minister Luigi Di Maio – the Ambassador of the Russian Federation to the Italian Republic, Sergey Razov.

“We confirm the detention on March 30 in Rome of an official from the office of the Military Attaché. The circumstances of the incident are verified. For now we consider it inappropriate to comment on the contents of the incident. In any case we hope that what happened will not reflect on bilateral relations between Russia and Italy “. This was reported in a note by the Russian embassy in Rome.

“On the occasion of the summoning of the Russian ambassador to Italy to the Ministry of Foreign Affairs, we sent the latter the firm protest of the Italian government and notified the immediate expulsion of the two Russian officials involved in this very serious affair. I thank our intelligence and all the state apparatuses that work every day for the security of our country “. Foreign Minister Luigi Di Maio writes it on Fb.

The transfer of classified documentation by an Italian officer to an officer of the Russian Armed Forces stationed in Italy “is an extremely serious hostile act” for which “we immediately took the necessary measures”. Minister Di Maio said this during a communication to the Senate. “On my instructions – Di Maio recalled -, Secretary General Belloni summoned the Ambassador of the Russian Federation Razov to the Ministry this morning to forcefully convey our firm protest.