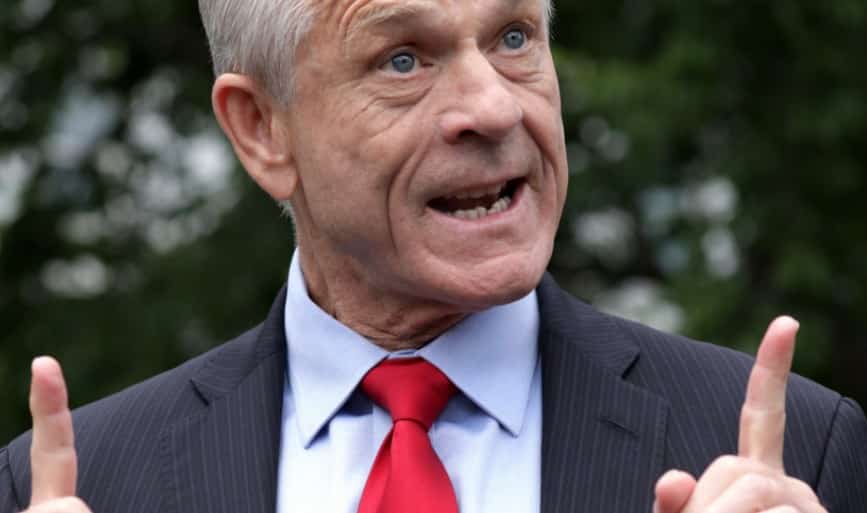 Raw Story: A top adviser to former President Donald Trump pressured agency officials to reward politically connected or otherwise untested companies with hundreds of millions of dollars in contracts as part of a chaotic response to the COVID-19 pandemic, according to the early findings of an inquiry led by House Democrats.

This article is pretty incredible. The Trump admin wasn't moving on Covid so Peter Navarro awarded contracts to friends with no medical manufacturing experience. The levels of corruption are staggering.https://t.co/EmSrcGrd2U

Peter Navarro, who served as Trump’s deputy assistant and trade adviser, essentially verbally awarded a $96 million deal for respirators to a company with White House connections. Later, officials at the Federal Emergency Management Agency were pressured to sign the contract after the fact, according to correspondence obtained by congressional investigators.

Documents obtained by the House Select Subcommittee on the Coronavirus Crisis after a year of resistance from the Trump administration offer new details about Navarro’s role in a largely secretive buying spree of personal protective equipment and medical supplies.

@SpeakerPelosi @SenSchumer I want this man investigated! I want ALL of what went down in the Trump administration investigated!!! https://t.co/epliL3p4Vo

But they also show he was among the first Trump officials to sense the urgency of the building crisis, urging the president to push agencies and other officials to “combat the virus swiftly in ‘Trump Time’” and cut through the red tape of the federal purchasing system.

In another communication, Navarro was so adamant that a potential $354 million contract be awarded to an untested pharmaceutical company that he told the top official at the Biomedical Advanced Research and Development Authority, or BARDA, “my head is going to explode if this contract does not get immediately approved.”

Navarro did not immediately respond to a request for comment.  read more..

The investigative findings also detailed some of the arrangements Navarro made with a number of companies who were employed as drug manufacturers. Details about the Trump administration’s loan to Kodak, known for its photography equipment as opposed to drug manufacturing, prompted a litany of congressional committee probes.