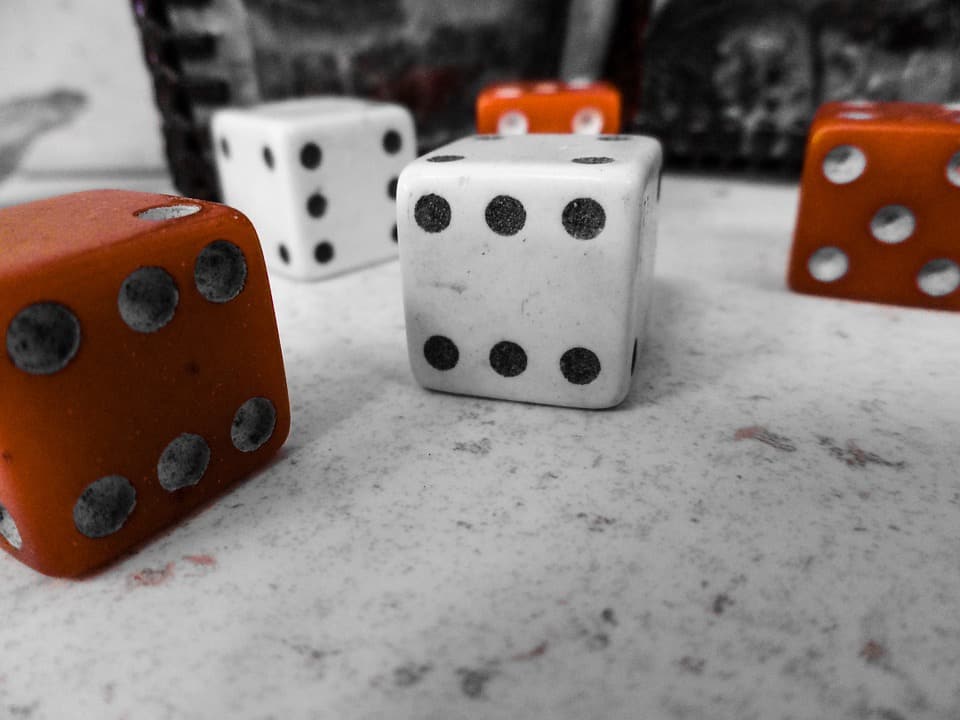 In the 21st century, gambling is big business, and the rise of online casinos has been especially instrumental in bringing the concept of betting to a brand new generation of people.

However, as well as being a thoroughly modern pursuit, gambling has a long history. It is something that humans have been doing for millennia. So what are the earliest examples of gambling taking place, and how can we trace this practice back through the mists of time to its origins in ancient civilizations?

Today, almost every culture worldwide has some form of mainstream gambling, whether that might be lotteries, casinos, sports betting, or anything in between.

However, one of the most surprising facts about who invented gambling reveals that dice were likely the most primitive piece of equipment ever conceived purely for the purposes of placing wagers.

The oldest dice discovered are dated to around 5000 years ago, having emerged from archeological sites in what is modern-day China. Ancient Egyptians were also known to have used dice, with 4000-year-old sets carved from animal bone uncovered at digs by modern-day researchers.

Of course, it is worth pointing out that these are simply the earliest pieces of evidence for gambling that we have at the moment, and it is thought that the practice dates back well beyond the reaches of current historical studies.

The concept of luck and predictability

While physical evidence for ancient, prehistoric gambling may be thin on the ground, there is a lot that academics can learn and extrapolate from the way that different cultures have treated concepts such as luck, chance, and predicting the future over the many thousands of years of human history which have been documented in some form.

For example, it is thought that the dice which were eventually carved from bone specifically for the purposes of gambling and gameplay were essentially inspired by the habits and traditions of early humans to forecast the future based on the way that bones and foliage fell on the ground after being thrown by a shaman or equivalent individual in each community.

It is in human nature to be fascinated with the idea that events that occur on Earth are in some way controlled by a higher power that we can neither see nor directly interact with, yet rolling the bones was a way of apparently perceiving and interpreting the will and intentions of whatever deity a particular culture believed in at the time.

In fact it was the knucklebones favored by soothsayers of the time which helped to influence the design of the first purpose-made dice sets. And while initially testing the fates in this way was likely focused on making guesses about what might happen to a person or an entire tribe, eventually betting on the falling of the bones was introduced.

The importance of paper

Another significant aspect of the evolution of gambling is that while making dice was relatively straightforward from a technical perspective, and bets could be placed in tradable goods and possessions, it was only the emergence of paper that allowed more complex games and betting systems to arrive on the scene.

Once again we can take a look back to Ancient China to find the evidence we need for the sowing of the first seeds of what would eventually become the modern gambling market. Innovative pulp-making technologies were developed and propagated from this region of the world, not only allowing for the first card games to be created, which are still widely used for gambling in the modern era, but also laying the groundwork for the emergence of the concept of paper money.

Paper money is arguably crucial to creating the conditions in which widespread gambling could flourish. The concept of having a token that represented a given value not only made wealth more transferrable but could also be applied to things like casino chips, without which much of the evolution of gambling would not have been possible.

The current state of play

Audiences are now able to enjoy an entirely digital approach to gambling, with all of the physicality of this ancient pastime recreated virtually thanks to online casino services.

That is not to say that land-based gambling experiences, many of which are still fundamentally similar to what humans were doing in caves long before the invention of bricks and mortar, are not still popular. However, it seems that the industry has turned a page in recent years and that while the principles of gambling will remain the same, the means have mutated once again.

SOURCEAskGamblers.com
ATTENTION READERS
Due to the nature of independent content, VT cannot guarantee content validity.
We ask you to Read Our Content Policy so a clear comprehension of VT's independent non-censored media is understood and given its proper place in the world of news, opinion and media.