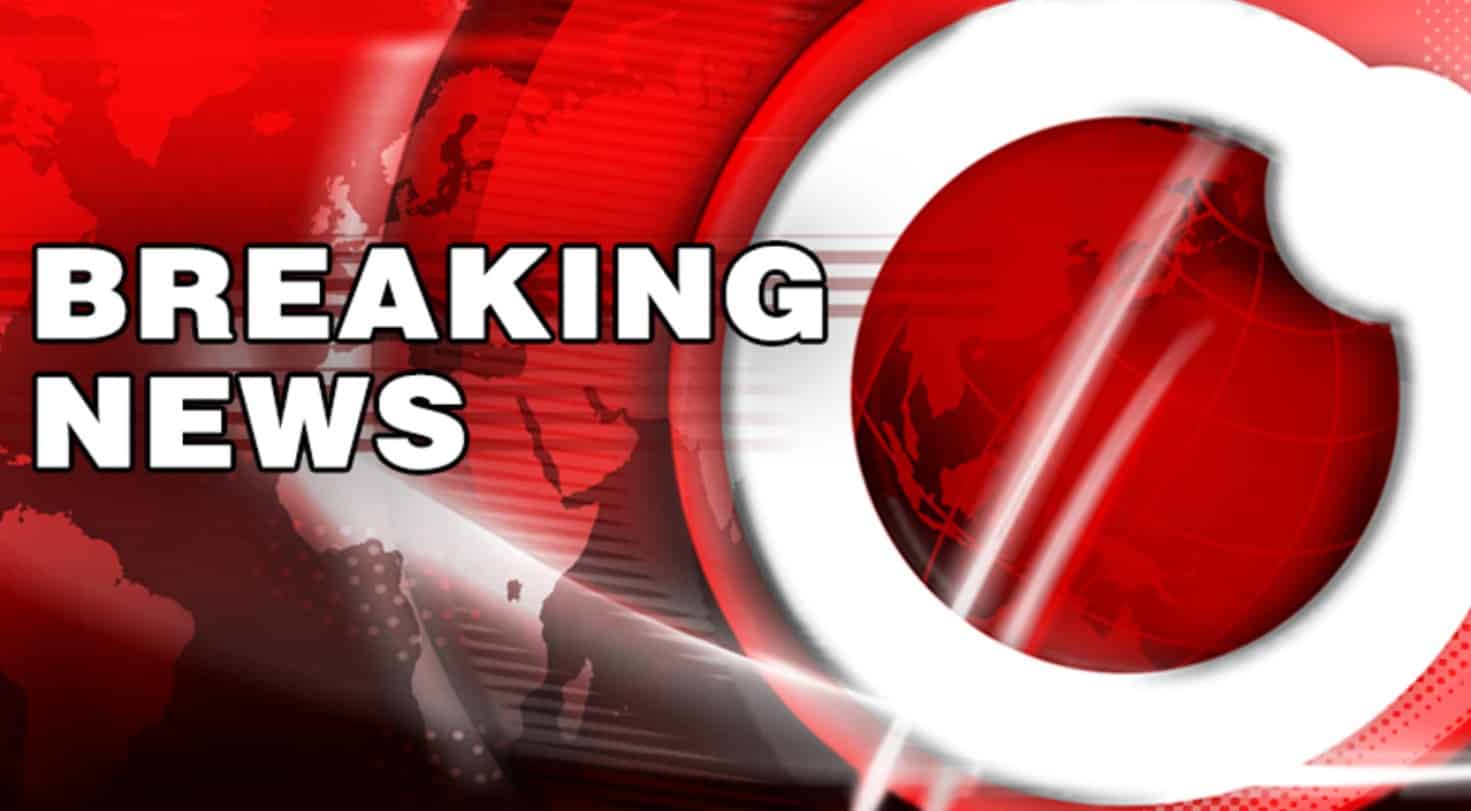 Daily Beast: Formal talks will resume in Vienna next week for the first time since former president Donald Trump abruptly pulled the U.S. out of the 2015 Iran nuclear deal, according to the Wall Street Journal.

#IEWorld | Iran nuclear deal participants have agreed to meet for talks in Vienna on the return of the United States to the accord. Mediators are to hold "separate contacts" with US representatives in the Austrian capital.https://t.co/s9TjpGpqkV

The breakthrough came after weeks of quiet backroom dealing between European intermediaries and U.S. and Iranian officials, though no bilateral meeting between the two nations is foreseen.

#UPDATE World powers and Iran agree to meet for talks next week in Vienna on the nuclear deal with Tehran, with mediators due to hold "separate contacts" with the US, the EU sayshttps://t.co/14eN2X6Yjw

All parties of the original agreement—Iran, France, Germany, the U.K., Russia, China, reps from the EU and U.S.—will meet to hammer out two separate agreements, including one with the U.S. and Iran specifically to determine steps to return Iran to compliance and remove debilitating sanctions against Iran.

#US #Iran to go to Vienna for indirect nuclear deal talks

Officials from Tehran and Washington will travel to Vienna next week as part of efforts to revive the 2015 nuclear deal between Iran and global powers, though they will not hold direct talks https://t.co/mdGhQJVayr

The U.S., Iran and other nuclear deal participants will meet next week to start talks on a full return to the 2015 agreement, Western diplomats said https://t.co/x6WaRqRo3H

and from Press TV:

Iran will return to full compliance with JCPOA only if US lifts all sanctions: Source tells Press TV

An informed source tells Press TV that the only way the United States could see Iran stop its counter-measures under the 2015 nuclear deal is for Washington to lift all the sanctions it imposed on the Islamic Republic in the aftermath of its withdrawal from the agreement some three years ago.

The source referred to the negotiations earlier on Friday within the framework of the joint commission of the parties the deal — officially named the Joint Comprehensive Plan of Action (JCPOA) — and said Iran, during the session, emphasized the necessity of a “consistent removal” of all the US sanctions and its verification before Tehran’s return to full compliance.

The source added that Iran will accept nothing from the JCPOA Joint Commission but the removal of all the sanctions by the United States.

In today’s negotiations, the source added, the consensus in Iran on the issue was emphasized.

As soon as the sanctions are lifted and the measure is verified by Iran, the Islamic Republic will stop all the measures it has taken under Article 36 of the agreement in response to Washington’s withdrawal from the JCPOA, according to the source.

The session, which was held virtually, was chaired by the deputy of the EU’s foreign policy chief Josep Borrell, Enrique Mora and attended by Iran, China, France, Germany, Russia and the United Kingdom.

The participants exchanged views on the prospect of a possible return of the United States to the JCPOA, which has been hanging in the balance since Washington’s exit and re-imposition of all the economic sanctions lifted by the accord in defiance of UN Security Council Resolution 2231.

Under the terms of the JCPOA, the Joint Commission is responsible for overseeing the implementation of the agreement.

‘No need for talks, US can return just like it left’

At the session, senior Iranian negotiator Abbas Araqchi, who headed Tehran’s delegation, once again elaborated on the Islamic Republic’s stance on the future of the agreement.

Araqchi, who serves as deputy foreign minister for political affairs, described the removal of the American sanctions as the first step towards the revival of the agreement, reiterating that Tehran would halt its retaliatory measures once the bans are lifted and the measure is verified by Iran.

“There is no need for any negotiations on America’s return to the JCPOA and the path ahead of the US is fully clear,” the Iranian official added. “Just like the US exited the deal and placed unlawful sanctions against Iran, it can now rejoin the agreement in the same manner and stop breaking the law.”

Foreign Minister Javad Zarif also took to twitter to offer a summary of what happened at the meeting.

He said Iran and the remaining co-signatories to the JCPOA agreed to resume in-person talks, in Vienna, Austria, next Tuesday with the aim of rapidly finalizing “sanction-lifting & nuclear measures for choreographed removal of all sanctions, followed by Iran ceasing remedial measures.”

The top Iranian diplomat also reaffirmed that an Iran-US meeting on the subject would be “unnecessary.”

Araqchi also said that “the US will not be present in any meeting attended by Iran, including that of the JCPOA Joint Commission. This is certain.”

The two officials reaffirmed Iran’s position on talks with the US after the Wall Street Journal claimed in a tweet that “the US, Iran and other nuclear deal participants will meet next week,” citing unnamed Western diplomats.

China urges US to lift anti-Iran sanctions, return to obligations

Meanwhile, China on Friday slammed the United States for creating tensions by quitting the Iran deal, renewing the call for Washington to lift all the “illegal” sanctions imposed on Iran.

“China welcomes the US return to the deal and urges it to lift all illegal sanctions on Iran and stop long-arm jurisdiction,” Hua Chunying, spokeswoman for the Chinese Foreign Ministry, told a news conference in Beijing.

She said Beijing has always played a constructive role in efforts to save the JCPOA, despite America’s trouble-making, and that her country is “fair” in the situation revolving around the agreement.

Russia: Things on track, but the road ahead not easy

In turn, Russia’s ambassador to the International Atomic Energy Agency (IAEA) said following the talks that his assessment was that things were on the right track.

“The virtual meeting of the Joint Commission of #JCPOA is over,” Mikhail Ulyanov said in a tweet. “Discussions were quite businesslike and will continue. The impression is that we are on the right track but the way ahead will not be easy and will require intensive efforts. The stakeholders seem to be ready for that.”

In a statement issued after the meeting, the European Union said all the participants stressed their commitment to keeping the JCPOA alive and “discussed modalities to ensure the return to its full and effective implementation.”

They also agreed to continue to resume the session in Vienna next week “in order to clearly identify sanctions lifting and nuclear implementation measures, including through convening meetings of the relevant expert groups,” it added.

“In this context, the coordinator will also intensify separate contacts in Vienna with all JCPOA participants and the United States,” according to the statement.

The stalemate over the Iran deal has been prolonged by the new US administration’s refusal to take measures towards regaining the trust that Iran lost when ex-president Donald Trump simply renounced America’s signature of the JCPOA and went on an internationally-criticized hostile campaign of economic pressure against Iran.

Tehran wants the US, as the party that initiated the diplomatic crisis, to act responsibly and remove the unlawful sanctions against Iran practically and verifiably to assure Iran of its seriousness, and Iran would then return to full compliance.

However, the US under President Joe Biden has been dragging its feet on revoking a pressure policy that he has sharply criticized, failing to take any stride towards the deal.

The diplomatic efforts to save the accord have increased since a missed February 21 deadline set by Iran for the removal of US sanctions before it took more remedial steps away from the agreement as part of its legal rights stipulated in the JCPOA itself.

For their part, the European signatories to the JCPOA — which also failed to fulfill their contractual commitments to Iran under pressure from the US — have been using their capacity both as members of the deal and allies to the United States to enable a potential US return.

(This item is being updated.)