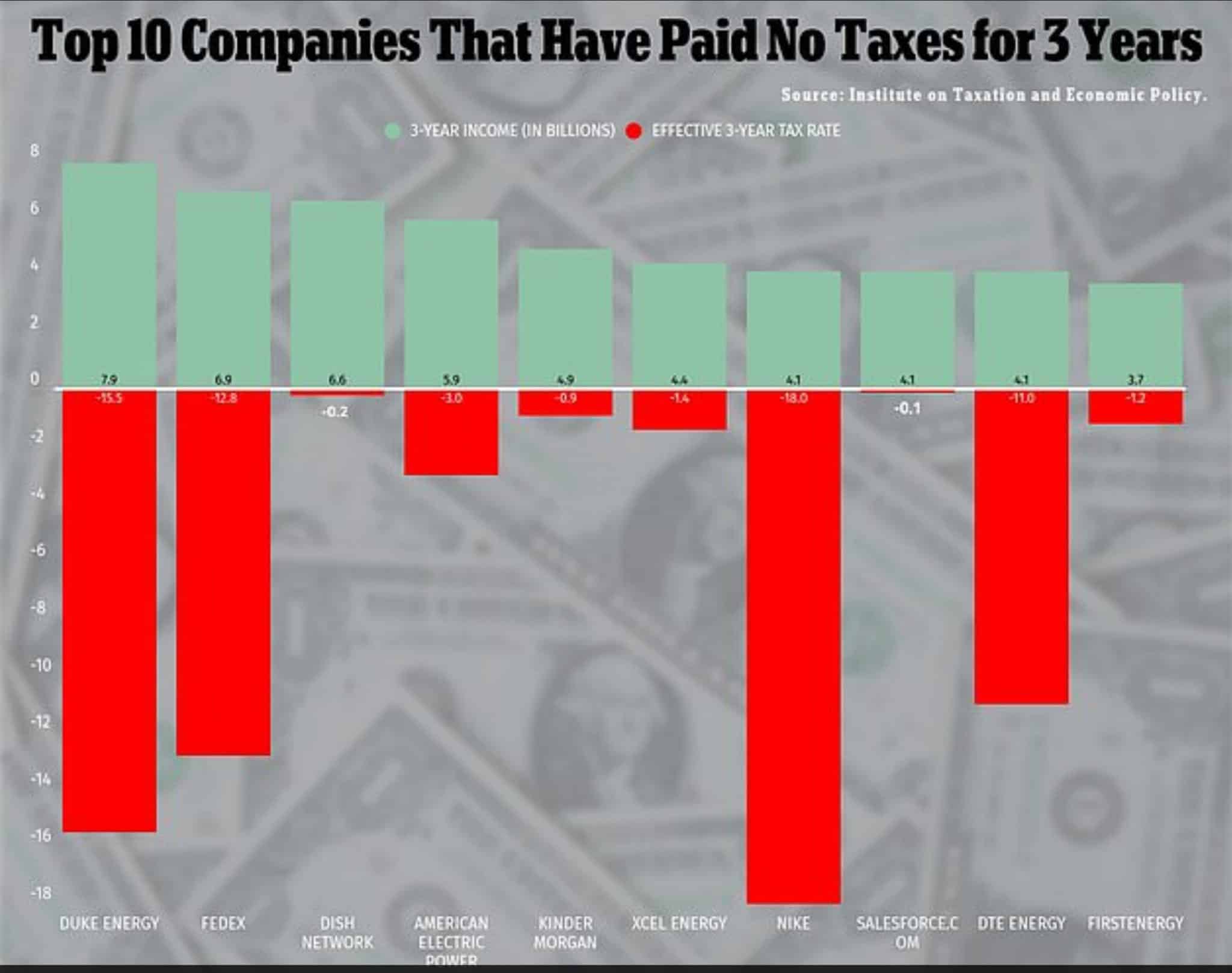 In 2017, then-President Donald Trump signed a new bill law that slashed the corporate tax rate from 35 percent to 21 percent.

But some companies have been able to pay $0 due to legal deductions and exemptions despite enjoying incomes in the billions.

A total of 55 companies were named in the report, done by the Institute on Taxation and Economic Policy (ITEP) representing industries such as telecommunications, utilities and computers.

A further analysis found that 26 of those companies, including FedEx and Nike, have paid no federal income tax for at least three years due the Trump tax cuts.

It comes as President Joe Biden currently proposes raising the corporate tax rate up to 28 percent.