[ Editor’s Note: Once again we find the allegedly progressive West, whose arms companies were only too happy to sell weapons to the Saudis to use against the Yemenis in a kind of warfare that is a traditional war on the population.

For poorer countries where the taxation base is low, natural resources can be the life saving well from which many public services are funded, starting with health and education. As the war dragged on, with one Saudi failure after another due to its use of low end mercenary troops, the princes increased the brutality of their tactics.

Prince bin Salman’s democratic Western supporters were silent thru it all, including the blockade on essentials that the Yemeni civilian population needed. War crimes became so routine that they blended together and the world became numb to the suffering there.

Somehow the Yemenis have survived. One of the ways they did it was with their robust domestic missile building program, and yes, most probably with technical parts being smuggled in to where it was able to lauch missile and combat drone counterstrikes on the Saudis.

Americans generally side with heroic defenders in these overseas fights, but the journalists in the past that covered conflicts, including Ernest Hemmingway at one point, are a rarity now, and most often independents with magical funding.

Biden has been busy, so I assume that Yemen is down his list, but he did send the Zionists a message this week via Secretary of State Blinken’s call for Palestinians to recieve equal treatment to Israelis.

I can’t see why Biden would bluff something like this, only to embarrass himself if there is nothing behind it. We shall see. Maybe justice for Palestine could trigger some justice for Yemen… Jim W. Dean ] 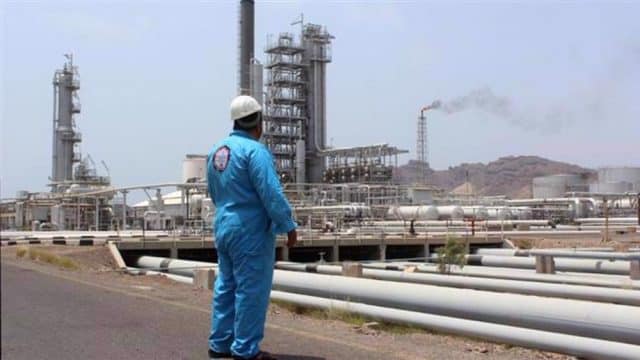 Yemen’s minister of oil and minerals has said more than $76 billion of Yemen’s oil and gas revenues has been looted since the beginning of the Saudi-led war on the Arab country.

He added that Yemen’s loss as a result of the disruption of its liquefied gas production has reached 2.7 trillion rials (nearly $11 billion).

The remarks came days after the Yemeni Petroleum Company (YPC) announced that the Saudi-led coalition has released two out of ten seized fuel ships belonging to the war-torn country.

In a statement on Wednesday, the YPC quoted tanker shipping firms as saying that the war coalition is still holding eight Yemeni tankers carrying fuel meant for public consumption. Last month, the executive director of the YPC announced that the total damage caused by the seizure of Yemeni tankers has reached $34.5 million this year.

The popular Ansarullah movement, which is running state affairs in the capital Sana’a, said the Saudi-led coalition and the self-proclaimed government of Abd Rabbuh Mansur Hadi have seized the vessels carrying fuel and prevented them from entering the port of Hudaydah, a lifeline for millions of Yemenis.

The seizure of Yemeni tankers has caused a fuel shortage over the past months in Yemen, which has been described by the United Nations as the world’s worst humanitarian crisis. It has knocked out generators and water pumps in hospitals and disrupted aid supplies across the country.

Back in July 2020, Dares said Saudi Arabia and its mercenaries had looted some 48 million barrels of Yemen’s crude oil in previous years.

He said they had stolen 18 million barrels only in 2018, and another 29.5 million in 2019, adding that the invaders continue to loot Yemen’s oil, while the Yemeni people remain in dire need of fuel and oil derivatives under the Saudi blockade of their country.

In his Friday interview, the Yemeni minister pointed out that the invading countries focused on stealing public revenues with the aim of strangling the Yemeni people and undermining their resistance.

“Oil and gas revenues are the right of all Yemeni people, and we will not be silent about such organized and continued looting,” he asserted.

The devastating war on Yemen was launched by Saudi Arabia and a number of its regional allies in March 2015, with arms and logistics support from the US and some other Western states.

Six years since the Yemeni carnage, the coalition has miserably failed to reach its goals, which were to restore the Riyadh-friendly Hadi regime and crush the Ansarullah movement.

Hundreds of thousands of people have been killed during the coalition’s attacks or as a result of the ongoing aggression and blockade against Yemen. People in Yemen also face increasing risks of disease and starvation as a result of the war.

A recent report by a UK-based NGO said that at least a quarter of all civilian casualties from the war in Yemen in two years have been children, with at least 2,341 confirmed deaths and injuries of children in Yemen between 2018 and 2020.