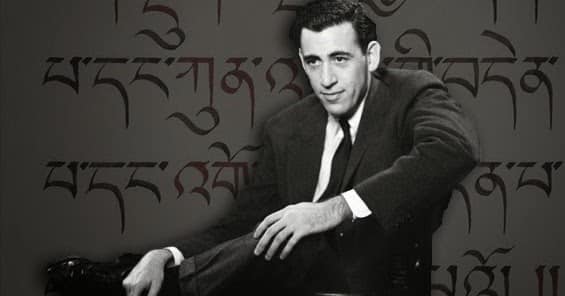 There is no doubt that the MeToo Movement is an ideological enterprise which has very little to do with empowering women who have been sexually abused and helping the defenseless. If you doubt this, then just take a closer look at what is happening with the Woody Allen/Dylan Farrow debacle. We have written on this issue in the past.

But if you think that the Allen/Farrow disaster is just an isolated case, then fasten your seatbelt and pay attention to novelist and journalist Joyce Maynard. When Maynard first wrote a memoir detailing her sexual encounter with J.D. Salinger—known for novels such as The Catcher in the Rye—the entire oligarchic system in the media came out with pitchforks and attempted to politically destabilize virtually anything that Maynard said. She writes:

“It took me that long to recognize the truth: that I was groomed to be the sexual partner of a narcissist who nearly derailed my life. When I published a memoir telling my story, I was accused of trying to sell books, to make money from my brief and inconsequential connection to a great man. Adjectives applied to me by well-respected critics included the words ‘icky, masturbatory’ (in Mirabella), ‘indescribably stupid’ (in The Washington Post), and (from Maureen Dowd in The New York Times) ‘predator.’ One writer, Cynthia Ozick—hardly alone among celebrated authors, weighing in with her condemnation—portrayed me as a person who, in possession of no talent of my own, had “sucked out” Salinger’s celebrity. In the eyes of many, I was a literary vampire. For some, simply a cunt.”[1] 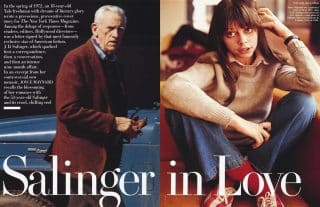 Where is the MeToo Movement? Where are Reese Witherspoon, America Ferrera, Jennifer Lawrence, Salma Hayek, Lady Gaga, among others? Do these people really care about credible women who have been morally and psychologically damaged by people like Allen and Salinger? Of course not. Of the Allen/Farrow scenario, Maynard remembered:

“What chilled me most was the level of something close to violence—an almost toxic rage—in the way many Allen loyalists spoke about Farrow. (‘I’d like to smash her face in,’ wrote one.) You could almost think, reading the words of some of them, that they must be confusing Mia with the first woman who broke their heart, or a sadistic kindergarten teacher, or maybe their mother, if they hated their mother a whole lot. Some of them, weighing in on the documentary—and more on the Woody Allen fan page—chose to quote the old saw ‘Hell hath no fury like a woman scorned.’ The scariest brand of fury I have ever witnessed is that of men confronted by a woman’s story of abuse at the hands of a man they idolize.”[2]

What was Maynard’s unpardonable sin? “When I was very young, I had slept with a famous man. When I was no longer young, I told about it….In pre-MeToo 1998, when I published the book that told the story of what happened between J.D. Salinger and me, I might as well have murdered Holden Caulfield. Many have never forgiven me. I got on with my life, wrote many more books, but not without great cost.”[3]

If that isn’t bad enough, then listen very carefully here:

“The year following the publication of the memoir in which I detailed my experiences with Salinger, I made the decision to sell the 50 or so pages of the letters he’d written to me when I was 18. I had no use for these. So I consigned them to Sotheby’s.

“The letters were put on display for potential buyers. For three weeks they remained available for examination—by collectors, but also literary historians, biographers, devotees of an important writer, who, had they sought them out, might have learned much about the author’s views on a wide range of topics. Baseball, jazz, Buddhism, Hitchcock movies, gardening, his children, writing.

“Not a single serious critic or literary historian, biographer, or member of the press paid a visit to the auction house to study the letters. But on the subject of me, and my money-grubbing choice to sell what were described as my ‘love letters,’ the press was relentless. Had I no shame?

“Actually, no. I saw no crime in divesting myself of letters that served only as reminders of a hurtful and damaging time in my life.

“As it turned out, these letters (whose buyer returned them to Salinger, who no doubt destroyed them) were somewhat less rare than I had supposed. Over the years that followed, I heard from well over a dozen women who had a similar set of treasured letters from Salinger in their possession, written to them when they were teenagers. It appeared that in the case of one girl, Salinger was writing letters to her while I sat in the next room, believing he was my soul mate and partner for life.”[4]

We all sympathize with Maynard in that regard. But what we are seeing here is Hegel’s cunning of reason in full display. For more than sixty years, the entire culture has mocked practical reason or morality and declared that there is no such thing as sexual sin. Keep the following logic in mind: If there are no moral standards, then there are no right and wrong. If there are no right and wrong, then there are no sexual ethics. If there are no sexual ethics, then all sexual mores are on the table. If all sexual mores are on the table, then things like rape and pedophilia and sexual abuse are plausible and even permissible. Wilhelm Reich, the father of the sexual revolution, put it quite bluntly when he said:

“The first prerequisite for healthier human and sexual relationships is the elimination of those moral concepts which base their demands on allegedly supernatural commands, on arbitrary human regulations, or simply on tradition…

“We do not want to see natural sexual attraction stamped as ‘sin,’ ‘sensuality’ fought as something low and beastly, and the ‘conquering of the flesh’ made the guiding principle of morality!”[5]

Keep in mind that it was Reich who said that: “Sexual inhibition prevents the average adolescent from thinking and feeling in a rational way.”[6] Reich continued,

“What was important to me was the force, and clarity and power of [Reich’s] early works, and the daring. And also the fact that I think in a basic sense that he was right.”[12]

“In 1947, after Harper’s magazine introduced Reich to mainstream Americans as the leader of ‘a new cult of sex and anarchy’ that was blooming along the west coast, where Henry Miller and other bohemians lived in shacks along the Pacific, the Food and Drug Administration began investigating Reich for making fraudulent claims about the orgone energy accumulator.”[13]

What we are saying here is that the moral order or practical reason is connected to everything else. And whenever an entity or even an individual deliberately dismisses or denies the moral order, he or she will end up in moral and intellectual death. This is why people like Maynard need to embrace the moral order. Obviously the sexual revolution did not work for them.