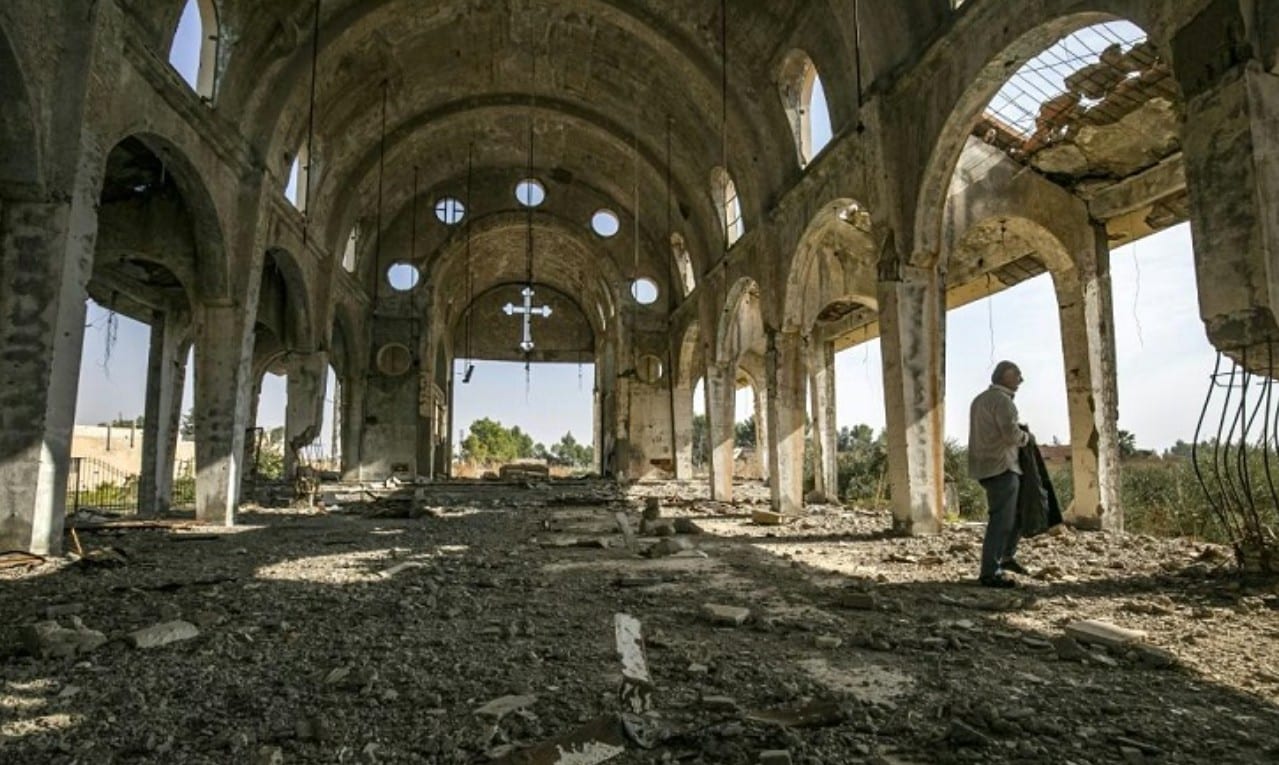 In recent decades, a handful of countries in the Middle East have witnessed radicalism raising its ugly head in a bid to undermine interfaith peace. Wherever those radicals managed to get in control, religious minorities, including Christians, became victims.

A vivid example of this notion is Iraq, where 1.5 million Christians lived under the regime of Saddam Hussein. However, once this country and the region as a whole got overrun by radical extremist forces, they started persecuting Christians, and as a result the population of the latter decreased tenfold! There are almost no Christians left in Libya, and Christians in Egypt went through some truly tough times under the rule of the Muslim Brotherhood (banned in the Russian Federation), as churches got burnt and priest suffered frequent assaults. That is why most Christians were forced to flee the country. There’s reports of torture and murder of Christians that come from other regions of the world — Nigeria, Pakistan, Afghanistan, and India. In Kosovo religious shrines would be repeatedly desecrated, many churches are now all but destroyed, and Christians can no longer visit the graves of their relatives and pray to God in their ancestral land.

However, the region where Christians are still oppressed the most is the Middle East. The events that took place in Syria became the source of the deepest concern of the entire Christian world, as Syria is the cradle of Christianity. It was here at the onset of Anno Domini that the first Christian communities were built and the term “Christians” was used for the first time. Christians were the native population of this country, and they’ve been thriving in Syria for twenty centuries straight.

When Islam came to Syria, Christians and Muslims learned to live peacefully side-by-side for centuries, until very recently. In fact, Syria has always been a vivid example of interreligious harmony for the rest of the world.

However, in the last two decades, this interreligious balance has been disrupted by the radical fanatics of Al-Qada and Daesh (both terrorist groups that are banned in the Russian Federation). In those regions of Syria where radical forces managed to take power into their hands, Christians became their first victims, Christian churches would be destroyed and desecrated, and many priests would be killed or abducted. As a result, hundreds of thousands of Christians were forced to leave their own country or become refugees inside it. The war in Syria has drastically affected the Assyrian communities in the north of the country, as violence, kidnappings and looting would plague virtually every settlement in this part of the country. What we’ve witnessed was nothing short of genocide of Christians and other religious minorities, which were explicitly targeted by the terrorist forces. Numerous acts of genocide against religious minorities, including Christians, committed by Muslim radicals were officially recognized by the European Parliament in February 2016. Those cities and districts where Christians would make up more than a half of the population quickly became conflict-ridden war zones. Places like Homs, where tens of thousands of Christians used to live, or Aleppo that was reduced to ruins by the Daesh terrorist gangs.

Until very recently, the policies of a number of Western states have practically done nothing to put an end to the genocide of Christians in Syria. It was clear from the onset of the conflict that the fall of the regime of Bashar al-Assad would have inevitably resulted in the complete extermination of Christian and Alawite communities, as disparate groups of the so-called “moderate opposition” were in no position to create a strong government to protect religious minorities. Western leaders were fully aware of the fact that if their demand about Assad stepping down was fulfilled, this would trigger a new wave of genocide against Christians. And they were quite willing to see it through and witness the carnage firsthand.

The fact that the problem of Christians was of little concern to Washington is evidenced by the reports published in the American media. Those demonstrate the reluctance of the United States to let Christian refugees in. Thus, according to the annual report of the US Bureau of Population, Refugees, and Migration that was issued in 2015, 97% of all Syrian refugees allowed to enter the US were Muslims, while only 53 Syrian refugees who professed Christianity were allowed to cross the border. Mind you, by that year a third of the entire Syrian Christian population had already left the country.

The war in Syria has led to a humanitarian crisis of unprecedented proportions. According to UNHCR, nearly half a million people have perished, and more than a half of the entire population – some 12 million people was forcefully misplaced. The better part of those people have taken refuge in neighboring countries-Turkey, Lebanon, Jordan and Iraq. About a million people tried to reach Europe, starting the largest exodus since the Second World War! A whole generation of children was born in exile.

Therefore, it is not surprising that one of the principal goals of Russia’s military support to Syria was the liberation from radical Islamists of the territories that were traditionally occupied by Christian communities. Due to the active steps undertaken by the Russian military attempts at perpetuating genocide against Christians were brought to a screeching halt. Moreover, conditions were created for refugees to return home and considerable support was provided to enable restoration of peace that Christian communities used to enjoy in Syria. It was Russia that played a key role in preventing new acts of genocide against the Christian population of northeastern Syria.

Since the very first day of the Syrian conflict, Russia and the Russian Orthodox Church have consistently called on the international community to consolidate its efforts in a bid to provide assistance to the people of Syria. When it became obvious that one of the most important tasks on the way to peaceful life was the restoration of the destroyed infrastructure, the Russian Orthodox Church managed to rally both Christians and Muslims all across Russia to facilitate this goal. Thus in August 2013, it sent 1,320,407 dollars to the Patriarch of Antioch that were collected with the blessing of His Holiness Patriarch Kirill across the churches of the Russian Orthodox Church. In 2017, on the basis of the Council for Cooperation with Religious Associations under the President of Russia, an Inter-religious working group was established to provide humanitarian assistance to the population of Syria, where both Christian and Muslim communities of Russia were represented. With the assistance of the Moscow Patriarchate’s department for external church relations, the Russian center for reconciliation of the warring parties delivered humanitarian aid to Christian settlements in the Homs governorate, and at the request of the Antiochian Orthodox Church – to Christian villages in the governorates of Hama and Idlib. With the participation of Russian specialists the monastery of Holy Thecla was brought back to peaceful life in the governorate of Damascus. In a short period of time, the working group has successfully concluded a number of other humanitarian projects.

However, Moscow would carry on taking consistent diplomatic steps to protect the interests of Christian communities in other parts of the world. In particular, in the territory of Nagorno-Karabakh, that is controlled by Azerbaijan these days. With the active participation of the Russian Orthodox Church, efforts are being made to draw the attention of the international community to the problems of Christian communities in Africa.

Today, it can be safely stated that the painstaking efforts that were undertaken to preserve Syria as one of the founding stones of the Muslim world were not in vain, although initially this country was, as you already know, the cradle of Christian civilization. And Russia played a major role in saving this example of interreligious harmony from disintegration and subsequent self-destruction, which would trigger similar processes in a number of other states across the Middle East.