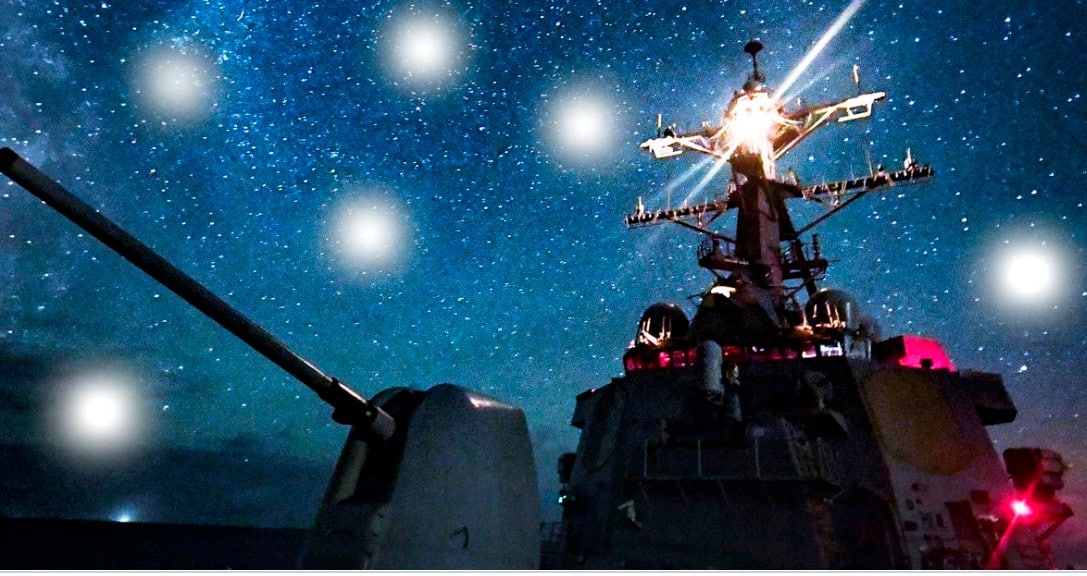 The Drive: In July of 2019, a truly bizarre series of events unfolded around California’s Channel Islands. Over a number of days, groups of unidentified aircraft, which the U.S. Navy simply refers to as ‘drones’ or ‘UAVs,’ pursued that service’s vessels, prompting a high-level investigation.

During the evening encounters, as many as six aircraft were reported swarming around the ships at once. The drones were described as flying for prolonged periods in low-visibility conditions, and performing brazen maneuvers over the Navy warships near a sensitive military training range less than 100 miles off Los Angeles. The ensuing investigation included elements of the Navy, Coast Guard, and the Federal Bureau of Investigation (FBI). The incidents received major attention, including from the Chief of Naval Operations—the apex of the Navy’s chain of command.

The following is our own investigation into these events, during which we discovered these events were far more extensive in scale than previously understood.

VT: This is a major story, read it all here:

and from the Daily Beast, their synopsis…

Daily Beast: Back in July 2019, a swarm of technologically advanced drones buzzed around a fleet of U.S. Navy destroyers—and, despite multiple high-level inquiries into the incident, officials still have no idea who was flying them.

The encounters were first reported by The Drive website last month, which said the mystery drones managed to match the warships’ high speed, operated in low-visibility conditions at night, and flew for over 90 minutes—way longer than what commercially available drones can sustain.

Adm. Michael Gilday, chief of naval operations, was asked Monday if the Navy had identified the drones that flew near the ships off Southern California. He responded: “No, we have not.” Asked if the aircraft were “extraterrestrial,” Gilday said he had “no indications at all of that.”

According to NBC News, the flights sparked concerns of a serious security breach and prompted immediate inquiries from investigators in the Navy and the FBI, but it seems that their investigations hit a dead end.

Read it at NBC News

Read it at NBC News