Home Government Netanyahu in a state of panic—again 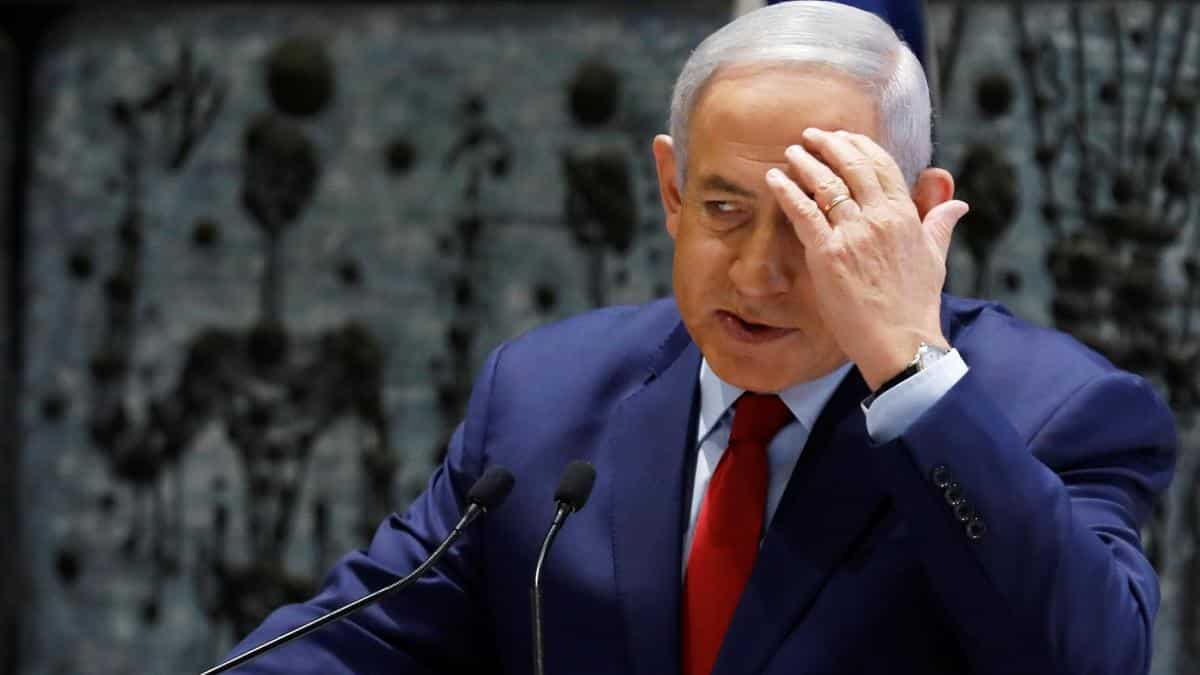 Back in 2019 Martin Indyk, a former US ambassador to Israel, noticed that Benjamin Netanyahu was mentally sick. Netanyahu, said Indyk then, simply could not control his passion. He always has an anxiety problem whenever the US attempted to have a frank dialogue with Iran. We were told then that Netanyahu

“frantically called US President Donald Trump after Iranian Foreign Minister Javad Zarif made a surprise visit to France during the G7 summit in a bid to stop the American leader from meeting with Tehran’s top diplomat.”[1]

“I’ve been on the other end of those phone calls many times from desperate Bibi aides insisting that he has to speak to the President or SecState IMMEDIATELY. When he’s in panic mode the fact that the President is in meetings with other world leaders is irrelevant.”[2]

Trump was in a meeting. Barak Ravid told us: “Netanyahu frantically tried to reach Trump for hours on Sunday to block Zarif meeting but the President couldn’t take his call.”

Has Netanyahu changed since then? Of course not. Once he found out that the Biden administration is trying to sit down and have a frank dialogue with Iran, Netanyahu again has been going crazy like a raging bull. He has stated unequivocally:

“The danger that Iran will return – and this time with an international imprimatur – to a path that will allow it to develop a nuclear arsenal is on our doorstep on this very day. We cannot go back to the dangerous nuclear plan, because a nuclear Iran is an existential threat and a very big threat to the security of the whole world.”[3]

Wait a minute. The meeting hasn’t even started yet, and the mad man in Tel Aviv is already positing one crazy statement after another. We had the plan during the Obama administration, and we should all challenge Netanyahu to point out a single outcome of the deal that was dangerous. But Netanyahu was just warming up:

“We must act against the fanatical regime in Iran that is simply threatening to erase us from the earth… We will always know to defend ourselves by ourselves from those who seek to kill us.”[4]

This man is not making any sense whatsoever. And if you think this is simply the opinion of Jonas E. Alexis, then let’s summon some Jewish leaders in Iran. Haroun Yashayaei, leader of Iran’s Jewish community, declared back in 2015:

“[H]e rushed to Washington to take part in a session of the US Congress to prevent a deal between Iran and the P5+1 group and to propagate all his lies against the Iranian nation and the Islamic Republic of Iran to have proxies of the rich Jewish lobby in the United States clap for him and admire him. However, the US President Barack Obama did not meet with him and once more, all people in the world heard that despite all the fuss made by Netanyahu and in spite of his financial and political dealings, his time is long over.

“In the past few days during which negotiations between Iran and the P5+1 group on the removal of sanction against the Iranian nation reached a conclusion, confusion has been the main hallmark of the current policies of the Israel. There is no doubt that the Israeli prime minister is so narcissistic that none of these developments can deter him from following his delusional goals.”

When Netanyahu again perpetuated the categorical lie that Iran was being aggressive, Yashayaei again challenged him on this very issue:

“It was quite amazing that a regime that has been occupying a large part of the Palestinian lands since 1967, has never heeded any of the resolutions adopted by the UN General Assembly or Security Council, and has even rejected to temporarily stop building settlements on the occupied territories to start talks with representatives of the Palestinian people, allows itself to call the Iranian nation and government occupationist because they defend the rights of the Palestinian people.”

Now you know that Netanyahu is a pathological liar who seeks chaos in the world, particularly in Iran. That’s why sane people cannot afford listening to that clown.