[ Editor’s Note: This voter suppression last stand for the Trump Republicans will eventually work its way to the Supreme Court, if the Congressional Democrats’ push to pass legislation to preempt it fails.

Handing someone waiting in line a slice of pizza or water, and making that a felony? Will the Georgia Republicans bring ISIS people in to enforce it, so as to not bloody their own white hands?

Even if Congress passed blocking legislation, the Republicans would mount a constitutional challenge, and I have read nothing so far to indicate where the judges could come down on the issue, especially if there is no precedent.

Vote rigging by gerrymandering has gone on for ages, a craven anti-democratic act in a way, but it allowed for the creation of districts that would have a minority representative forever, and the Supreme Court never turned that over.

Political infighting on the scale we are seeing can have unintended consequences, like the major company boycott controversies that are emerging. It began with companies supporting voting rights for all, i.e., ‘all of their customers’.

But Trump was quick to call on the Trumpsters to boycott all the companies boycotting the restrictive voting states, putting the states and the companies into a ‘lose, lose’ situation. Welcome to the new Trumper World Order.

Can it get worse before it gets better? Sure. But it can also get worse and then stay that way. We are in uncharted political waters, with rocky shoals enough for all to have their hulls ripped open for an unpleasant experience in shark infested waters. But that would not necessarily be a bad thing, depending on who was for dinner… Jim W. Dean ]

When we first reported that handing a slice of pizza to a voter waiting three hours in a line is now a felony in Georgia, other media ate it up (forgive me my puns).  It’s easy to understand the cruelty of plantation-minded Georgia Republicans making Black folk suffer from hunger and thirst in lines the GOP deliberately made long by closing polling stations in minority precincts. 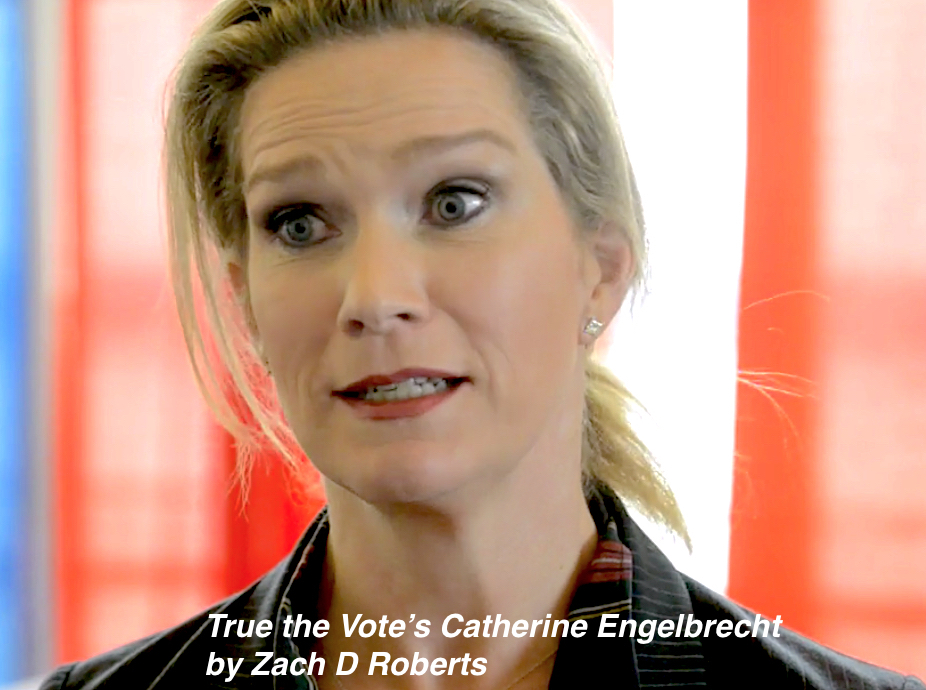 But there are greater horrors than pizza prohibition hidden in the 95 pages of Georgia’s new anti-voting law.
Donald Trump infamously demanded the Georgia Secretary of State “find 11,780” votes.  The MAGA mafia in the Georgia legislature found 364,541 votes to cancel, that is, voters whose ballots would be blocked from the count in the next election.

To understand how this mass attack on citizens will work, we have to go back to December 21, just before the Georgia Senate run-offs, when True the Vote, a Texas group founded by Tea Party crusader Catherine Engelbrecht, challenged the right of 364,541 Georgians to cast ballots.  You read that number right:  more than a third of a million voters almost lost their vote.

Almost.  County elections boards, facing threats by the ACLU and Stacey Abrams’ Fair Fight, rejected the challenges, noting that the numbers were too huge to be credible. One voter can challenge another if they have personal knowledge that the other voter is a fraud. The local shills used by the Texas group knew nothing of those they challenged.