Raw Story: On Wednesday, CBS News revealed that Rep. Matt Gaetz (R-FL) went to the Bahamas in late 2018 or early 2019 with a marijuana entrepreneur and hand surgeon that ultimately triggered a sex trafficking investigation.

Congrats on your instant fame, Jason @Pirozzolo. Enjoy the ride!!!

Why would Ron DeSantis appoint an accused sex trafficker to oversee an airport?  A hand surgeon?  A cannabis marketing guru?  (What did we used to call them back in college?)

Here he is with Marco Rubio, now a GOP trifecta: 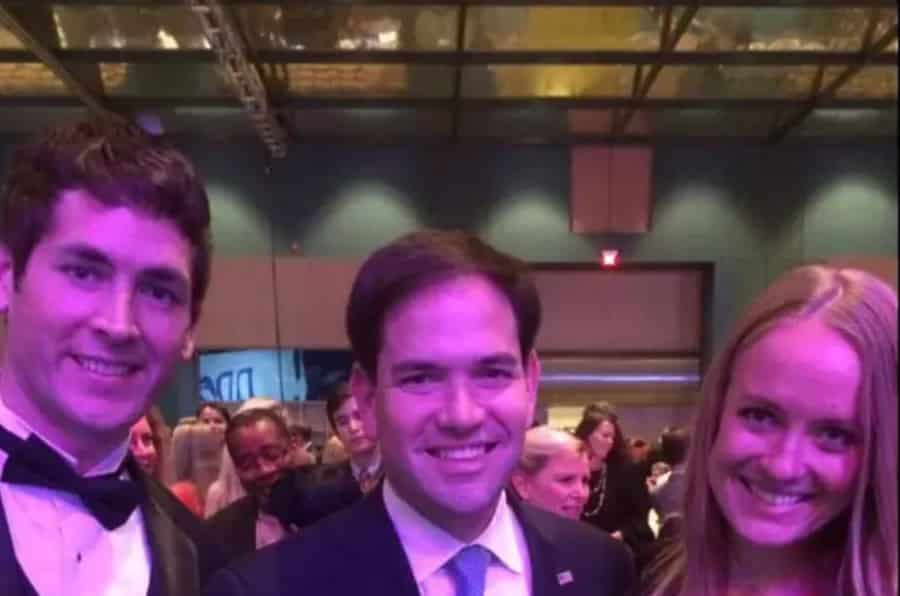 Then we find he serviced the Florida House of Representatives:

Dr Jason Pirozzolo his is the same Doctor who took Matt Gaetz on his sex weekend to the Bahamas. He also served as the Dr. for the FL House, although he lives over 4 hrs from Tallahassee. Desantis brought him to the Orlando airport to pick up trump on one of his stumping trips.

How was DeSantis paid for this huge favor?

Inside baseball on Gaetz's friends including Dr Jason Pirozzolo being appointed by DeSantis to the Greater Orlando Aviation Authority which has a $4 billion budget….https://t.co/V4SEEG4dZL

LOOK: Why is the doctor, Jason Pirozzolo, that paid for escorts on a trip he took with Matt Gaetz to the Bahamas — walking with Ron DeSantis to greet than president Trump.
*Clearly a huge sex scandal is about to be exposed in Florida! pic.twitter.com/Ozl7QPloNE

Whether the escorts were hired for sex across state or international lines is part of the investigation by the Justice Department, and it includes both Gaetz and Pirozzolo as part of that probe.

When Jason Pirozzolo applied for an appointment from Ron DeSantis to the board that runs Orlando International Airport his references included…wait for it…Matt Gaetz and Halsey Beshears: pic.twitter.com/tNiGdL3G0Y

A new development occurred Thursday when an old video was unearthed of then-President Donald Trump and first lady Melania Trump meeting Pirozzolo as they landed in Orlando in June 2019, months after the now-infamous Bahamas trip. Trump was there to launch his 2020 presidential campaign with a large rally.

He, Gov. Ron DeSantis (R-FL) and Casey DeSantis were the only three guests waiting on the tarmac in Orlando that day. It’s unknown who helped Pirozzolo score the unique opportunity to greet the president.