Daily Mail: Scientists believe they may have discovered a fifth force of nature, after observing tiny subatomic particles behaving in an unusual way.

A new experiment sent tiny muon particles, which are similar to an electron, through a 15-ton electromagnet in an attempt to measure how they ‘wobble’ over time.

Called the Muon g-2 experiment, as the particles travelled along the 50-foot long magnetic track, they wobbled 0.1 per cent off the Standard Model that has been used for 50 years. 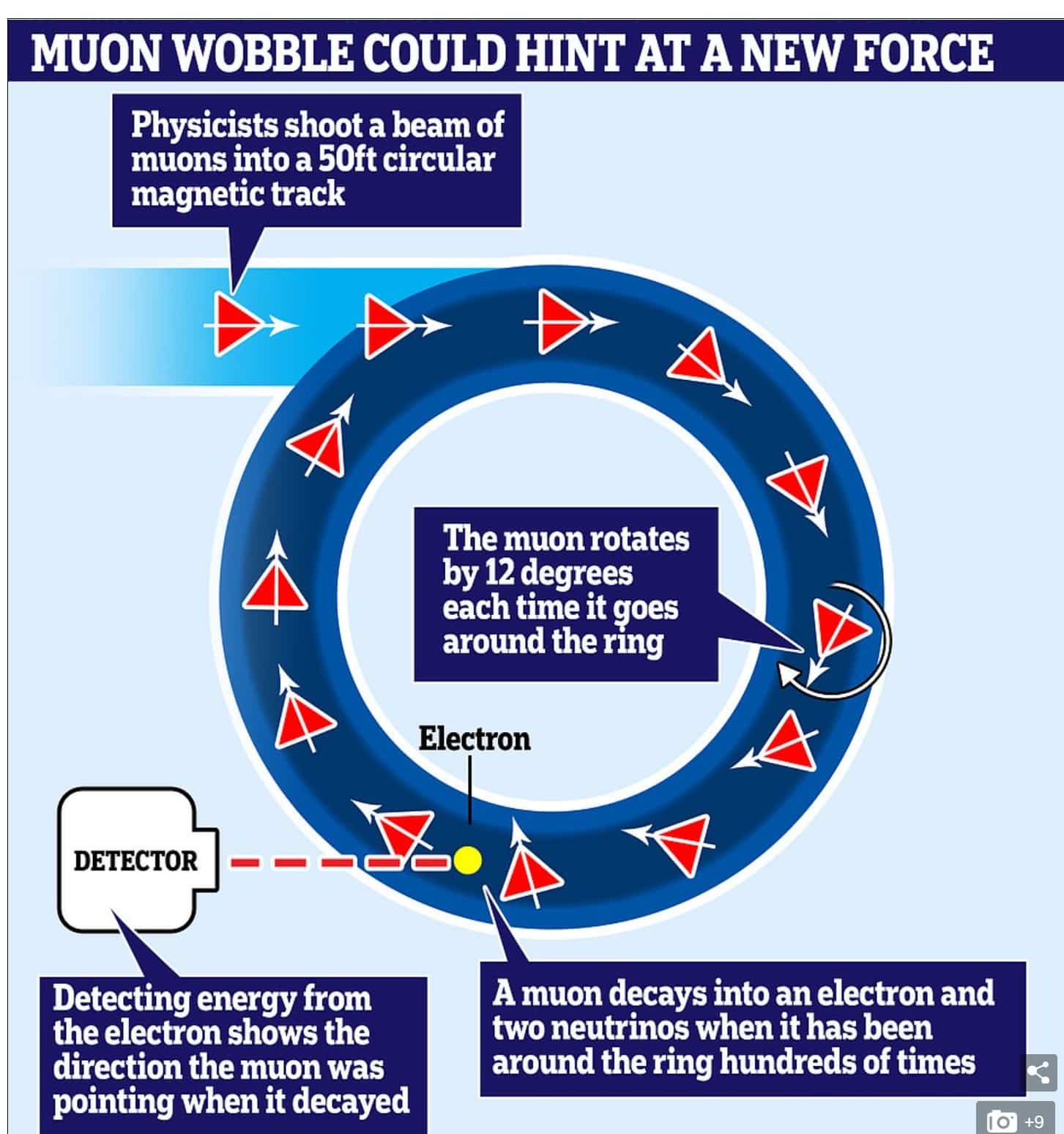 The Standard Model of physics suggests that everything in the universe is made from a few basic building blocks called fundamental particles, governed by four fundamental forces, the strong force, the weak force, the electromagnetic force, and the gravitational force. 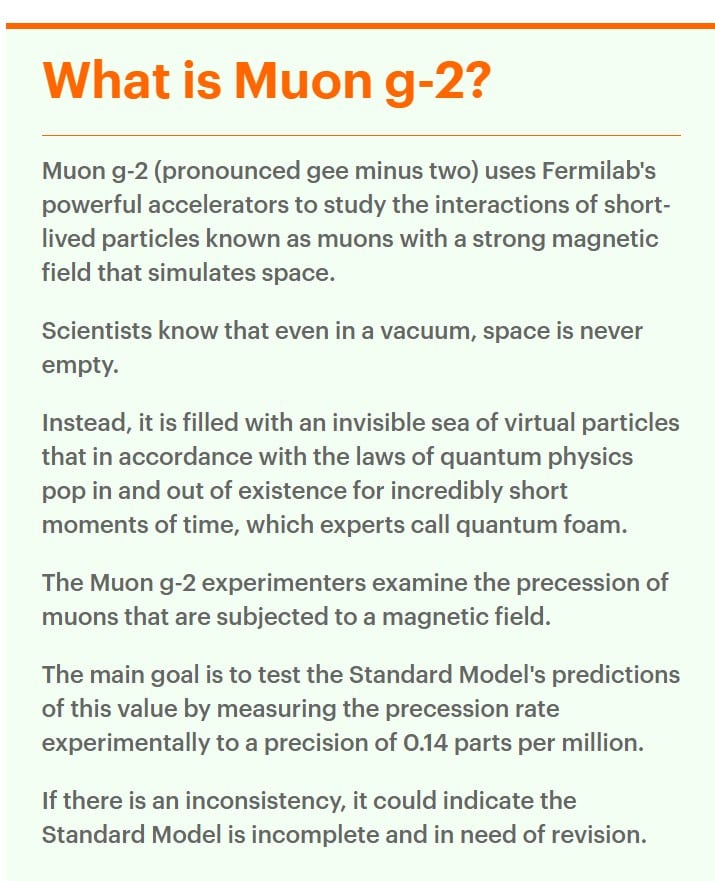 The latest discovery by Fermilab suggests the muon could be interacting with undiscovered particles or forces, not featured in the Standard Model as we know it, and as muons form naturally when cosmic rays strike Earth’s atmosphere, these results could change how we believe the universe works. 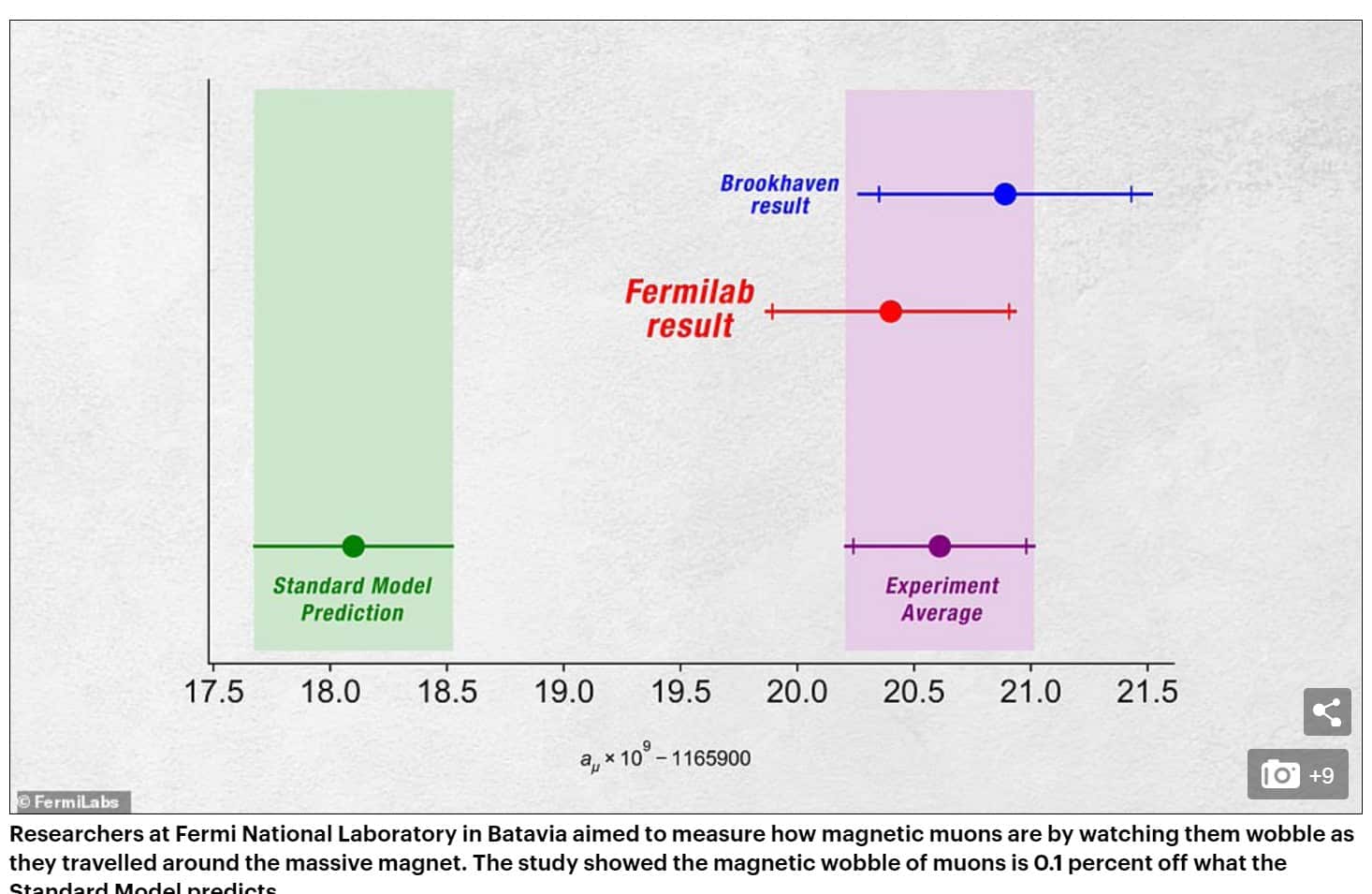 The UK’s Science and Technology Facilities Council (STFC) said the result ‘provides strong evidence for the existence of an undiscovered sub-atomic particle or new force’. 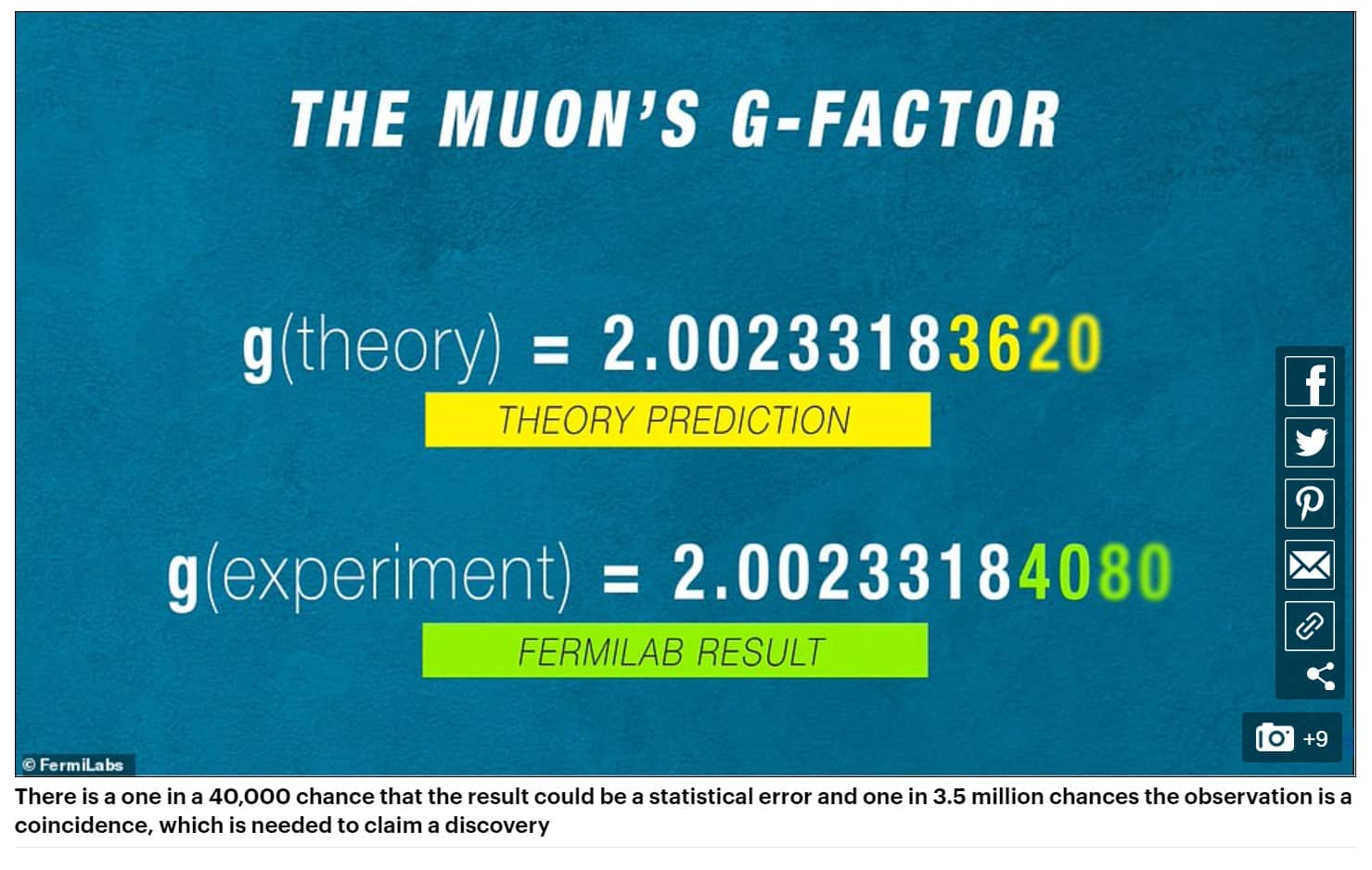 However, they caution that there is a one in a 40,000 chance that the result could be a statistical error. 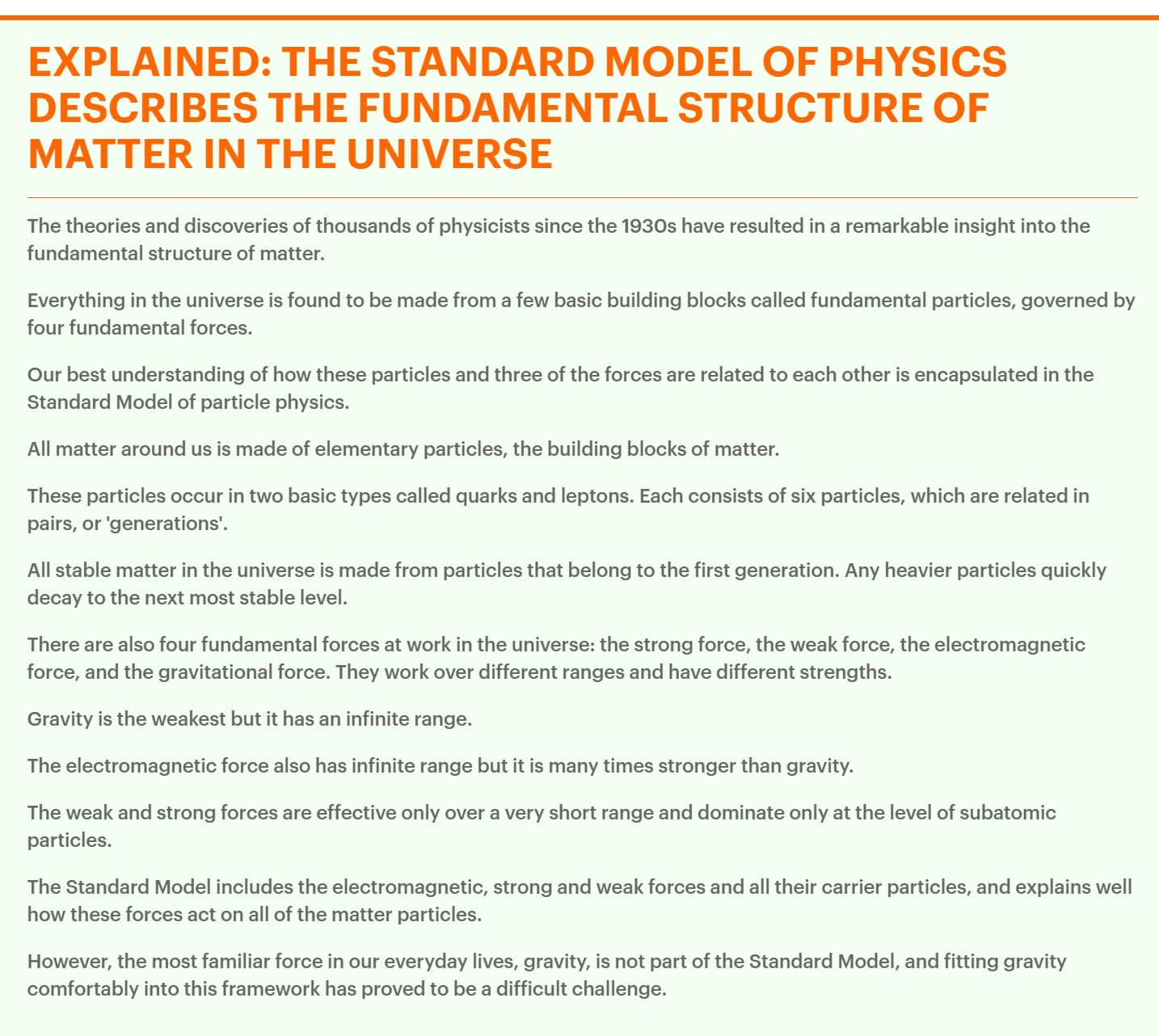 ‘It is getting close to the discovery of new physics beyond the Standard Model –new fundamental particles basically,’ he tweeted.

‘It would be the biggest discovery in Particle Physics for many years – certainly up there with The Higgs Boson.’

The Muon g-2 experiment searches for signs of new particles and forces by precisely examining the muon’s interaction with a surrounding magnetic field.  read more…good read…