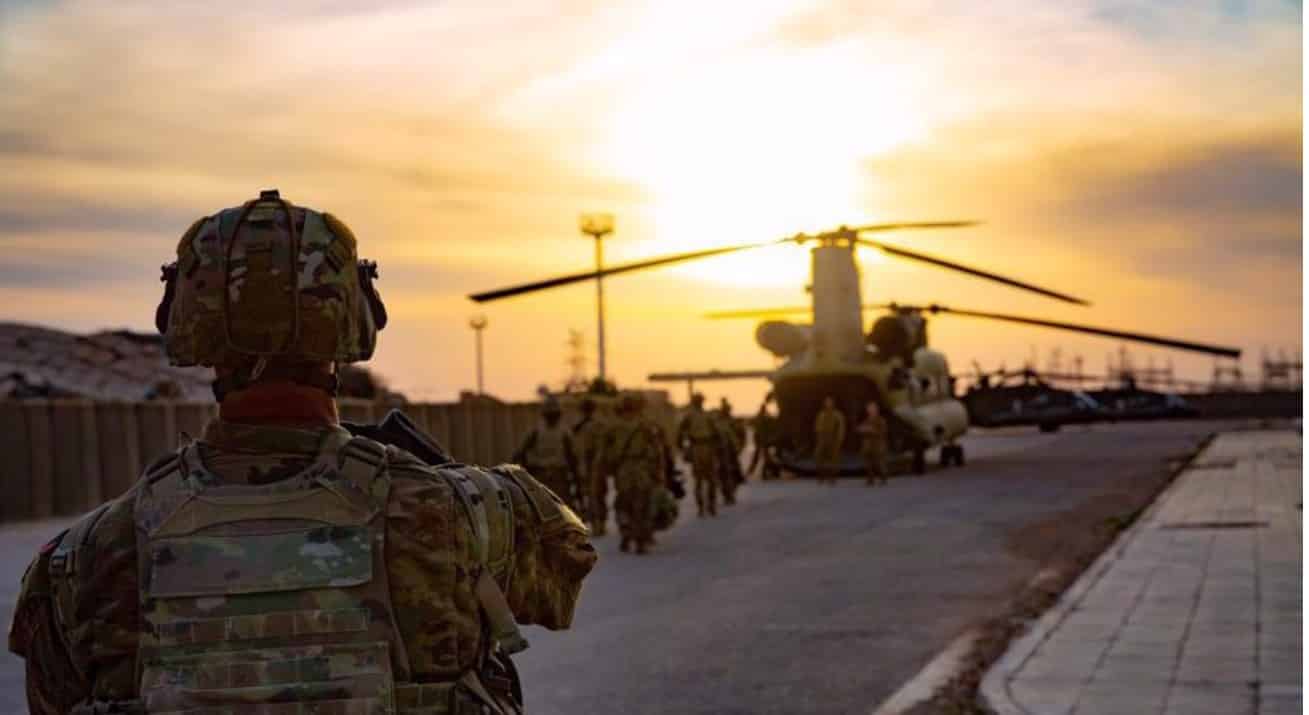 Press TV: The United States and Iraq announce in a joint statement that they have agreed on the withdrawal of “all” American combat troops from the Arab country’s soil, with Washington attributing the prospect to sufficiency of the Iraqi military’s combat capability.

The agreement was arrived at following the first-ever “strategic dialogue” to take place between the two sides under US President Joe Biden, AFP reported, citing the statement.

The US had taken all of the forces out of Iraq under former president Barrack Obama. The same American commander-in-chief, however, flooded the country with military forces again in 2014 as part of a Washington-led coalition under the pretext of battling the Takfiri terrorist group of Daesh.

The terror outfit had emerged amid the chaos and sectarian violence that had resulted from the 2003-then US-led military intervention.

Obama’s successor and Biden predecessor Donald Trump took down the number of the forces to 2,500 by January 15. Many, however, downplayed the drawdown as a gesture aimed at boosting Trump’s re-election chances that he would very likely reverse if he was chosen president again.

The US would retain a training mission in Iraq, the statement added. “The parties confirmed that the mission of US and Coalition forces has now transitioned to one focused on training and advisory tasks, thereby allowing for the redeployment of any remaining combat forces from Iraq,” it read.

The statement alleged that the Iraqi forces had now outgrown American assistance due to the “success” of Washington and Baghdad’s “strategic partnership.”

Wednesday’s statement, however, came after constant pressure from many Iraqi factions, influential personalities, and the general public on the country to follow up a law passed by the parliament early last year that had ordered withdrawal of all US-led forces.

The law was approved after a US drone strike targeted Baghdad, assassinating senior Iranian and Iraqi anti-terror commanders, Lieutenant General Qassem Soleimani and Abu Mahdi al-Muhandis, and their companions.

General Soleimani, the region’s most revered counter-terrorism official, was martyred while he was on an official visit to the Iraqi capital.

Aside from the parliamentary law, the strike was followed by millions-strong funeral processions and marches throughout Iraq in protest against Washington’s aggressive presence and intervention in the Arab country.

According to the Wednesday statement, “the timing [for the withdrawal was] to be established in upcoming technical talks.”

Despite the US’s apparent gestures towards winding down the troops’ presence in Iraq, many experts continue to treat Washington’s measures with caution, citing the long-drawn-out history of its either going back on its promises or retracing its steps.

They also point out that, although, some 60 percent of the US-led coalition’s forces had left Iraq over the past months, the coalition’s remaining members retain their presence there and some, including Canada, have even prolonged their troops’ mandate for a year.

His country’s armed forces were trying to grow completely independent and needless of foreign assistance, he added.

The Arab country, al-Kadhimi said, would soon need no foreign military forces and whatever remaining foreign troops would only provide “training, advisory, logistical, and intelligence” assistance.

Even that sort of foreign reliance would end once Iraq reached the stage of self-sufficiency thanks to domestic endeavor, he noted.