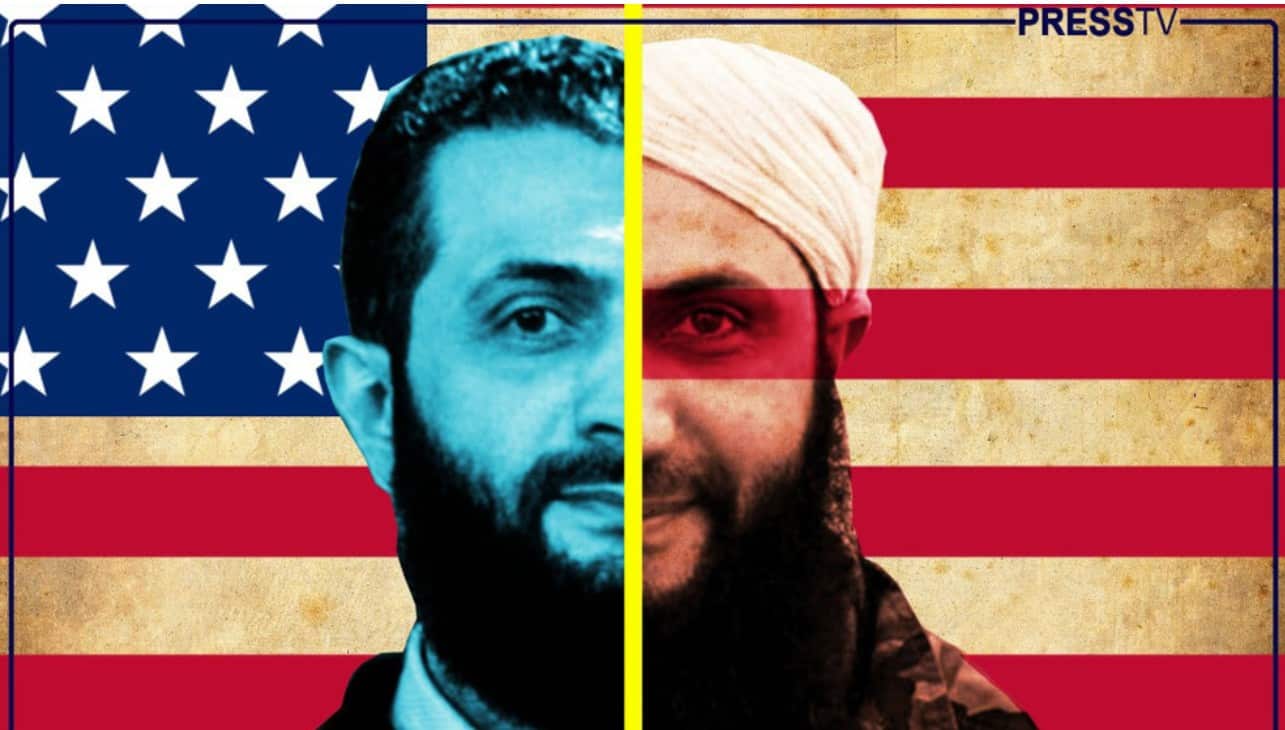 In what has been deemed an attempt to re-image al-Qaeda, PBS Frontline Journalist Martin Smith allows a terrorist leader, in Syria’s Idlib, a free pass to appeal to a US audience. Along the way exposing some uncomfortable truths about the US government’s relations with Al-Qaeda in Syria.

Frontline’s Martin Smith travelled to Syria’s Idlib Province to conduct an interview with the terrorist leader Abu Mohammed al-Jolani in February. Jolani is a leader of the militant group now known as Hayat Tahrir al-Sham or ‘HTS’ by Western media, the group that currently occupies territory in Syria’s northwestern province of Idlib.

The area is largely considered a no-go-zone, due to the threats posed by extremist groups operating in the area, however Western journalists seem to be getting free passes and access to not only fighters but political/military leaders. In defense of journalist Martin Smith, it is plausible that he did not press Jolani for fear of the possible consequences, but when it comes to the way this piece came together, it’s clearly favorable to Hayat Tahrir al-Sham.

Hayat Tahrir al-Sham did not always go by this name. Up until 2016, it was formerly known as Jabhat al-Nusra and understood to be the Syrian wing of Al-Qaeda. In late 2015, Russia entered the Syrian war. Then coincidently next year Jabhat Al-Nusra changed their name to Jabhat Fath al-Sham – later Hayat Tahrir al-Sham – and attempted to rehash themselves as “moderate rebels”. An ambition which US and UK media seems to continue to aid.

The latest Frontline interview is one example of a Western media outlet working PR for Hayat Tahrir al-Sham, but this was far from the first time such coverage has occurred. Another example of Western media PR for the group, presenting them as morally superior to the Syrian government they are fighting, came from SKY News. Correspondent Alex Crawford entered Syria’s Idlib in 2019 where she was embedded with Hayat Tahrir al-Sham, describing them as “the rebels” and interviewing fighters belonging to the group, which calls itself al-Qaeda.

The Crawford piece was also starring the Western media star Bilal Abdul Kareem, who despite doing favorable coverage for Hayat Tahrir al-Sham, was just recently released from their prisons after being kidnapped for criticizing the group.

The newest Frontline piece goes much further than SKY News did, however, featuring a call from Abu Mohammed Al-Jolani – who trimmed his beard and dressed in a suit for the occasion – for Western leaders to embrace “HTS”. He later also makes some very revealing statements.

During the course of the interview, the Hayat Tahrir al-Sham leader states that his group was involved in the “Syrian revolution” for 10 years, confirming that from the beginning of the war al-Qaeda was indeed involved, this runs contrary to the Western media narrative which claims that they joined much later than this. Jolani also states that his group never attacked or posed a threat to the West, which is another telling statement.

The piece written for PBS’s Frontline also quotes former US Ambassador James Jeffrey, who described al-Nusra as “an asset”, going further to say, “They are the least bad option of the various options on Idlib, and Idlib is one of the most important places in Syria, which is one of the most important places right now in the Middle East”. This was used by Frontline, to paint Hayat Tahrir al-Sham as a US friendly moderate force, but also reveals that the United States has supported al-Qaeda in Syria, against the government of Bashar al-Assad.

Normalizing al-Qaeda–and for all intensive purposes Hayat Tahrir al-Sham is essentially al-Qaeda without the name–is now what Western media are in the business of doing. So the question now remains: How many people are going to continue to support these groups in Syria when the most “moderate rebels” are a splinter group from al-Qaeda? How much longer can people still insist that there is a Syrian revolution, when the most powerful group is not only friendly to the West, but an “asset”?

Robert Inlakesh is a journalist, writer and political analyst, who has lived in and reported from the occupied Palestinian West Bank. He has written for publications such as Mint Press, Mondoweiss, MEMO, and various other outlets. He specializes in analysis of the Middle East, in particular Palestine-Israel. He also works for Press TV as a European correspondent.