Daily Beast: Police in Windsor, Virginia, pulled their guns on a Black and Latino man immediately after pulling him over at a gas station for a traffic stop, according to body camera footage of the December 2020 incident.

Lt. Caron Nazario was driving home when two police officers pulled him over in Windsor, Virginia, whipped out their guns, and started barking orders. https://t.co/bfjWQQ2mPp

Second Lieutenant Caron Nazario, a member of the U.S. Army Medical Corps, was still wearing his full uniform en route home from work in his Chevy Tahoe when he asked, “I’m serving this country, and this is how I’m treated?”

A U.S. Army officer filed a federal civil lawsuit against police officers who pepper-sprayed and assaulted him.

Lt. Caron Nazario, of Latinx and African American descent, alleges that his constitutional rights were violated and race played a role. pic.twitter.com/YbqLAfa2w4

The officers later pepper-sprayed him, kneed him in the legs, handcuffed him, and threatened to bring charges against him if he complained about their conduct, according to the footage and Nazario’s lawsuit.

He has sued the officers, accusing them of racially profiling him. They say they pulled him over because he was driving without a license plate, though he had temporary plates taped to his window. They said they used force because he would not exit the vehicle. When Nazario said he was afraid to exit the vehicle, an officer responded, “Yeah, you should be,” according to video Nazario took of the encounter. 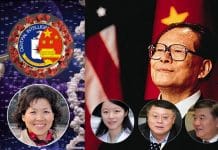 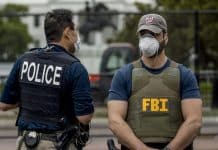 Disclosure: Beware, New US UFO Reports Not What They Seem

How do Hamas Rockets Pass Through the Iron Dome? (deeply censored)

Inside the Military’s Secret Undercover Army

Sanders says US must ‘Take a Hard Look’ at nearly $4 Billion in annual...

How do Hamas Rockets Pass Through the Iron Dome? (deeply censored)