[ Editor’s Note: Israel does not really mind being a rogue nation, but would prefer the fact not get too much widespread attention. But this is exactly what the good people at the ICC had finally decided to do.

The Zionist regime, as expected, has responded that the ICC can stuff its investigation of Israel’s war crimes against the Palestinians where the sun does not shine. Everyone knows this is true, but most pretend that Israel is a ‘special’ situation.

In effect Israel is allowed to ‘do onto others that you would not want them to do onto you’ because they are…you know…special. Different rules apply for Israelis and their supporters that don’t apply to you and I, because, you know, we are not one of them.

Historical and contemporary media have swallowed this free pass for Israeli supremacism as some form of dispensation it must pay for the ‘Big H’, guilt for not preventing it. I am not even going to use the word, because the Israelis have inflicted the ‘Big H’ on the Palestinians and write it off as a just security matter.

The last time looked we had 75 to 80 million dead from WWII related causes, a number heavily biased because it left out a chunk of the 50 million Chinese dead estimates. One special group has reserved for themselves to be annointed the most horrible thing that happened during WWII, and everyone else can not only go to the back of the bus, but jump off or be thrown off.

That has always stuck me as rather impolite, and hence I have never had warm and fuzzy spot for Israeli, Zionist, Jewish supremacism, for those who practice it.

They may consider me a bad person for this, but I would consider it just a rational observation. I would even be open to hearing their raionale for one group being allowed to hold the number one supremacism spot as an unquestionable right, and dish out to the Palestinans whatever horrors it many want and that be no one else’s business… Jim W. Dean ] 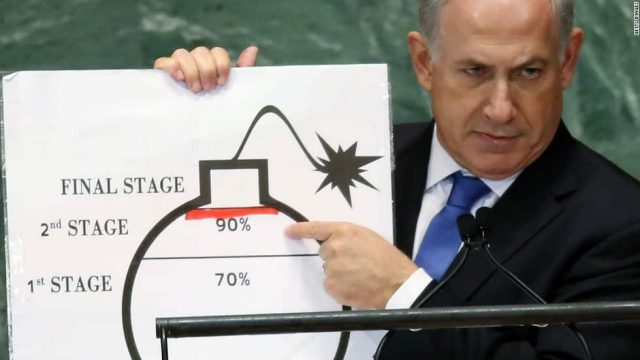 Prime minister Benjamin Netanyahu says Israel will tell the International Criminal Court that it will not cooperate with its investigation into possible war crimes in the occupied Palestinian territories.

Netanyahu said in a statement that Israel will respond to a notification letter from the ICC, telling it that Tel Aviv does not recognize the tribunal’s authority.

Last month, ICC Chief Prosecutor Fatou Bensouda announced in a statement the launch of a war crimes investigation into the Palestinian territories, which have been under Israeli occupation since 1967.

She said her inquiry will be conducted “independently, impartially and objectively, without fear or favor.” The Palestinian Authority (PA) welcomed the prosecutor’s announcement.

It is “a long-awaited step that serves Palestine’s tireless pursuit of justice and accountability, which are indispensable pillars of the peace the Palestinian people seek and deserve”, the PA foreign ministry said in a statement.

“We welcome the ICC decision to investigate Israeli occupation war crimes against our people. It is a step forward on the path of achieving justice for the victims of our people,” Hazem Qassem, a Hamas spokesman said.

“Our resistance is legitimate and it comes to defend our people. All international laws approve legitimate resistance,” Qassem noted.

Palestine was accepted as an ICC member in 2015, three years after signing the court’s founding Rome Statute, based on its “observer state” status at the United Nations.

Both Israel and the United States have refused to sign up to the ICC, which was set up in 2002 to be the only global tribunal trying the world’s worst crimes, war crimes and crimes against humanity.