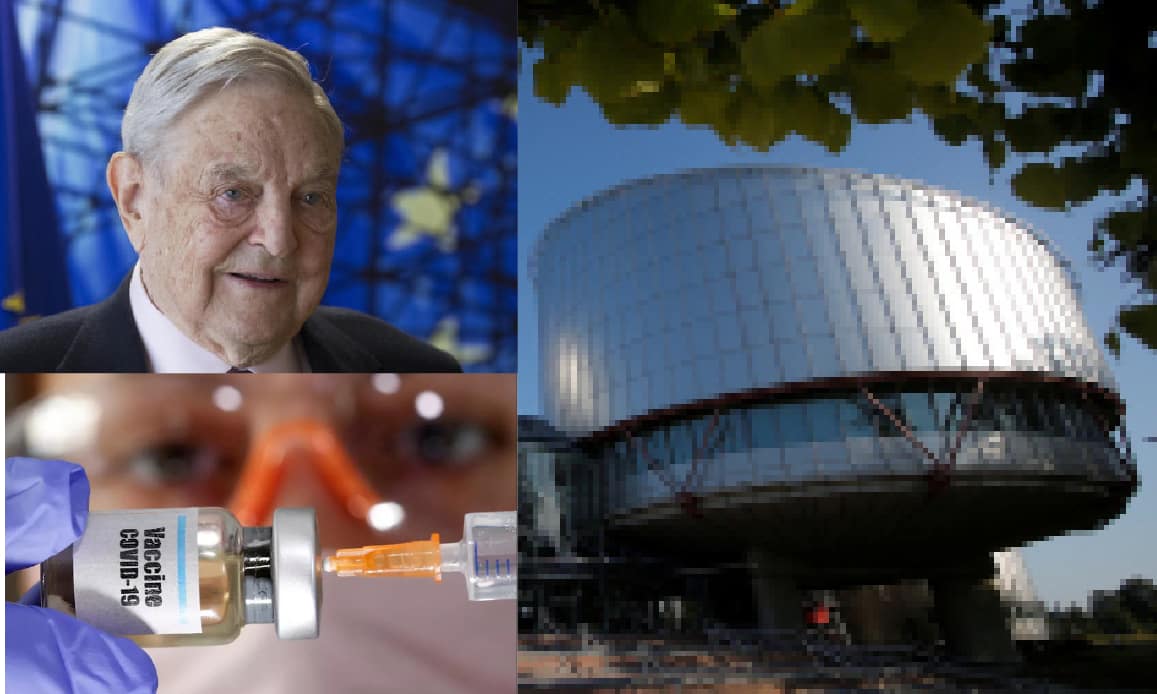 Italy broke the ice first, now also the European Court of Human Rights in Strasbourg, with a sentence destined to become an important precedent and to cause debate, said the imposition of mandatory vaccination is legitimate.

The historic pronouncement stems from a controversial story that broke out in the Czech Republic and reported in great detail by Russia Today, always very attentive to issues concerning the freedom of the individual.

The Strasbourg Court ruled in relation to the appeal of a group of Czech parents who had challenged the mandatory vaccination for their children. «An ECHR judgement on a Czech dispute over childhood immunisation has set a precedent for nations across Europe to introduce legally enforced vaccinations as a “democratic” necessity in the “best interests” of everyone» wrote RT on Thursday, April, 8, 2021.

The 17 judges of the Grand Chamber ruled that compulsory vaccinations did not breach human rights law and might actually be necessary in democratic societies. Who knows if the reference is to the primal meaning of the Hellenistic heritage of “democracy”, understood as the government of the people, or to the matrix of the Democrats who from Washington to Rome dictate the law and speculate on vaccines …

«Something doesn’t seem quite right here. Until, that is, you read Article 8 of the European Convention on Human Rights, which concerns the right to a private life. Because it actually undermines the whole idea of privacy by the inclusion of one small word: “except”» said the Russia Today’s opinionist Damian Wilson, UK journalist, ex-Fleet Street editor, financial industry consultant and political communications special advisor in the UK and EU.

“There shall be no interference by a public authority with the exercise of this right except such as is in accordance with the law and is necessary in a democratic society in the interests of national security, public safety or the economic well-being of the country, for the prevention of disorder or crime, for the protection of health or morals, or for the protection of the rights and freedoms of others.” quoted EU law.

«Those who are truly free should be automatically free to make their own decisions, even if those fly in the face of common beliefs about immunisation against the spread of childhood diseases – wrote RT  – In the case of the Czech families, the ruling is even more significant, as it was made on behalf of children, and the ECHR stated that “their best interests must be of paramount importance”.

Like children in many nations in Europe and beyond, Czech kids are required by law to have a batch of nine immunisations before they are allowed to attend nursery school. Although this is compulsory, the requirement cannot be enforced physically. Nonetheless, unless health reasons exclude them from the vaccination programme, they can be barred from attending and their parents can be fined for non-compliance.

Interestingly, although it was Europe’s highest court that adjudicated on the Czech case, across the rest of the continent, mandatory vaccinations for children are not universally required. The governments of Germany, Finland, Portugal, the Netherlands and other nations might recommend that children be immunised, but it’s not a legal requirement, according to research from the Italian Journal of Paediatrics. But thanks to this latest decision, that might change.

«Although the ECHR judgement doesn’t mean public health officials in European countries will necessarily be imminently enforcing Covid-19 vaccinations, should they decide at some point that this is in people’s “best interests”, then there is certainly a legal precedent to do so» concluded Damian Wilson on RT.

This recalls the pronouncement of the Council of Europe which in a report of 28 January expressed itself against the obligation of vaccines. The EU legislators, in fact, declared that “States must inform citizens that vaccination is not compulsory and that no one must be vaccinated if they do not want it”, and it is necessary “to ensure that no one will be discriminated against if they are not vaccinated”. Finally, the parliamentarians voted almost en bloc to insert an amendment with which they say they are against the use of vaccination certificates as passports.

This brings to mind the lawsuit filed by the Veneto Region in 2017 in opposition to the Lorenzin Decree Law which imposed 12 compulsory vaccines for school-age children in Italy as part of a pilot project of the Global Health Security Agenda funded by the Obama-Biden administration and carried out by the Italian prime ministers Matteo Renzi and Paolo Gentiloni, in perfect synergy between the US Democratic Party and that of Rome.

This resulted in the lucrative earnings of the multinational GlaxoSmithKline (GSK is now Pfizer’s main shareholder), controlled by megadonor Dem Bill Gates, which increased its turnover by expanding its factory in the province of Siena (Toscana, Italy).

The Veneto Region opposed this decree law together with some associations but the Constitutional Court of Rome rejected the appeal, deeming the imposition of the vaccination obligation legitimate. The sentence was written by the former judge Marta Cartabia, now Minister of Justice in the Draghi government (supported by the PD) who imposed on health workers the obligation of anti-Covid vaccines, although still experimental, arousing a flood of protests.

But also raising many suspicions about the political intrigues hidden behind a decision due to the collaboration of Cartabia with various public and private institutions financed by Geroge Soros. Another megadonor of the American Dems but also a speculator in BIg Pharma and in particular in Gilead, the American multinational that has produced Remdesivir, until a few months ago the only anti-inflammatory deemed effective in fighting the disease caused by the SARS-Cov-2 virus of the current pandemic.

Even the pronouncement of the ECHR becomes a bit suspect today in light of the controversies that have emerged in the recent past about Soros’ sponsorships at the European Court of Human Rights.

“In Europe there is a conflict of interest as big as a house. It concerns many judges of the European Court of Human Rights (ECHR) and some large organizations such as George Soros’ Open Society, Amnesty International, Human Rights Watch, etc. Judges who collaborate or who have collaborated with NGOs of human rights activists sit in the courts in cases where the same NGOs are applicants or third parties “wrote the Italian Catholic-inspired monthly Tempi on 23 February 2020.

“According to a report prepared by the European Center for Law and Justice (an NGO specializing in religious freedom issues), at least 22 of the 100 permanent judges who judged the cases presented to the ECHR between 2009 and 2019 are former managers or former collaborators of seven NGOs very active in appealing to the same Court. Twelve judges are linked to the Open Society Foundation (OSF) network, seven to the Helsinki Committees, five to the International Commission of Jurists, three to Amnesty International, one to Human Rights Watch, one to Interights and one to A.I.R.E. Center, ”added the periodical.

“The Open Society, in addition to counting the largest number of judges linked to it who sit at the ECHR, is also distinguished by the fact that it is a source of funding for all six of the other NGOs mentioned in the report. Since 2009 there have been 185 cases investigated by the ECHR in which one of the seven NGOs mentioned is officially involved in the procedure. In 88 of these cases, some of the judges of the panel had links with the NGO involved in the affair, “concluded Tempi. Below the whole article by Russia Today.