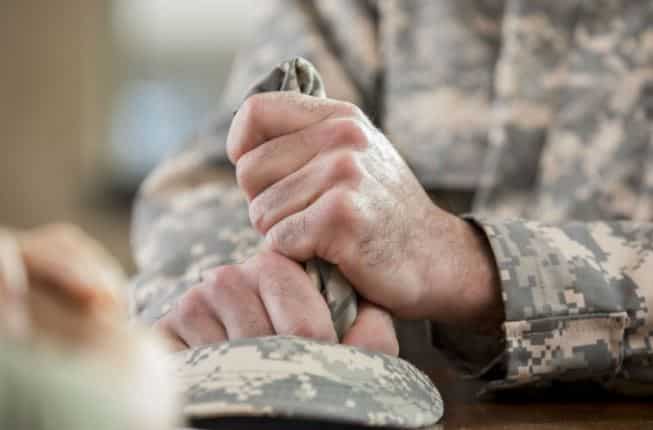 The US military’s goal, most people would agree, is to protect this country. The various branches watch for external and internal threats, and they act against them. At times, we might require that they go to war on our behalf if the situation warrants it.

However, the idea behind a working military is to protect all Americans, not just certain ones. Beyond that, there should not be military members who are actively hostile toward particular groups of US citizens.

This is why it’s critical that the US military keep racists and extremists from joining its ranks. There is much evidence, though, that doing so is becoming increasingly difficult.

On January 6th of this year, a group of individuals attacked the US capitol building. They caused injuries to more than 100 police officers who were there to guard the capital and the lawmakers who were inside at the time. Those officers suffered concussions, a heart attack, a lost eye, cracked ribs, and a smashed spinal column, among other injuries.

It’s frightening to look at what happened that day, but it’s even more disheartening to think that some of those who were in the group that attacked capitol police officers were active or retired military veterans. At last count, the FBI has arrested 365 people connected to the attack, probably with more to come. Out of that group, 14.5% are either active duty or retired US military.

The average American would agree that we should help and care for our veterans. Often, they serve our country bravely and selflessly. That’s why we have to provide them with resources for Covid-19 information, mental health assistance for those suffering from PTSD, job placement assistance programs, etc.

It seems pretty clear from what happened on January 6th that there are some military members who fell through the cracks, though. The real question is how and under what circumstances these individuals came to the conclusion that they could best serve this country by attacking lawmakers.

How Did It Come to This?

We mentioned that out of those arrested so far for attacking the capitol, 14.5% are active or retired US military. Veterans and active-duty military only account for 7.5% of the US population. This is statistically significant.

What that means is that of the group that attacked the capitol, military-connected individuals were more likely to be present than less so. This leads us to an unfortunate conclusion: the US military seems to have an extremism problem that it has to address.

Of the Americans arrested for attacking the capital, it’s also worth noting that almost 60% had money troubles. This is part of what led to them becoming more radicalized in the time leading up to January 6th. Many of them felt that American policies or programs were holding them back, or they weren’t able to fit in well with the rest of society.

What Can We Do About It?

As for what we can do to prevent something like this from happening in the future, one thing seems clear: we need to find a way to treat veterans, either current or former, who are struggling with mental health issues. We also need to make sure that there is a way for them to better reassimilate with society once they come out of the military.

We need to go beyond that, though. The military really has to do a better job of weeding out those who have extremist leanings before it ever accepts them into its ranks.

The military has questions that new recruits need to answer before they can attempt to complete basic training. One of them is something to the effect of “are you now, or have you ever been part of an extremist or terrorist organization?”

If a recruit is or has been a part of a hate group, they can simply check no and move on. The thing is, though, it’s up to the military to do some additional research on each recruit rather than simply taking their word for it, as it seems like they have been doing.

The military has a cybersecurity division. One of the tasks with which they should occupy themselves is thoroughly vetting each new potential recruit who walks in the doors.

Many extremists, racists, and misogynists tend to post about their beliefs on social media. Often, a simple Google search will reveal whether a new recruit has a troubling past regarding these issues.

It could very well be that the military has neglected to do their due diligence with potential recruits because serving is not compulsory. Most people don’t want to serve in the military voluntarily, so the various branches need all the help and warm bodies they can get. They are likely to accept it when someone says that they’re not an extremist threat and send them off to basic training with no further thought about it.

It is this sort of policy that leads to extremism in the military, which often comes back to hurt the country that these individuals are supposed to serve and protect. If an extremist gets into the military, then the military trains them to use weapons, explosives, and so forth. By the time these people rejoin society as civilians, they’re still as radicalized as they were before, but now, they can put the warfare techniques they have learned to dangerous use.

That is part of what we saw on January 6th of this year. We saw disgruntled veterans and active-duty military members upset about how the election went attacking the very capitol building and lawmakers who make up this country’s bedrock.

If the military wants to avoid this sort of thing happening in the future, it must take a two-pronged approach. One aspect is to vet its recruits more thoroughly. The other is to ensure that it makes it easier for current or former military members to reassimilate back into civilian life.