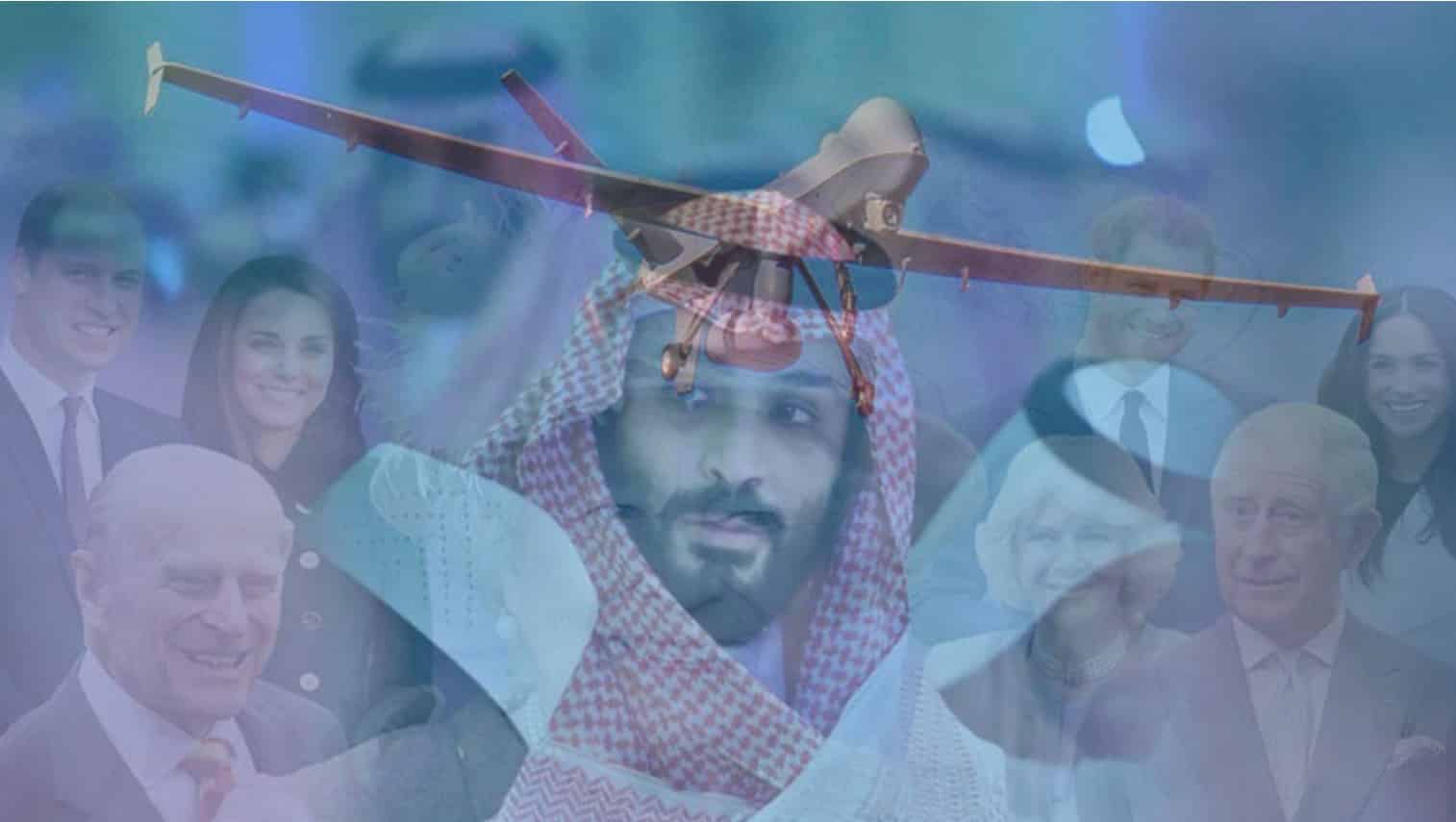 Ambassador Peter Ford is a regular contributor at VT

A decade since widespread pro-democracy protests rocked the Arab world many of the autocrats in these countries still remain in power.The promises of reform turned out to be big lies while torture and imprisonment of political dissidents and journalists persist to this day.

While these kings, sheiks and emirs are ruling their people with a rod of iron, the British royal family seems to be more willing than ever to visit the Persian Gulf’s tyrannies, presumably giving them legitimacy and a pat on the back.

A new research by Declassified UK has thrown into sharp relief the unconditional support the Persian Gulf autocrats have enjoyed over the past decade by the House of Windsor.

According to the The Daily Maverick, “Britain’s royal family has met members of autocratic Middle Eastern monarchies nearly once a fortnight since the crackdown” adding up to over 200 meetings over the last decade.

Prince Charles, expected to be the next British monarch, has had 95 encounters with the Arab monarchies since 2011; almost half of the prince’s meetings with Arab royalty. Prince Charles is followed by Prince Andrew with 70 encounters. Four of Andrew’s meetings were with Sheikh Abdullah, the King of Bahrain’s second son, who gave millions of dollars to pop star Michael Jackson to live in Bahrain.

Meanwhile, Bahraini royals – with 44 meetings, followed by the Saudis with 40 meetings – have had the most visits with the British royals.

The visits have usually coincided with grave violations of human rights in these monarchies.

For instance, Prince Andrew paid a visit to the Crown Prince of Abu Dhabi in 2017 the same day five Emirati activists were sent to prison for insulting the UAE leadership.

Or Prince Nasser bin Hamad Al Khalifa of Bahrian, who is accused of torturing pro-democracy activists and participating in the bloody war on Yemen has met the British royal family up to seven times since 2011.

When we were organizing visits, they were always worried that some scandal would emerge on the eve of a visit. Some scandal, usually involving repression and suppression of human rights, this is always particularly the case with Bahrain where human rights are, and we’re flouted on a, on a daily basis. And it was always touch and go until the last minute whether a royal visit would go ahead because there might be some protest, demonstration, something, some court case, something happening which would make it Embarrassing for a British royal to come out on that particular timing.

Although these meetings are supposedly apolitical, they are all organized by a Royal Visits Committee in the Cabinet Office which consists of trade officials, senior palace staff and prime ministerial aides.

The overarching aim is to strike hefty arms sales or energy deals with the oil-rich kingdoms in the Persian Gulf.

When I was organizing visits by British Royals it was usually with an eye to cementing some arms deal. It’s no accident that Royals are, generally, part of the military institution with the ruler, the monarch, usually the Commander in Chief. So there’s a very close connection between royals and guns and anti democracy, and the suppression of democracy, with guns. So the Royals were very often sent to the Gulf to help British arms firms lobby for business.

To serve this purpose, the House of Windsor sometimes uses its personal friendships with these monarchs to improve UK relations through shared interests such as horse riding.

In 2019, the Queen gave a trophy to the Sheikh’s racing team despite rumors that he had abducted two of his adult daughters when they attempted to escape from the UAE.

The British royals have met the Emirati counterparts at least 28 times since the so-called Arab Spring.  Meanwhile, the Queen for example, has received millions of pounds worth of jewels from Middle Eastern monarchs, above all Saudi kings.

I can say from personal experience that the Gulf rulers are very generous with the money of their citizens, and are very ready to shower visiting British royals with very expensive gifts. It was one reason, I suspect, why the British Royals were always super happy to visit Gulf monarchies, they were guaranteed to receive expensive gifts like diamonds, race horses, holidays on private island, cars, and the British royals have a constant problem with money. Surprisingly, as it may seem, and therefore always extremely happy to receive gifts of this nature from Gulf Royals who, generally speaking, the more fragile the monarchies, the less representative, the less legitimate, it was, the bigger the gift, they would get.

While the royal family tours of Middle East monarchies since 2011 have cost the British taxpayers about £1.4-million, the contents of the meetings are mainly shrouded in secrecy.

When we were organising such a visit, never a thought was given to the actual costs, such as you mentioned, there was an assumption that the payoff, in terms of arms contracts, or some other financial contracts, would be much bigger than those, those kinds of amounts would be incurred through travel costs.

Yet, WikiLeaks published some US embassy cables dating back to the years before the 2011 protests, which shows the significance of royal visits as a tool of London’s foreign policy.

One of these report underscores that a 2006 visit to Riyadh by Prince Charles and his wife Camilla “played a role in rebuilding Saudi-UK ties” after some tensions between the two sides.

The meetings are still being held between the UK royal family and the Persian Gulf monarchies, all to the determent of the nations which long for freedom and democracy.