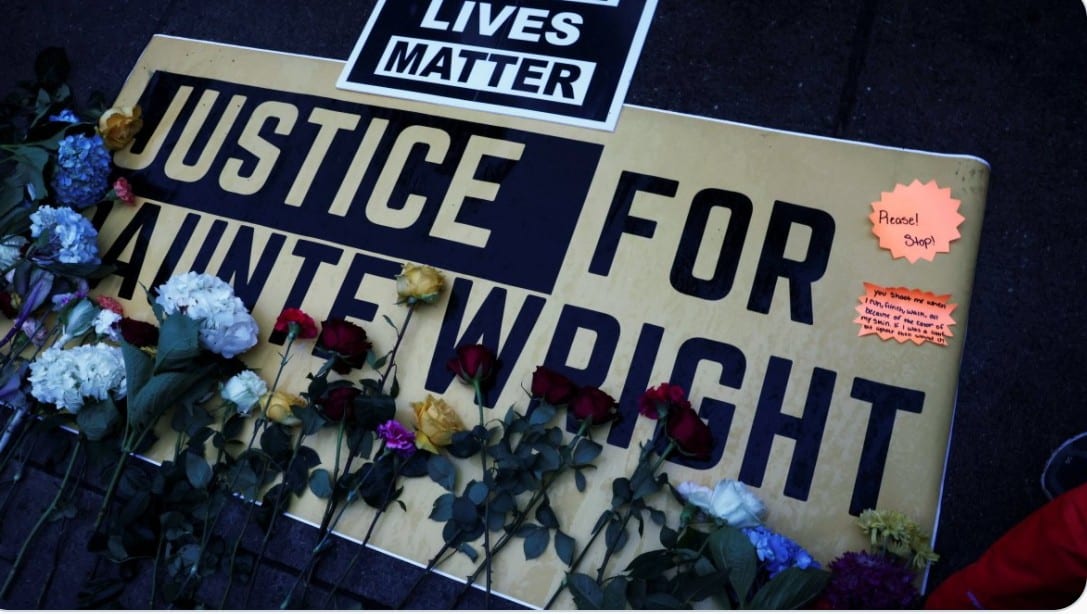 CNN: A police officer who authorities say shot and killed a Black man in a Minneapolis suburb after a traffic stop has been charged with second-degree manslaughter, a prosecutor said Wednesday.

VT: Kim Potter clearly saw, according to our analysis of video, that she was holding a pistol.  This is murder, not manslaughter.  No rational person can take Kim Potter’s story as credible.

The stop was bogus, a violation of civil rights.  When will the Biden administration clean the Russian backed white supremacists out of the Department of Justice and start enforcing the law? 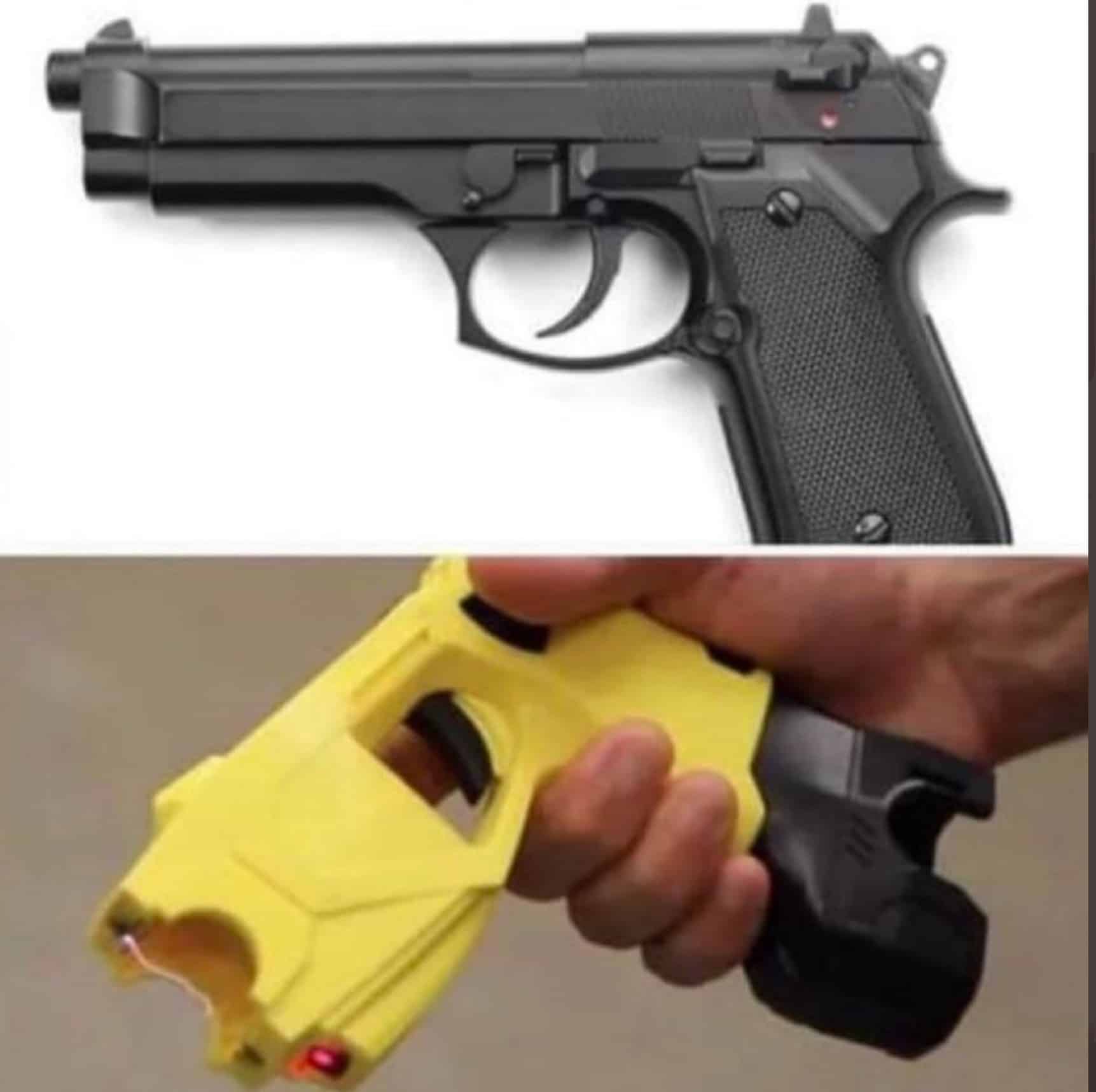 In Minnesota, second-degree manslaughter applies when authorities allege a person causes someone’s death by “culpable negligence whereby the person creates an unreasonable risk, and consciously takes chances of causing death or great bodily harm to another.”

Someone convicted of this charge would face a sentence of up to 10 years in prison and/or a fine of up to $20,000.

#KimPotter this your gun and this is your taser. After 26 years on the force , do you really think she was confused? Arrest and charge her with Murder!!! No one is that incompetent and ignorant. pic.twitter.com/ZW94poAsWt

Wright’s death Sunday in Brooklyn Center, which then-Police Chief Tim Gannon said appeared to be the result of Potter mistaking her gun for her Taser as Wright resisted arrest, has roiled a metropolitan area scarred by other police-involved deaths and reignited national conversations about policing and use of force.

Developments in the investigation have unfolded daily, including the release of body camera footage and Gannon’s statement that the shooting appeared accidental on Monday, and the resignations of Potter and Gannon on Tuesday.

Protests, some violent, have taken place each night in and around Brooklyn Center. Wright’s family has called for charges against the officer.