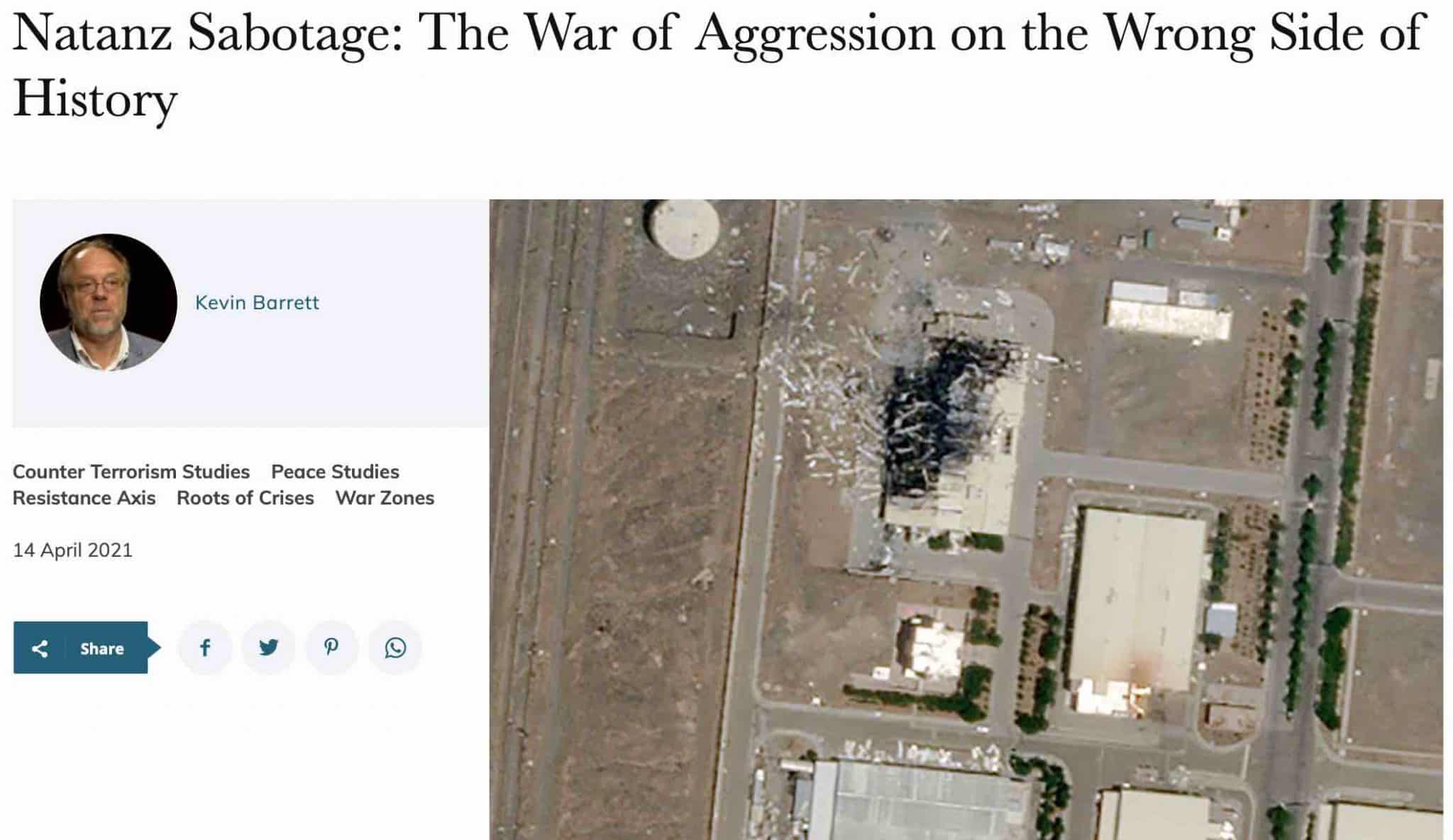 The Zionist entity has taken credit, and Iran’s government has agreed and blamed them, so we can be reasonably sure that Netanyahu’s team of gangsters was behind it. The Zionists have all but declared themselves Iran’s eternal arch-enemy, and have been attacking Iranian shipping and bombing Iran-friendly forces in Syria and Iraq, so this is just an escalation of the Israeli war of aggression against Iran.

Q: In your view, what purposes are behind this sabotage?

The Zionists are terrified by Iran’s success as an independent regional power dedicated to helping the Palestinians liberate the holy land. They understand that Zionism is on the wrong side of history, and that the forces pushing for regional independence will gain momentum as the declining US empire withdraws from the region in order to deal with pressing problems at home.

Q: Do you think there is a coordination between the US and Israel for implementing the sabotage?

Pro-Zionist forces in the US routinely coordinate with Tel Aviv, and even the not-so-Zionist elements are cowed by the power of Israel in the US, so there is undoubtedly some level of US acquiescence in all Zionist attacks on Iran. Whether there was active coordination, I don’t know. It’s possible that some US strategists might think that Israel’s demonstrating that Iran’s nuclear facilities are vulnerable might help the US bargaining position in returning to the JCPOA. But it’s also possible that the purpose of the strike was to try to torpedo the US return to JCPOA. In either case, hardline Zionist anti-Iran elements would be responsible.

Q: Some scholars believe that the International Atomic Energy Agency and JCPOA parties should clarify their stances and condemn this sabotage, as it’s been done while Iran has been trying to revive the agreement in Vienna. What do you think?

Obviously the parties to JCPOA should condemn this act of war, and demand that the war criminals responsible for this act of aggression—the supreme war crime—be hauled to the Hague, tried, condemned, and executed. Unfortunately the most we are likely to get from them is a weak condemnation without even a clear statement of who the guilty party is. Since there will likely be no justice in the Zionist-dominated international institutions, Iran will have to find effective ways to retaliate in order to deter future attacks.