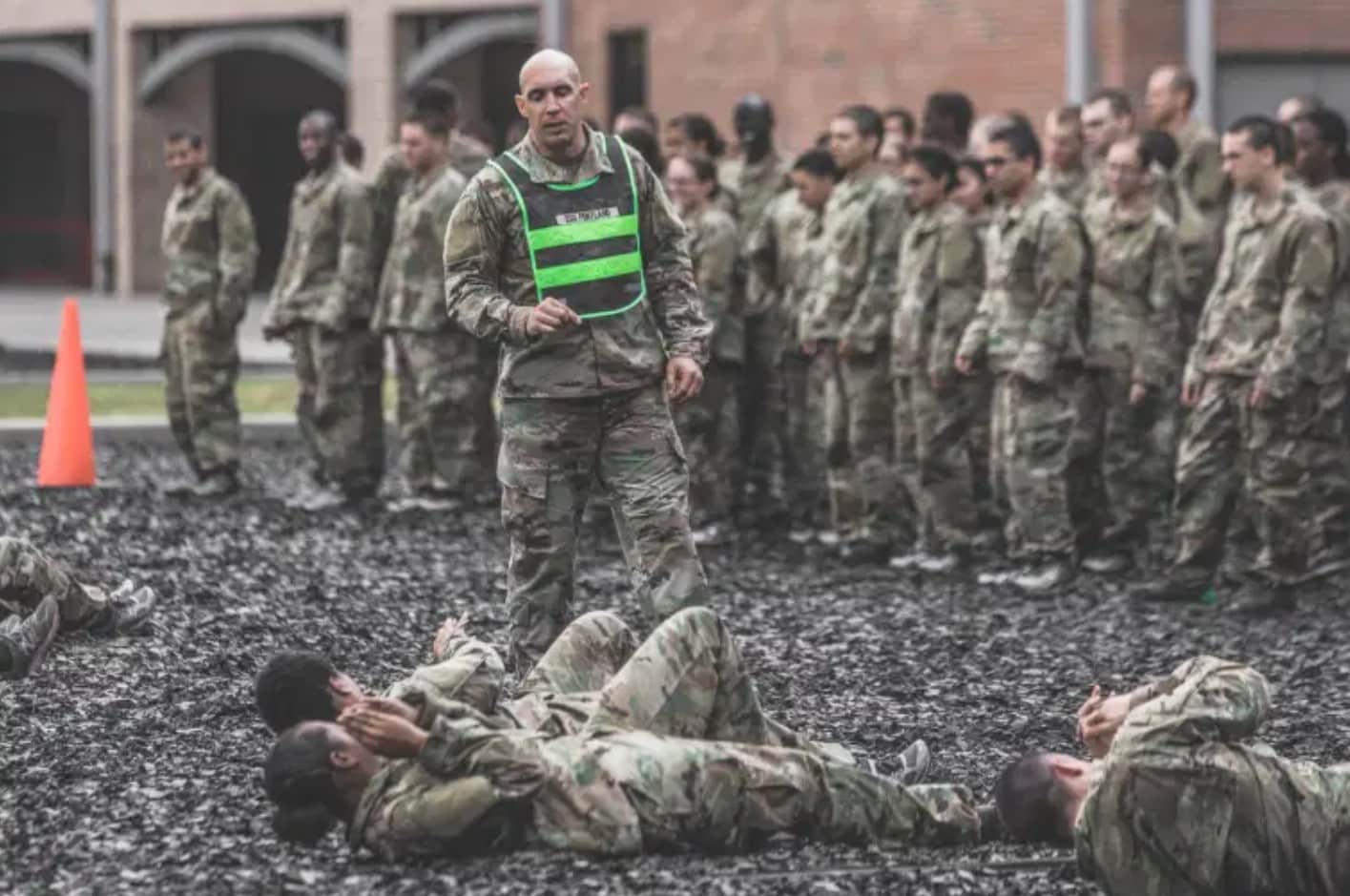 VT demands that this man be removed from the military without pension.  This is far more than an Article 34 and one thing is clear:

Fort Jackson has a long history of sexual misconduct and racism among its senior NCO’s with, at one time in 1994, 117 cases being opened against Drill Sergeants.

Doesn’t look like Pentland just destroyed someone’s cell phone…to prevent them from documenting an attack or calling police, which is obstruction.  This looks like an Army drill sergeant trying to put a choke hold on someone like he teaches others to do all day long.

Daily Beast: A non-commissioned U.S. Army staff sergeant who was caught on video harassing a Black man in a South Carolina residential area has been charged with third-degree assault, the Associated Press reports. “You’re in the wrong neighborhood mother fucker,” the soldier, identified as Jonathan Pentland, can be seen telling the man in the video.

Twitter, I’m told this super douche lives in The Summit in Columbia, South Carolina. If you recognize him, please DM me — I want to make sure the name I have is accurate before I blast it all over social media. pic.twitter.com/LYAVzL2FaE

“I’m about to do something to you… You better start walking right now.” The moments leading up to the incident were not captured on video, but Pentland’s wife can be heard at the end of the video accusing the man of picking a fight with “some random young lady,” which the man denied.

Police arrived at the scene, but initially only gave Pentland a citation for malicious injury to property after he slapped the man’s phone out his hand, causing it to shatter. Records for the Richland County jail later listed Pentland as being detained on a charge of third-degree assault, the AP reports.

Pentland has been stationed at Fort Jackson for the past two years and has worked as a drill sergeant. Authorities at Fort Jackson said the behavior seen in the video “is by no means condoned by any service member” and that they have begun an investigation and are “working with the local authorities.