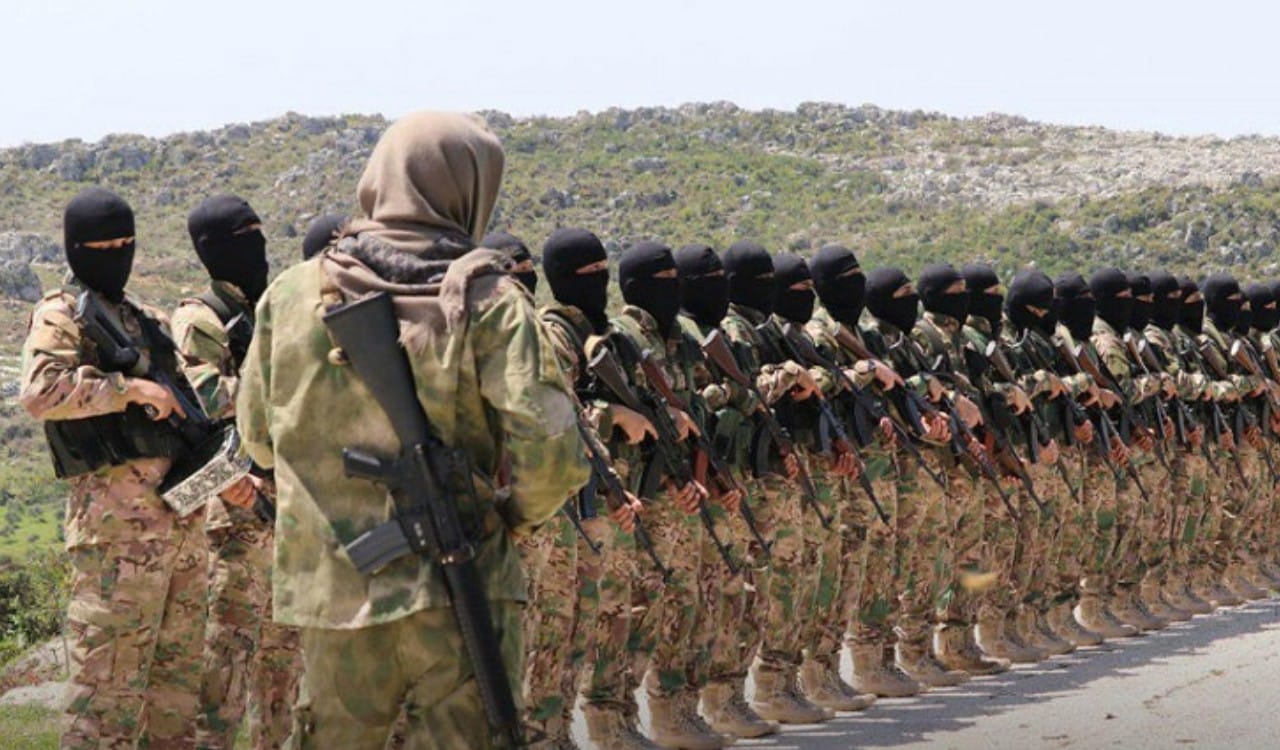 If there is major stumbling block to Syrian unification and normalisation back to the pre-war years, it is the continuing presence of foreign forces inside Syria and the support they continue to provide to jihadi elements and militias that continue to seek to overthrow Assad’s government. Their presence, therefore, not only dovetails pretty closely with the underlying logic of the US and Turkish military interventions in Syria, but they continue to be the main instruments of a geo-political game the interventionist force, being led by the US, are playing in Syria against Syria and its principal allies, Iran and Russia. This was recently confirmed by a former US ambassador and special representative for Syria engagement, James Jeffrey, in an interview given to the US government’s Public Service Broadcasting (PBS) channel, where he was quoted to have said that militant and jihadi outfits like Hay’at Tahrir al-Sham (banned in the Russian Federation) remain an “asset” for America’s overall Syria strategy, currently territorially focused on Idlib, against Iran and Russia.

It is also a well known fact that Turkey has been supporting such elements in Syria with the sole objective of denying Assad regain a complete control of his country.

Nicholas Heras, Senior Analyst and Program Head for Authoritarianism at the Newlines Institute for Strategy and Policy recently said in an interview that “HTS cannot survive without Turkish support, it’s that simple,” adding that “Turkey’s significant military investment to protect Idlib is the key factor that protects that region from collapsing back into the control of Assad and his allies.” Accordingly, were Idlib to fall back to Assad, this will fundamentally shake Turkish position in Syria, and further curtail the US ability to use its military forces to control parts of Syrian territory.

To avoid this eventuality, the US continues to send reinforcements and fully loaded trucks with weapons to the Syrian region of Jazirah in northeast. That these weapons could be used to strengthen jihadi outfits is entirely possible, given that the US continues, as mentioned above, to treat groups like HTS as “assets.”

In a separate interview given to the US Public Broadcasting Service (PBS), the head of HTS, Abu Mohammad Jolani, confirmed how the group continues to work to overthrow Assad, and how it repeatedly engages the Syrian and the Russian forces. Jolani confirmed that his group poses no threat to the US.

The PBS report also noted that that for the last couple of years, Idlib has come under attack from Syrian, Russian and Iranian forces, with Turkey backing opposition groups, including, sometimes, Jolani’s.

Turkey’s support for HTS explains why it has so far refrained from targeting the group in a region that has been under its control for quite some time. The US calculations are crude & simple: benefits that emerge from a direct support for groups like HTS outweigh the benefits that more regular and non-radical militias like the Syrian Democratic Forces/Kurdish militias can yield. Maintaining strong ties with groups like the HTS also prevents the US-Turkey alliance from falling into hot water, since Turkey has its own reservations with respect to the presence of Kurdish militias closer to its border regions.

In addition, the fact that the US-Turkey alliance aims to turn Syrian into a quagmire for Iran and Russia, support for such radical groups remains the key.

In other words, it remains that the Biden administration intends to stick to the erstwhile policy of weakening Damascus in favour of its “assets” based in Idlib. This is evident from the sudden flurry of US establishment media interest in the HTS and Abu Mohammed al-Jolani and the way he and his outfit are not only been appropriated, but also being presented as a “non-threatening” entity that could actually serve the US interests better than other available options.

Whereas the US is using these “assets” to prevent Syria’s territorial unification and its return to normalisation, it also continues to control about 90 per cent of Syria’s oil and other economic resources to hurt its economic recovery as well.

The Syrian oil minister recently said that “The oil sector has been targeted chiefly because it is the main source of income for the Syrian economy.”

Continuing economic crisis, as it stands, makes it easier for outfits like the HTS to find fresh recruits from within the rank and file.

As irony would have it, Syria’s oil that was previously stolen by Daesh (banned in Russia) is now being stolen under the aegis of an occupying power, causing the Syrian state to lose billions of dollars in revenue.

By controlling 90 per cent of Syria’s oil production, the US not only aims to keep the war-torn country impoverished, but also prevent Russia from stepping into the oil exploration industry in Syria and thus establish itself firmly in the Middle East. Last year in September 2020, Syria’s parliament approved contracts for oil exploration with two Russian companies in an effort to boost production hit industry and generate revenue for post war reconstruction.

However, the fact that the US forces in combination with Kurdish militias continue to control most of the oil means that Syria’s post war recovery through locally generated, albeit scant, resources cannot be possible.

In many ways, therefore, the US & its allies continue to play the same sinister “regime change” game that had actually caused the war to start in Syria in 2011.