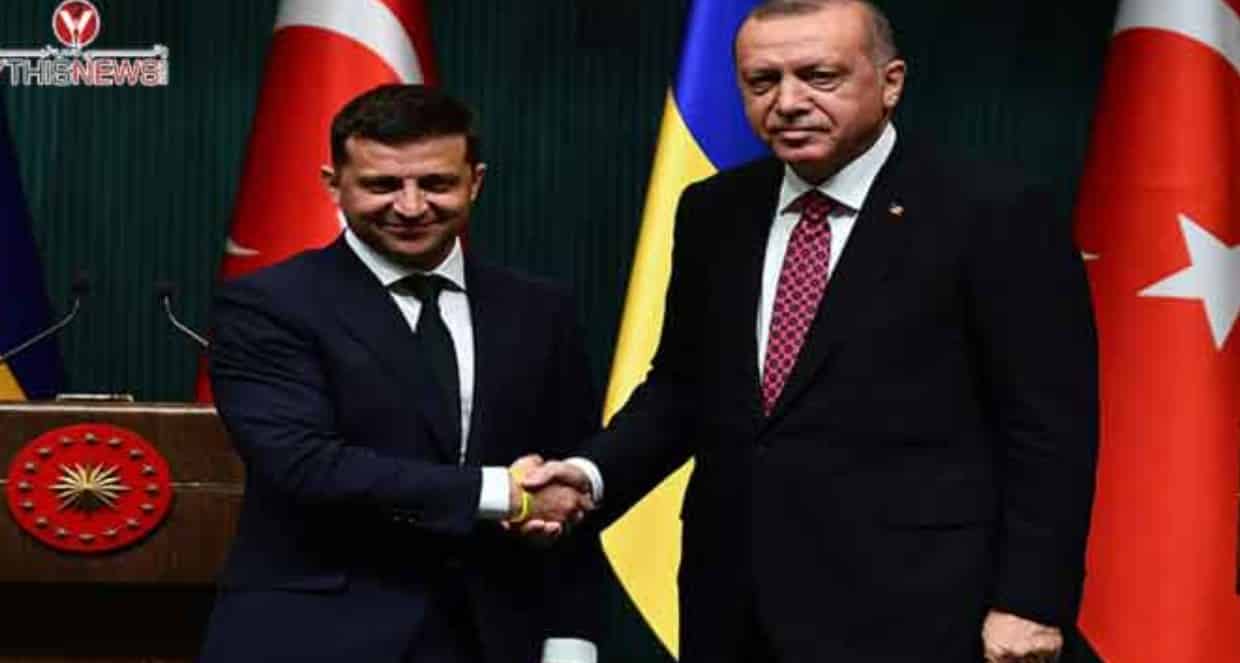 It is quite clear that Turkey is pursuing specific geostrategic objectives in Ukraine under the guise of a strategic partnership with Kiev. These Turkish goals have nothing to do with the strategic goals of hegemony pursued by Washington and NATO aimed at weakening Russia.

Turkey is aiming for the recovery of part of Ukrainian territory.

The proposal for Turkish military assistance in Kiev and the holding of a Turkish-Ukrainian Strategic Council in Istanbul is aimed less at Russia with which Turkey maintains a very ambiguous but often close relationship than a full entry of Turkey into the Ukrainian pandemonium. (source: TRT)

With an ally like Erdogan, Ukrainian President Zelensky now needs no enemies. The vague Turkish allusion to assistance for the “liberation of Crimea” speaks volumes about Turkey’s new strategy as it has unfolded in Syria, Libya and Iraq. For Turkey, Crimea remains a former Ottoman territory and Ankara’s influence over Crimean Muslims remains a rather formidable lever. Russia has, moreover, recovered Crimea thanks to the decisive contribution of its own Muslim populations in the Caucasus, and more particularly the Chechen special forces.

However, the Sultan spoke of maintaining Crimea in the Kiev influence zone. A tactical politician assertion that in no way reflects the substance of the thinking of Turkish President Reçep Tayyip Erdogan according to Russian analysts. For the latter, Erdogan is far too skillful compared to his sorely inexperienced Ukrainian counterpart. The sale of Turkish drones to Ukraine follows the increasingly blatant involvement of Turkish special services in Ukraine and for Russian military observers, this activism foreshadows a situation in which the power of Kiev could be “devoured” by the Turkish under the nose of all the other NATO countries which push Kiev to start a suicidal war against Russia.

In diplomatic speech, Turkey calls for the reduction of tensions in the Donbass region as Ukraine wants to join NATO at any cost. The Ukrainians have already lost the flagships of their military industries, shared between the Americans and the Chinese. The arrival of the Turks is aimed at what is left and, as one Turkish analyst so aptly summed up, everything else.