[ Editor’s Note: This story has the strong whiff of a manufactured miscalculation. Disappearing over $110 billion in foreign reserves in Iran’s accounts would obviously have cramped its borrowing power during the pandemic, as mentioned below.

Gosh, who would that benefit? So one next has to ask who gave the OK to ‘find’ the missing reserves, and what was their motivation to do so? Were the reserves used a collateral, rented out as such, to help someone else out look stronger than they were?

Notice there is no mention in the story of any investigation on how the ‘mistake’ was made.

The only solution to this type of top down currency manipulation is to not have just the centralized payments clearing system that we have. But that would be easier said than done, as access to the predominate international accounts clearing system is so critical for most entities.

Currency exchange arrangements and bartering are possible options, but we have seen only a snail’s pace movement on it so far, when it is such an important issue for some countries. That is a strong hint that it is easier said than done.

The ability to issue sanctions is a license to kill economically, and hence should have some authority over it to prevent abuse. Not only have we seen nothing done, but very little public discussion. Gosh, who benefits from that?… Jim W. Dean ] 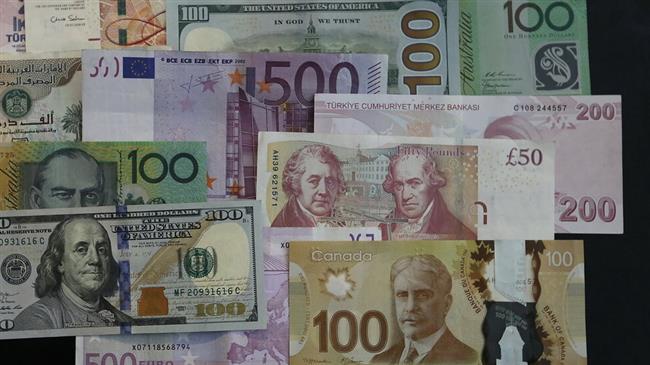 The International Monetary Fund (IMF) has corrected its wrong estimate about the amount of Iran’s foreign exchange reserves in an official note sent to the Central Bank of Iran (CBI), says a CBI statement.

The statement released on Thursday by CBI’s public relations office said that the IMF had sent an official email to the bank announcing that Iran’s gross international reserves had amounted to $115 billion in 2020, thereby correcting a previous estimate of only $4 billion.

The statement said that the IMF had admitted in the email that it had misjudged the situation around Iran’s foreign currency reserves by calculating the sheer amount of resources that are accessible to the country.

It said the email had come after the CBI launched an official protest to the IMF about the estimate.

Hemmati had even suggested that the calculation could represent IMF’s biased approach toward Iran as the organization has refused to grant the country a loan it needs to tackle the coronavirus pandemic under alleged pressure from the US.

The IMF had explained in the footnotes of its recent Regional Economic Outlook report that the data about the amount of Iran’s gross international reserves had been amended so that they could represent the assets that are readily available to the country following the imposition of US sanctions in 2018.

Iran holds tens of billions worth of blocked reserves in banks in other countries where financial authorities say they are unable to process the funds within the US dollar system over fears they might face penalties by Washington.

CBI’s Thursday announcement said the bank would continue to press the IMF to fix other issues it has raised about the Regional Economic Outlook and its data on Iran.

CBI governor Abdolnasser Hemmati said earlier this week that the IMF had used flawed data and incorrect methodology to calculate the amount of Iran’s foreign reserves.