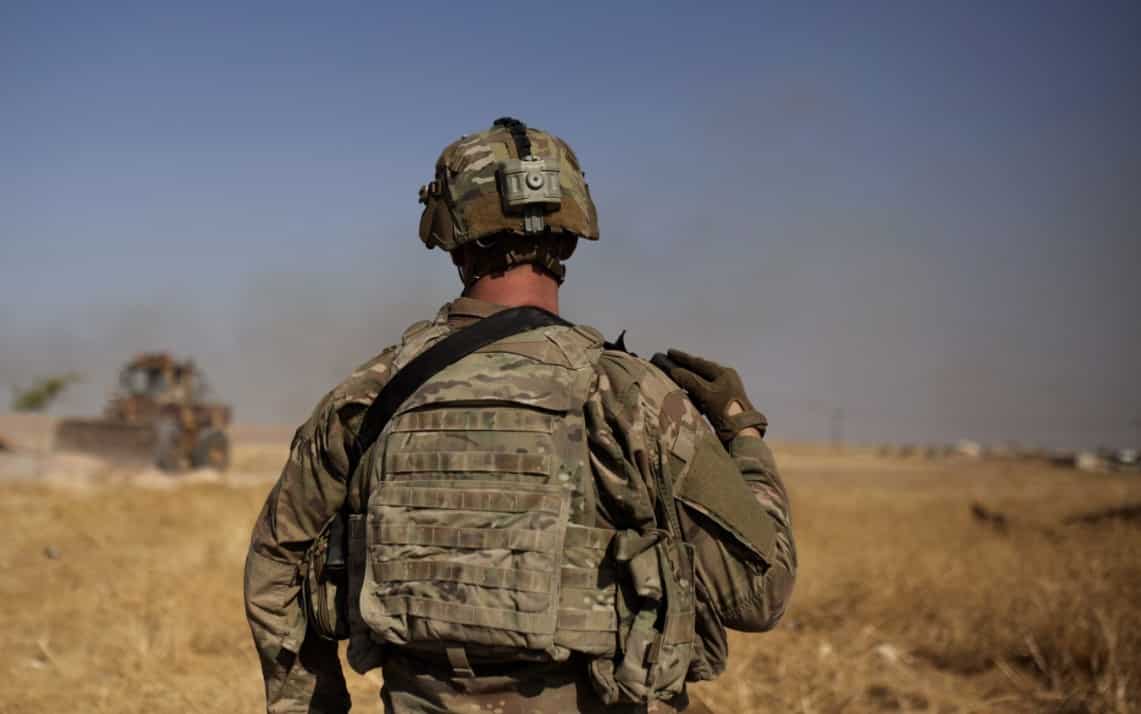 VT: We have watched the extreme deterioration among America’s special operations troops for many years.  In Vietnam, for instance, SEALS saw little or no combat.  Special Forces, who were largely administrative, did much less fighting than Marines or Army airborne units or “brown water” Navy.

In fact, the special operations community has had a “free ride” for a very long time, piling on rank, and getting involved in drugs, human trafficking, stealing millions in cash and then joining corrupt contracting firms like Blackwater, getting huge salaries for supporting fake wars.

When they get back home…they strut around as though they were in real combat in Vietnam, which they weren’t, and play suck up to rich “spook lovers” who pay for hunting trips and pick up the tab for teenage prostitutes.

VT has watched…we have attended over and over and we also run one of the largest of these groups as well and know of which we talketh. 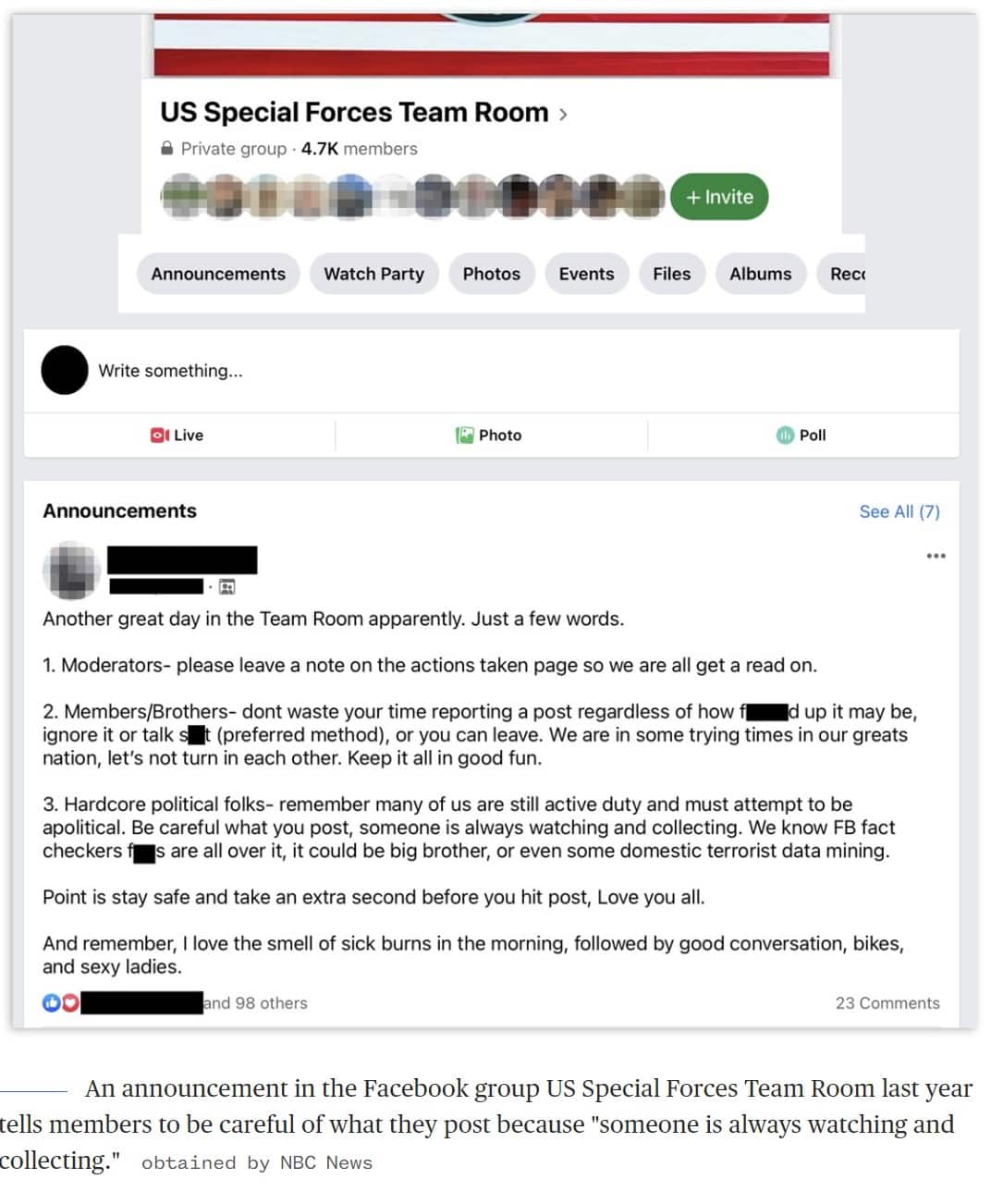 One Facebook post in a forum shows a member of a special forces group complaining that several aides to former Vice President Mike Pence were part of a “Concerted effort by the thieves and pedophiles walking the hallowed halls of the peoples government” to undermine former President Donald Trump, according to NBC News. 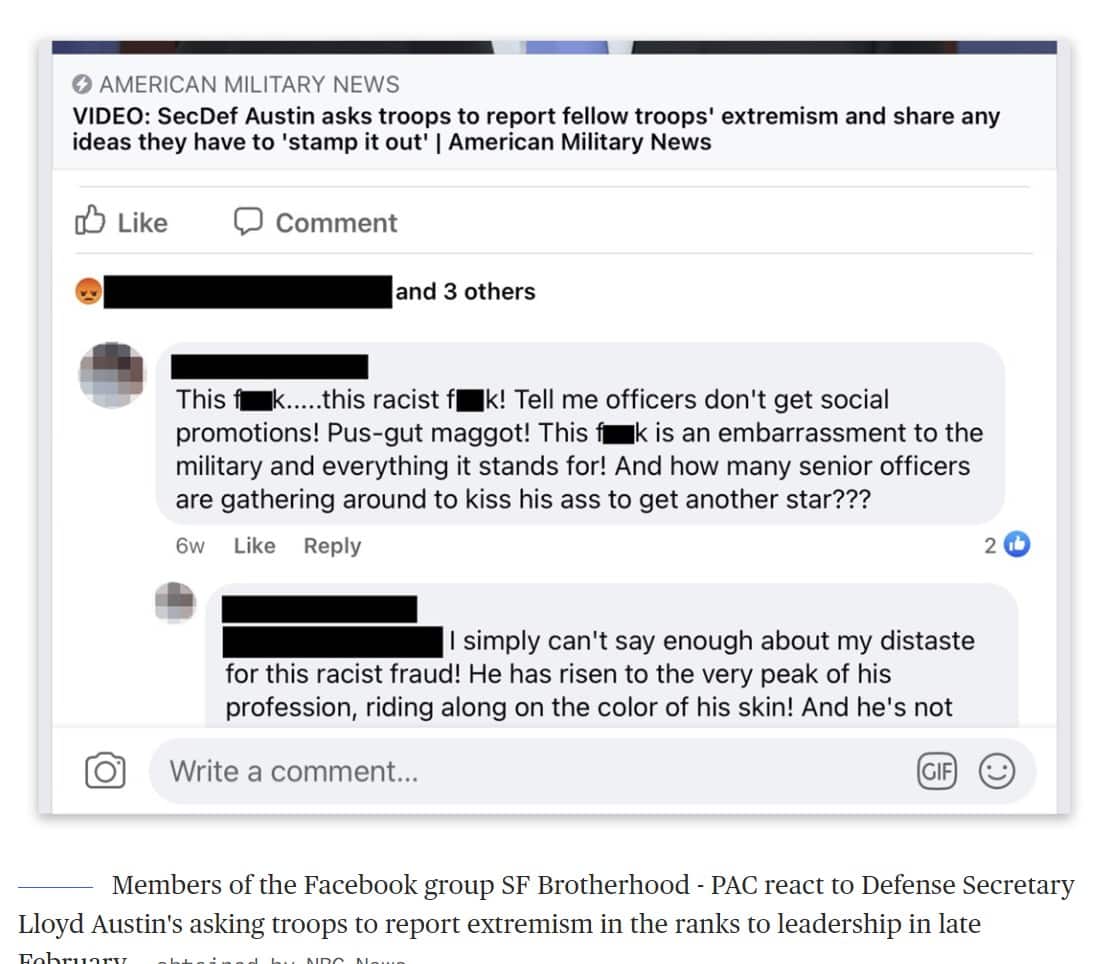 “In a just world, they would have already been taken out behind the court house and shot,” a member commented.

“Trump was sabotaged once again!” a member of US Special Forces Team Room wrote Jan. 7 about the Capitol riot, adding that “trying to get to the bottom of the obvious election fraud now looks like it doesn’t have a chance.” 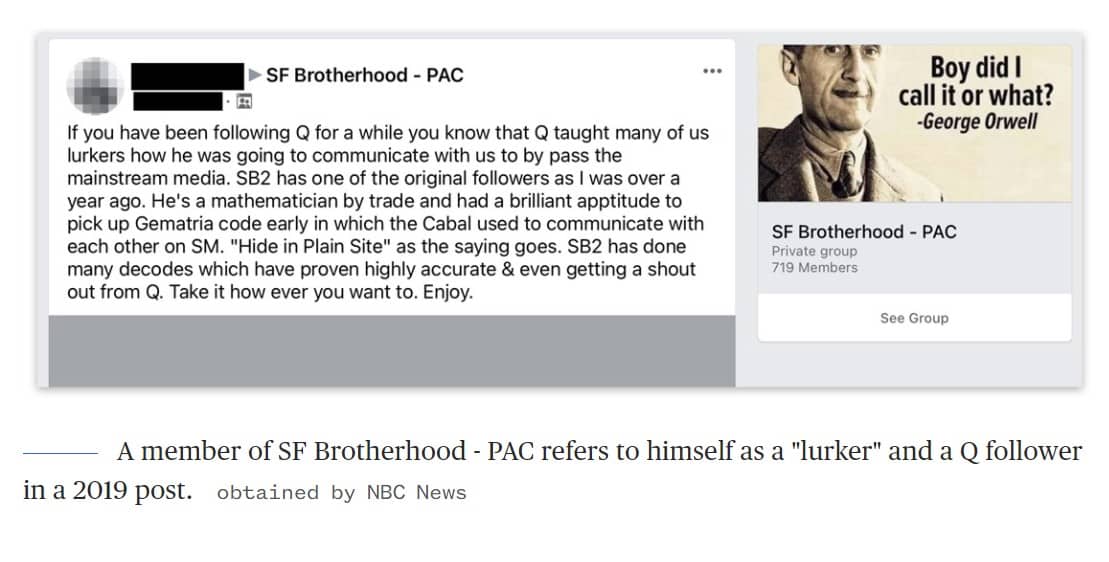 Former Army Ranger and Green Beret says that the story of “radicalization in special operations is a story that needs to be told.

“It has shocked and horrified me to see what’s happened to these guys in the last five or six years,” he said.

Extremism in the military has been a closely watched phenomenon, especially after the riot at the U.S. Capitol on Jan. 6. But as NBC News points out, it’s especially worrying to see such high levels of America’s military being vulnerable to such corrosive ideologies.

According to former Green Beret Robert Wilson, members of these forums “are radicalizing themselves online, just like many of these lone-wolf ISIS terrorists did.”

“It’s a problem, and it’s an internal threat to the United States,” said Wilson, who was counterterrorism director on the National Security Council during the Obama and Trump administrations.

Read the full report over at NBC News.

WASHINGTON — They’re the most elite, lethally trained members of the U.S. military, widely considered the best of the best. And yet in secret Facebook groups exclusively for special operations forces that were accessed by NBC News, they share misinformation about a “stolen” 2020 election, disparaging and racist comments about America’s political leadership and even QAnon conspiracy theories.

Among the hundreds of Facebook posts NBC News reviewed from forums for current and former Rangers, Green Berets and other elite warriors: a member of a special forces group lamenting that several aides to former Vice President Mike Pence were part of a “Concerted effort by the thieves and pedophiles walking the hallowed halls of the peoples government” to undermine former President Donald Trump.

“In a just world, they would have already been taken out behind the court house and shot,” another member commented.

In yet another post, a member of one of the groups responded to criticism of the Black Lives Matter movement with an image of a noose and the message “IF WE WANT TO MAKE AMERICA GREAT AGAIN WE WILL HAVE TO MAKE EVIL PEOPLE FEAR PUNISHMENT AGAIN.”

While the majority of the content in two of the groups, SF Brotherhood – PAC and US Special Forces Team Room, is political in nature, the forums shouldn’t be seen as reflective of the overall views of the whole special operations forces community.

Collectively, the two groups have more than 5,000 members, with some belonging to both. U.S. Special Operations Command has about 70,000 personnel, and there are tens of thousands more retired members of special operations forces.

Other posts promote conspiracy theories that those involved in the Jan. 6 riot were members of antifa and Black Lives Matter, not Trump supporters

Other posts promote conspiracy theories that those involved in the Jan. 6 riot were members of antifa and Black Lives Matter, not Trump supporters