[ Editor’s Note:  Mr. Reza Karimi is 43 years old, born in Kashan, Iran, close to the Natanz facility, which indicates that he was a long time sleeper agent.

Natanz’s main and backup power lines were blown up by a 150-kilogram bomb early on April 11, hours after Iran publicly began using advanced IR-5 and IR-6 centrifuges at the site, in open breach of the 2015 international nuclear deal, according to the Times of Israel, totally exposing Israel as the perpetrator. Iran had the right to increased production due to the US breach of the JCPOA.

The supposed Interpol “red notice” listed his travel history as including Spain, the United Arab Emirates, Kenya, Ethiopia, Qatar, Turkey, Uganda, Romania and another country that was illegible. Iran really screwed up here with a guy with this much extensive travel being allowed anywhere near a nuclear plant, are you kidding me? Where there is one, there are more.

Alireza Zakani, the hard-line head of the Iranian parliament’s research center, referred to “several thousand centrifuges damaged and destroyed” in a state TV interview. However, no other official has offered that figure, and no images of the aftermath have been released.

On Monday, an Iranian official acknowledged that the blast took out the plant’s main electrical power system and its backup. “From a technical standpoint, the enemy’s plan was rather beautiful,” Fereydoon Abbasi Davani, the head of the Iranian parliament’s energy committee, told Iranian state television on Monday.

“They thought about this and used their experts and planned the explosion so both the central power and the emergency power cable would be damaged.”

The report said that Iran’s Atomic Energy Organization spokesman, Behrouz Kamalvandi, said the explosion inside the bunker had created a hole so big that he fell into it when trying to examine the damage, injuring his head, back, leg and arm.

Channel 13 reported that IDF chief of staff Aviv Kohavi and Mossad head Yossi Cohen will be at Sunday’s meeting, and that ministers will discuss whether to carry out more attacks targeting Iran’s nuclear program or seek calm.

The report said Gantz favors an “active approach” on Iran, but that he also fears the chatter on the issue is causing “real damage to the security of the state” — both embarrassing the Americans and making it harder for Iran to restrain itself from retaliating.

Gantz on Monday called for a high-level investigation into recent apparent leaks to the press by Israeli officials regarding attacks on Iran, saying they were “damaging to our troops, to our security and to the interests of the State of Israel.”

In closing, once again the Zios have made a fool of an American president, showing that right in the middle of a critical negotiation, it will initiate an attack like this, a ‘fuck you’ display of power, and daring Biden to do a thing about it or the Jewish Lobby will be unleashed against his legislative agenda.

I will say once again, Israel is a major security threat to the US; and all those in US official positions who do nothing to stop it, which is exactly the case, are aiding and abetting.

Israel is ten times the threat that Iran is. If the public continues to sit on its ass and do nothing, then we deserve to be treated like this by our dear Israeli friends.

What is going on here is that Iran is being pushed into full nuclear weapons production as a no brainer only way to secure itself. Whose fault will that be? It will certainly not be theirs, as they have stated that they never wanted nukes. Iran hardliners might win the next election now because of the failed US game of playing the nice guy, while Israel does all the dirty work.

Count me out. I prefer sanctions on Israel, now. Who has earned them more than the Israelis? They even sent some dancing Israelis to entertain us on 9-11 and we did nothing but send them home, and we probably paid their airfare… Jim W. Dean ] 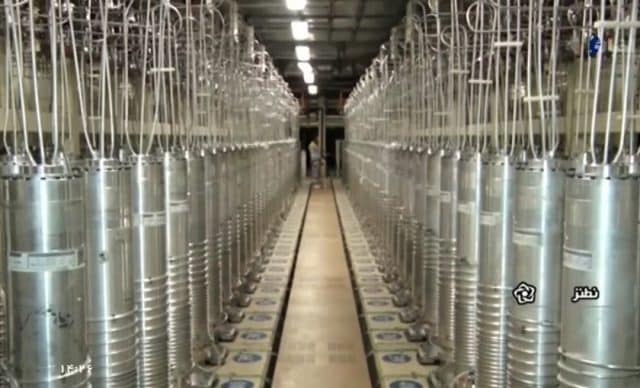 Iran’s Intelligence Ministry has identified the culprit behind the recent act of sabotage at its Natanz nuclear facility, who had fled the country before the attack.

The Natanz nuclear site was hit by an attack on Sunday which Iran called “nuclear terrorism” and a “war crime”. The attack, which Iran blamed on Israel, targeted the electricity distribution network of the Natanz enrichment facility and caused a blackout.

On Saturday, the Islamic Republic of Iran Broadcasting said the Intelligence Ministry had identified the man behind the act of sabotage, adding that the suspect was identified by the ministry’s forces as .

“The perpetrator of the sabotage act at the Natanz nuclear facility, whose picture has been published for the first time, is Reza Karimi, who fled abroad before the incident,” the IRIB reported.

According to the report, Tehran is taking legal actions at the international level to have him arrested and returned to Iran. The picture was released days after a security source said the key individual responsible for the incident has been identified.

“Necessary measures are being taken to arrest the main element behind the disruption in the power system of Natanz complex,” Nour News on Monday quoted the source as saying.

Following the Natanz attack, Iran notified the International Atomic Energy Agency of a plan to start 60-percent uranium enrichment, which has different applications, one of which is for the production of radiopharmaceuticals.

On Friday, Tehran announced that its first batch of 60-percent enriched uranium was ready at the Natanz nuclear facility.

The developments coincide with high-profile talks in Austria’s capital, Vienna, to restore the Iran nuclear deal of 2015, which was savagely attacked by former US President Donald Trump, who withdrew from the pact in 2018.

The United States has rejected any involvement in the Natanz incident, with White House press secretary Jen Psaki saying “We have nothing to add on speculation about the causes or the impacts.”

But observers believe Israel, through the act of sabotage, intended to kill the prospects of a revival of the nuclear deal, which would include the lifting of the United States’ illegal sanctions on Iran. Iranian officials agree with the analysis.

Israel, as a matter of policy, neither confirms nor denies such acts. But this time, there has been plenty of anonymous confirmation in the media by unnamed intelligence and Western officials. Also, senior Israeli officials, including the regime’s Prime Minister Benjamin Netanyahu, have publicly hinted at Israeli role in the attack.

Top Iranian generals have repeatedly warned Iran’s enemies – Israel in particular – that the country’s Armed Forces are ready to respond firmly to any threat or malicious act.

“We are ready to respond decisively to any kind of threat and evil action of the enemies,” Chairman of the Chiefs of Staff of the Iranian Armed Forces Major General Mohammad Baqeri said in a message on Friday.

Baqeri added that the Iranian Armed Forces have undermined the Israeli regime’s strategy of using threats against the Islamic Republic.